Kanye West appeared on Jay Leno’s inaugural show last night for a performance with Jay-Z and Rihanna. Before taking the stage however Kanye requested a few moments with Jay to speak about the VMA incident.

At least there’s an attempt at contrition. Whether or not it’s genuine is up to you to interpret. Me, I say it’s a good start. Because I don’t think what Kanye did on Sunday was motivated by arrogance or malice. I think it came from fear.

I wrote yesterday that: I’ve always been a Kanye apologist. I love his music, I find him entertaining. But these stunts, these attempts to at once exploit and then criticise the same ecosystem that made him who he is… these antics are becoming tiresome. And pathetic.

Self created drama in the search for inspiration…

Like his well is empty. And he’s pillaged everything he can from his past struggles and now there’s nothing left, no other option in his mind but to manufacture controversy in the hopes of finding a muse on the other end, a desperate artist fearing his last masterpiece is behind him, and selling his soul in exchange for a vision.

Last night Kanye West announced to the world how afraid he is that he’s finished.

He’d rather you be mad at him than sad for him.

Some of you will say he’s doing it because he has to, because he, like Chris Brown, is fighting to save his career. For sure. Of course. Especially since in November he’s supposed to go on tour with Gaga.

But as I’ve said before, forgiveness is important. When it’s earned it’s important.

Chris Brown tried to earn it by going jetskiing and clubbing immediately after the incident.

Kanye West is trying to earn it by getting on his knees, repeatedly, to say sorry, to show that he is weakened, to announce that he does indeed know that he sucks, hard, and that he’s trying to stop sucking soon.

Kanye West is prostrate, knocked down in submission. Whatever the motivation, he has been shamed, and he is ashamed. I’m not saying it’s wiped clean. But it’s not a bad beginning. 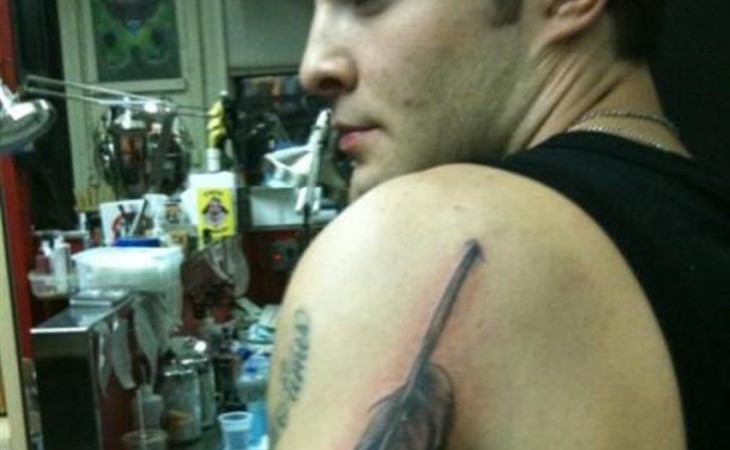 Lainey’s ShameF-ck Got Some Shameful Tats