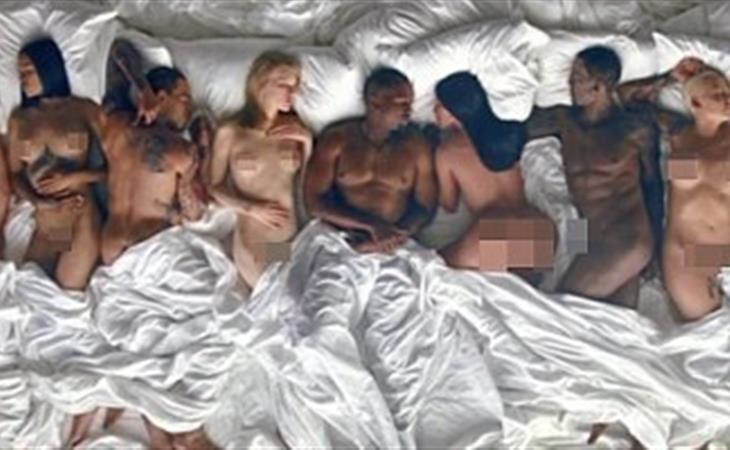 Oh, Kanye. The Famous video is SO Kanye. First, it was an event. Say what you will about Kanye West but for his entire career, the man has always put next-level effort into his music videos. Yeezy’s hustle is second to none. His videos are always works of art. On Friday night, he premiered his latest artistic expression, the visual accompaniment to his controversial song Famous, with a screening at The L.A. Forum on a 100-foot screen in front of 8,000 people. Those 8,000 people were the first fans to see the music video I’m sure we’ll all be talking about for a very long time.

Oh yeah, each of those notable people (or their likeness) appears NAKED in the video. Oh, Kanye. After obsessively following the hashtag on Friday night and dropping my phone multiple times in disbelief, it took me a full 36 hours to sort through my feelings for Famous. It’s no secret that I am one of Kanye West’s biggest fans but I am also a woman who thinks hard about female representation and exploitation in pop culture. I’m also a woman who believes Bill Cosby’s accusers and to put it lightly, is not a fan of George W Bush or Donald Trump. Or of seeing Chris Brown lying naked next to Rihanna. But I think that’s the point.

In an interview with Vanity Fair, which was released moments after he unveiled the video, Kanye said he is “not in support or anti any of [the people in the video],” and that the visual is simply “a comment on fame.” For this, you can’t deny that Kanye West is brilliant. He is a mad genius. To put this group of celebrities together, exposed in the most vulnerable, voyeuristic manner, as a way to comment on society’s current obsession with fame is shocking. It’s unsettling. It’s outrageous. It’s unbelievable. It’s artistic. It’s SO Kanye. In the same Vanity Fair article, Kanye revealed that he pulled direct inspiration for the viral group shot from an artist named Vincent Desiderio and his painting called Sleep. Here’s a side by side of the original and Kanye’s interpretation.

Kanye took Vincent Desiderio's "Sleep" & brought it to life with a modern twist.. if that isn't genius idk what is. pic.twitter.com/bSDddfQFNo

Let’s talk about Taylor. I would have given anything to see her face when she first saw these images. After the video dropped, I texted Lainey, “how many Swoki pics is it going to take to shut this down?” So far, we’ve seen Taylor Swift and Tom Hiddleston on two separate beach dates with his mother. Sorry T. Swift, there is no amount of mom dates or cable knit sweaters that can make this go away. Aside from the staged pap shots, I’m guessing she’s planning a slow, calculated, meticulous plan of revenge. If I was Kanye, I would be worried.

He doesn’t seem to be worried. After he basically broke the Internet with this video, people were speculating how long it would take for any one of these celebs to sue Kanye. In response, he tweeted and then deleted, "Can somebody sue me already #I'llwait."

Kanye seemed so bold that he even implied that celebrities he pre-screened the video for actually wanted to be in the video.

“Guess what the response is when I show it to them?” he said to VF. “They want to be in the bed.”

One of Kanye’s most famous lines is a sample from Blades of Glory that goes “no one knows what it means, but it’s provocative.” That’s so fitting here it’s laughable.

So, what does it mean if you’re “in the bed?” For most of the faces he chose, I think I get it. The grainy night vision feel of the video is reminiscent of a sex tape. A sex tape made his wife famous. That sex tape was with Ray J, who is laying next to her in the video. Donald Trump and George W Bush are two of the most polarizing, pop-culture prevalent and famous political figures ever. Bill Cosby is, well, Bill Cosby. Chris Brown and Rihanna’s fame reached an unfortunate level after their very public domestic abuse incident. Kanye literally made Amber Rose famous. Caitlyn Jenner is the most famous transgender woman in the world. Taylor Swift and Kanye West’s beef is one we’ll still be writing about when there are gossip bloggers on Mars. I still can’t figure out why Anna Wintour is there. Something to do with Kanye West’s wife’s Vogue cover, maybe?

We may never hear a full explanation from Kanye about why he chose these 11 people specifically but they will forever be linked to him—and each other—because of it.

If you’re a TIDAL subscriber, you can watch the full video here. 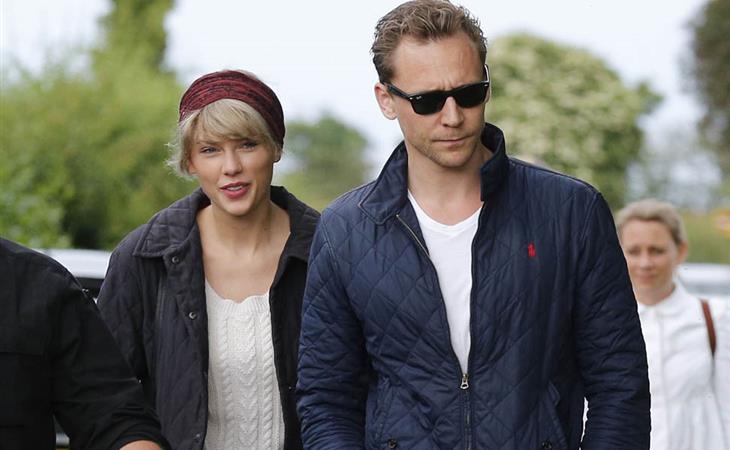