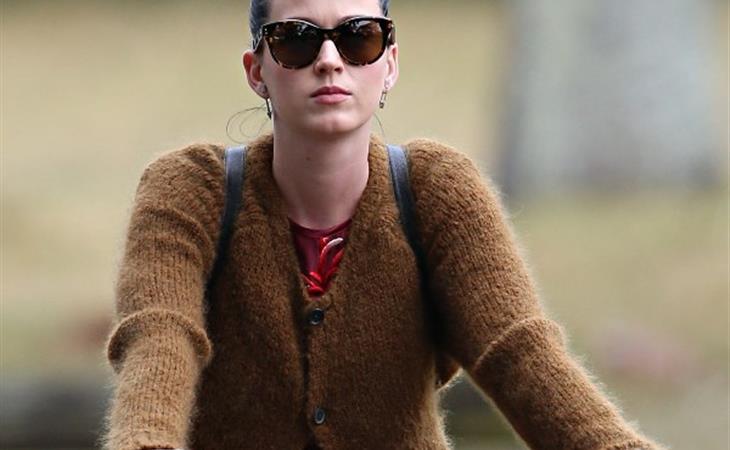 Katy Perry is an inspiration

Dean wrote a post at the beginning of the year called 5 Reasons Katy Perry Must Be Stopped. I was reminded of this while reading Katy Perry’s new interview with NPR (via Dlisted). She was asked about her relationship with the fans (the interviewer actually compared her to Bob Dylan – WTF???) and what it means to be a role model:

“Well, I think I like to be an inspiration. I think when you set out to be an artist, first and foremost - a musician, a rock 'n' roller - you don't come with this kind of, like, hey, I also want to be a role model that, obviously, will let you down because I'm a human being. And a lot of people see me as a role model but I'd like to kind of turn that around and say I appreciate that but I'd like to be seen as an inspiration. Because a role model, I think, will fail you. I mean, I couldn't tell kids when it's time for them to try things or do things. I mean, that's not my role. But, you know, it's funny. I do see myself becoming this, whatever, inspiration out of default right now, 'cause it's such a strange world. Like females in pop - everybody's getting naked. I mean, I've been naked before but I don't feel like I have to always get naked to be noticed. But it's interesting to see...”

Katy wouldn’t say when the interviewer pressed her on who exactly she was talking about but tried to clarify what she meant:

“I'm not talking about anyone in particular. I'm talking about all of them. I mean, it's like everybody's so naked. It's like put it away. We know you've got it. I got it too. I've taken it off for - I've taken it out here and there. And I'm not necessarily judging. I'm just saying sometimes it's nice to play that card but also it's nice to play other cards. And I know I have that sexy card in my deck but I don't always have to use that card. And especially like with this new song called "Unconditionally" that's on the record.”

This is the same Katy Perry who offered us her titty cupcakes, right? 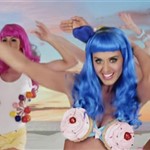 And the same Katy Perry who jizzed out of her titty popsicles? 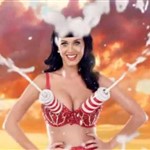 What she thinks she’s saying here is that when she gets naked, is being sexual etc, it’s by choice, and she doesn’t always choose to get naked and be sexual. Fine. But apparently she’s the only one smart and savvy enough to make those choices. For some reason, Katy hasn’t bothered to allow for the possibility that when other people are doing it, just like her, it’s a card they’re playing too. Because she’s the only one smart enough? Way to stick up for the girls, Katy Perry. When did she get so f-cking sanctimonious?

But then again, that makes sense. Makes total sense coming from someone who once declared that:

"I am not a feminist, but I do believe in the strength of women."

Katy Perry has a lot more in common with Jessica Simpson than just John Mayer. 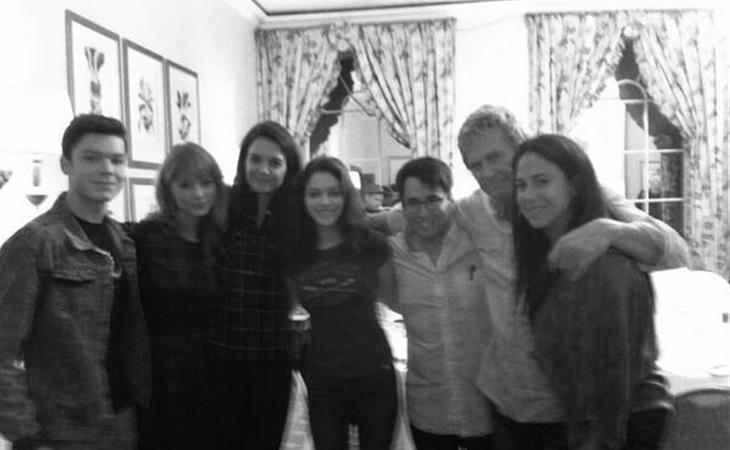