Keith Urban was in North Carolina yesterday for Idol auditions where, as reported earlier, the situation was a lot less tense than it was the day before. Next stop: Baton Rouge, Louisiana. Only Keith had to quick-fly over to New York first to be with his wife. Here he is at her side at the New York Film Festival Nicole Kidman Gala Tribute last night but really just a jerkoff opportunity for The Paperboy since this happened in New York and you’d think, given her career, a lot more people would have shown up if it actually meant something but it only ended up being Lee Daniels and some of the people involved with The Paperboy and not even Zac Efron or Matthew McConaughey. Ordinarily I’d say something about Keith being summoned so as to help Granny Freeze along with her illusions of perfection but after what he’s gone through, being stuck between Mimi’s passive aggressive boasting and Minaj’s increasing fury, hanging out with Nicole must be sanctuary. And besides, no one gives a pep talk like her either. Remember why we’re doing this, Keith. Think of the boost to your career. It doesn’t come without sacrifice. Don’t talk to me about sacrifice. I know about sacrifice. And I know about the reward. The reward is there for you, Keith. Don’t you want it bad enough?

Nicole Kidman doesn’t get enough credit for how driven she is. She doesn’t give herself enough credit for how driven she is. I’d be so much more interested in hearing her thoughts on how driven she is, without apologising for her ambition, over her attempts to convince me that she’s not a control freak about it all - her career, her face, her image. Ben Affleck declared a couple of weeks ago that he had no interest in being a stay-at-home dad. That when he’s with his girls sometimes he thinks about work and is, admittedly, not as “present” emotionally as when he’s on set. If these words were coming from an actress? It would be career suicide. Ben Affleck will likely receive an Oscar nomination this year. 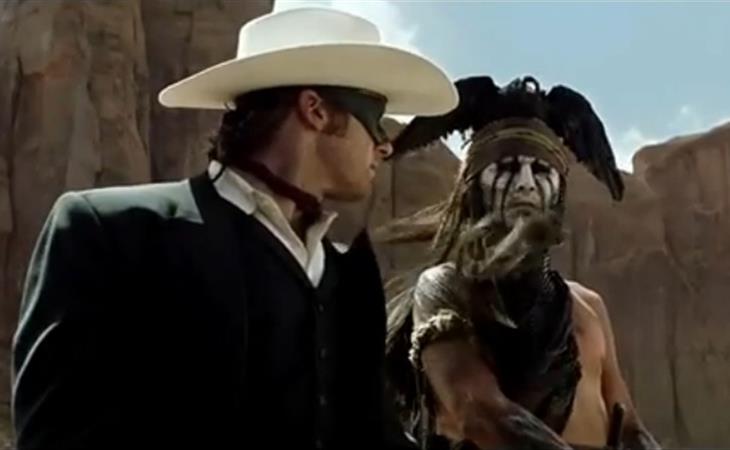 Johnny Depp ‘s Tonto might not be a joke