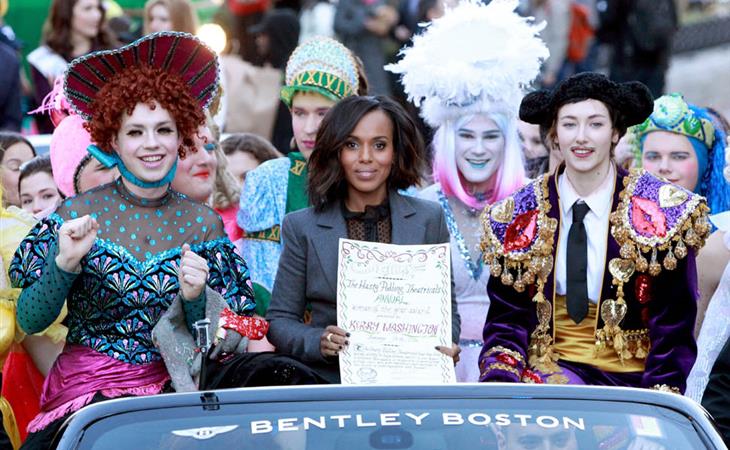 Kerry Washington, Eva Longoria, Elizabeth Banks, and Reese Witherspoon are featured together on the cover of the new issue of Entertainment Weekly for a discussion about women in entertainment – the pressures, the expectations, the inequality, their achievements, and their goals. The article is called Beyond Beautiful. 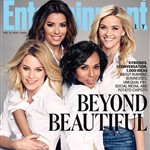 In the highlighted excerpts, Kerry talks about failure and how women are often punished more and longer for failing in Hollywood than men. Think about Adam Sandler. Right? And then think about the enormous weight that female-led comedies have to carry because if they don’t do well, it might be another year, or more, before those stories are pitched again. Sandra Bullock, Melissa McCarthy, and Paul Feig said as much when The Heat came out a few years ago and how if it under performed at the box office, the studios would use that as an excuse to say that women in funny movies don’t sell. Which is why women are made to feel that good, or even medium good, isn’t good enough. That they have to be goodx10 just to feel like they’re even. Kerry Washington says that that sentiment is felt by actors of colour too and that the goal, eventually, is to get to the point where women and minority performers can, well, be like Adam Sandler – not extraordinary:

“It reminds me of this line that Shonda Rhimes wrote on our show that has really resonated with African-Americans. It’s this idea you have to be twice as good to get half of what they have. It’s something that most black people I talk to, when they heard that line, it completely resonated with how they were raised and the messaged their parents gave them. ‘That’s just the truth.’ I think it’s the same for women. You just know, you have to be twice as good. In a way, until girls don’t have that feeling, we will not have done our jobs. That’s almost the point: to not feel the pressure to be extraordinary.”

Does that remind you of VOGUE? I’ve made this point before but I think it’s worth making again – that in order to get a VOGUE cover in America if you’re a non-white entertainer, you basically have to be Beyonce, Rihanna, Oprah, Lupita, and Michelle Obama. In other words: singular. Beyonce. Rihanna. A billionaire. An Oscar winner. THE FIRST LADY. As opposed to Blake Lively, Jessica Biel, Sienna Miller, etc, etc, you get it.

Quick google check and this: I see four different covers of US VOGUE featuring Blake Lively.

Quick google check and this: Kerry Washington has never covered US VOGUE. She was, however, recently honoured by Harvard. 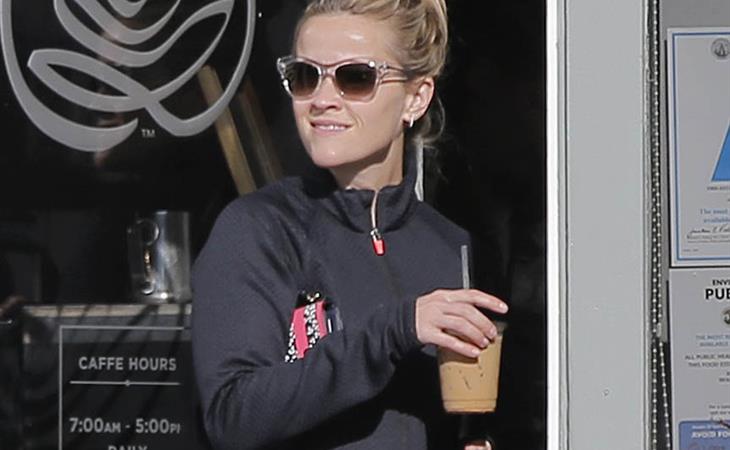 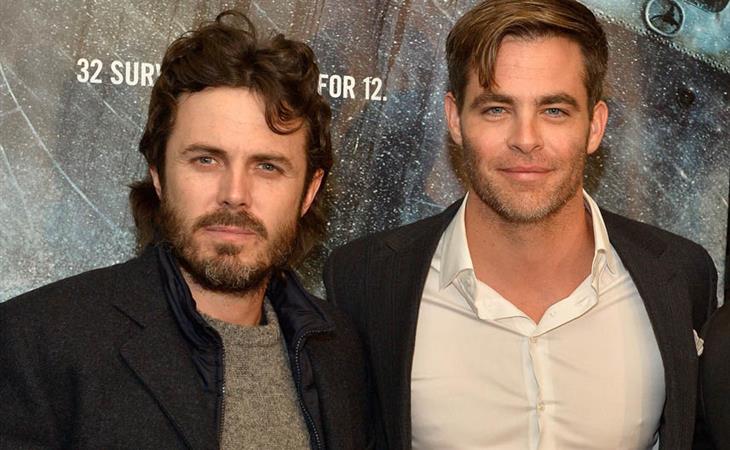