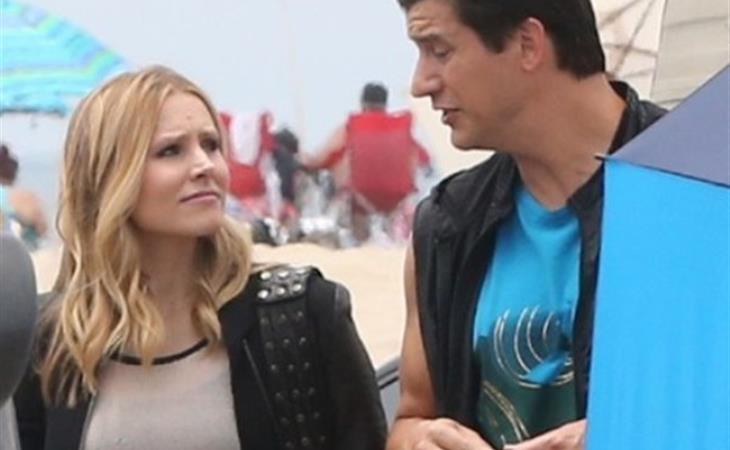 Behold, the greatest delight the Veronica Mars Movie is going to present to us, or at least, the delight that will be mostly pleasure and not at all spiked with pain.

I love him. I can’t help it. I love that reedy voice of his. Also, it should be noted that Ken Marino is drinking the blood of virgins or something, because he does not age at all. In fact, I recently, way too late, saw “Wet Hot American Summer” (how I wish I’d been 23 and stoned the first time) and basically he looks the same now as he did in that movie shot 13 years ago.

What’s more, Vinnie and Veronica look like they’re working together, right? I guess there’s always the possibility that when they roll, she’ll tumble out of that van, where she was previously trapped, but it looks like Roscoe Security Specialists is working out for them both. Also, he’s sleeveless. Squee!

One more note – K. Bell is for sure wearing wedge-lift sneakers, isn’t she? How happy were costume designers when those became an actual thing? How happy are DOPs that they don’t have to frame apple boxes out of shots (if they’re on a contemporary show/movie where the tiny actress might conceivably wear them)?   How much of a nerd am I? 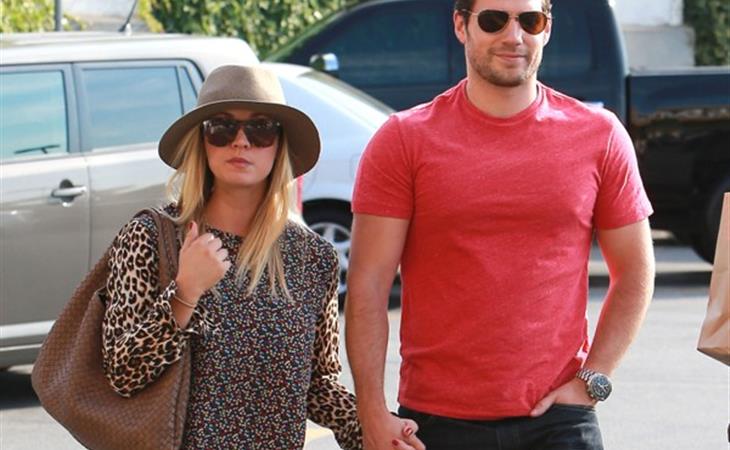 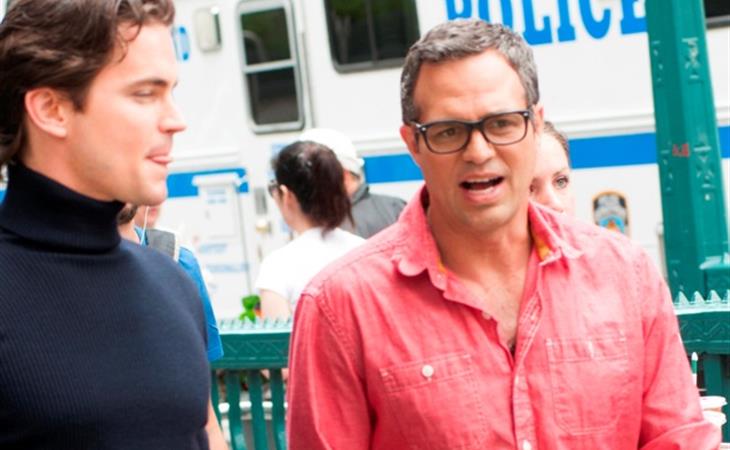