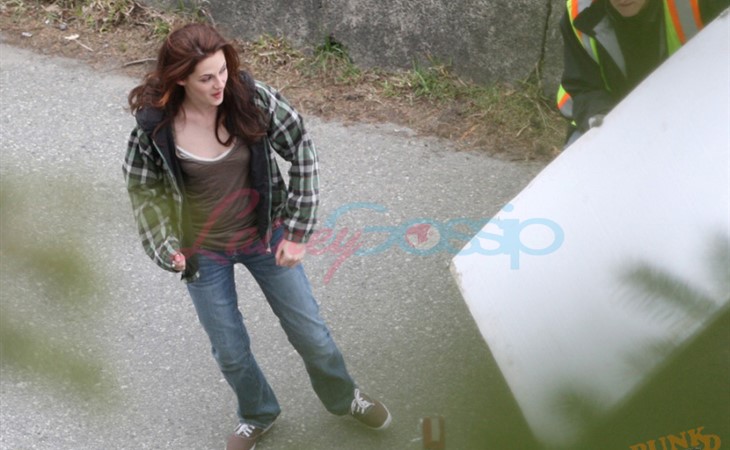 These are exclusive on set photos of Kristen Stewart and Taylor Lautner as Bella and Jacob shooting scenes in what’s supposed to be La Push yesterday for New Moon.

As you can see, they’re both wearing wigs. Movie making magic! And I always thought her hair was that thick and lustrous! There’d been a lot of questions about whether or not Taylor could grow into the role. From the back, Taylor does look kinda man now. Kristen’s make up is great. Am all over the stain they use on her lips. Gorgeous.

Right now, filming has primarily involved these two with some wolf shots thrown in here and there. However, while Taylor/Jacob will feature prominently, right now there are several “Edward” dream sequences planned, just so the crazy fan moms don’t lose their sh-t over not enough Robert Pattinson. Whether or not those parts make it to the final cut is another story.