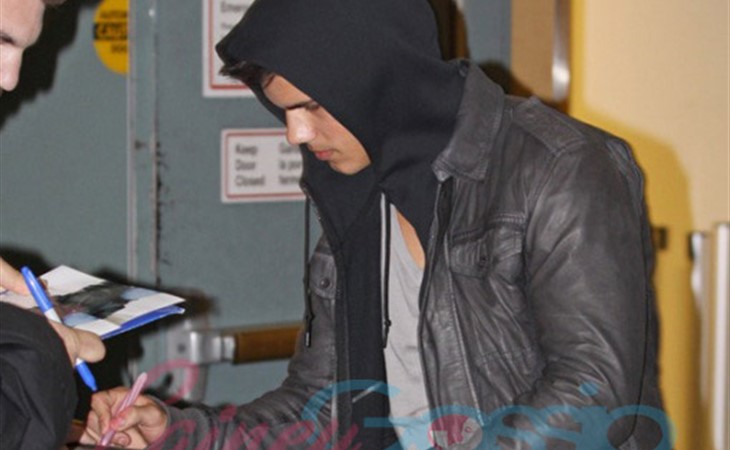 Robert Pattinson was supposed to present at the Kids’ Choice Awards on Saturday. Instead, Twilight was represented by Taylor Lautner. They are trying their best to make him a star. To give Pattinson a challenge, if this is possible. Twi-hard losers seem pretty keen on the Open Mouthed One. More on him later. For now, let’s help with Taylor’s cause. Photos attached of Taylor on the carpet for Nickelodeon and also arriving back in Vancouver on Sunday night to shoot again this week.

Meanwhile, Kristen Stewart was joined by her BF Michael Angarano and her BFF Nikki Reed on Sunday. Here they are coming from late lunch. Interestingly enough, a short while after their meal, Nikki was spotted heading over to Rob’s. She stayed at his place a few hours, then they went out and hooked up with some friends…

Next question, I know it’s coming: