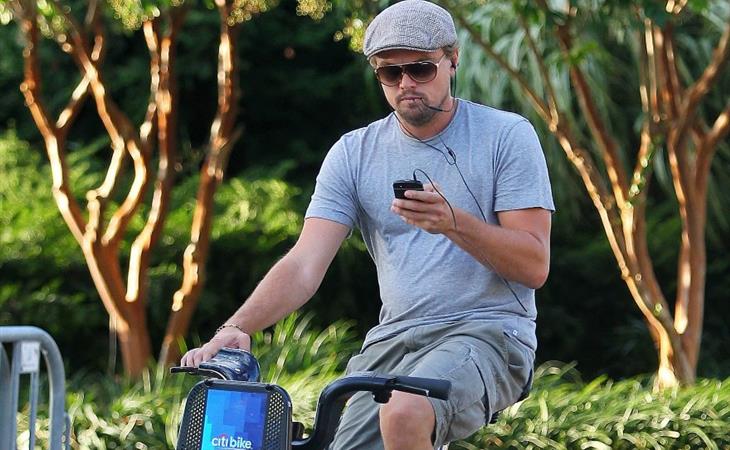 Those photos I posted of Leonardo DiCaprio yesterday at the US Open – click here for a refresher – it turns out there’s a story behind them. A few people who were there have emailed me with the same account. I’ve attached Erin’s description below.

Leo didn’t want to be on camera.

Leo will do anything to not be on camera.

Leo wouldn’t be on camera for the fans. So the fans kept their cameras on Leo.

My family and I went to the US Open yesterday afternoon and while we were watching Djoko defeat poor Marcel Granollers in Arthur Ashe, we saw the strangest thing. During a changeover, the stadium sound system burst out into “My Heart Will Go On.” At first the jumbotron was showing couples but then they found this man sitting with his grey newsboy cap pulled down, talking to a friend next to him. When the subtitles revealed Leo’s identity, the crowd started cheering and screaming. Leo, however, had no time for it. He ignored the camera and the crowd, continuing his very pointed conversation with his bro next to him in his box. The camera stayed on him for at least a full minute, waiting for him to at least look up or give a slight wave – something. But nope. Leo instead ended his conversation, pulled his hat down further, and slouched down in his seat with his head hung, waiting us out. By this point the crowd was practically booing him while also searching the stadium for his box. It was ridiculous – almost everyone in the place was scanning the boxes for any sight of his douchy newsboy cap. Nearly the entirety of Arthur Ashe was ignoring the world’s #1 men’s singles player to find Leo. As people began to find him they pointed, even stood up, and showed the others around them. He endured it for a moment before standing up and storming back into his box. A wave of laugher and SMH-ing rolled through the stadium and attention went back to the match.

Maybe 20 minutes later, during another changeover, the camera was panning around the stadium again. In a moment of pure ballsyness, the camera once again settled on Leo. Homeboy had moved to another box, a level down and all the way across the stadium, and he was hanging by the windows, smoking his e-cig and laughing it up with a few blondes. (The pictures on your site are from his second spot!) This time it took him a few moments to realize what was happening, but as the stadium began to laugh and cheer wildly – perhaps a tad obnoxiously – Leo looked up, his face fell, and he dropped to the floor, hiding under a table, à la Carrie Underwood.  Unfortunately Djoko ended the match before we could find Leo’s next hiding place. Ridiculous!!
Erin

Let me remind you of the Carrie Underwood:

Attached – Leo on a bike in New York yesterday. He very well may have rode himself into a sewer after this was taken. 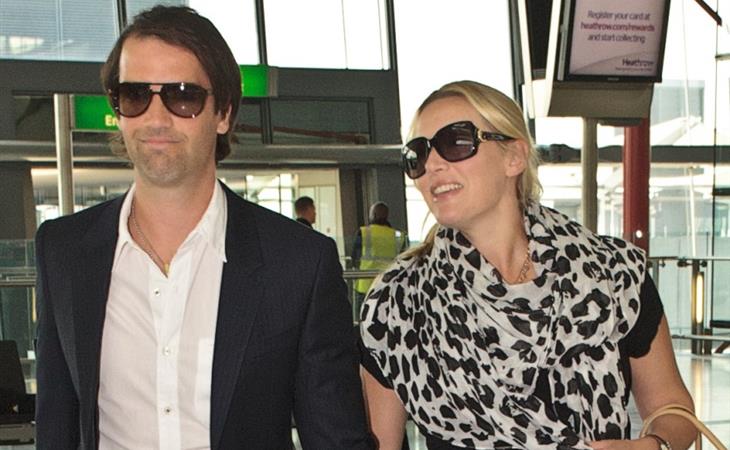 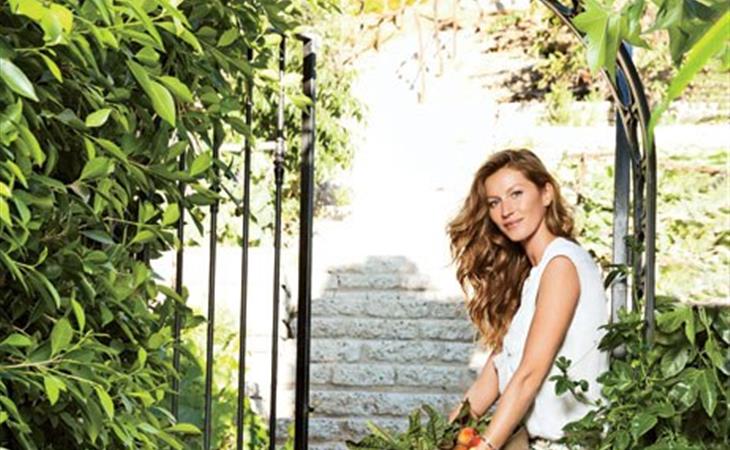