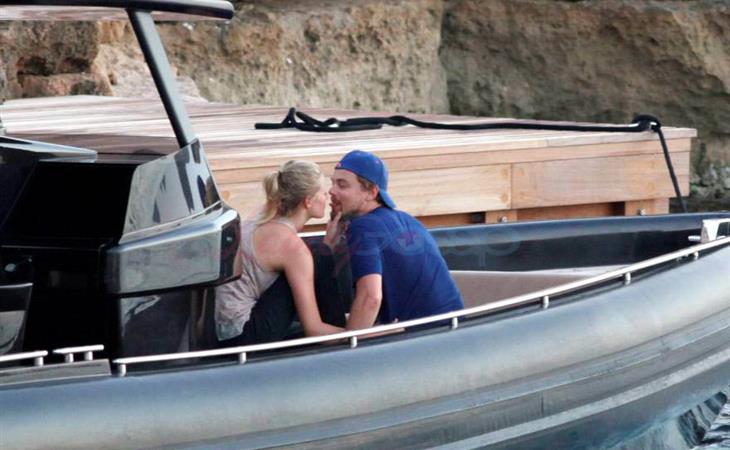 Leonardo DiCaprio skipped out on the Australian premiere of The Great Gatsby because…well… according to Baz Luhrmann, who graciously defended him, there were “personal reasons”. Gatsby was filmed in Australia. The location obviously means a lot to Luhrmann, the director. But Leo bailed and stayed back in Cannes instead, which is where he met his current model girlfriend, Toni Garrn, now 21 years old, and they’ve pretty much spent the entire summer together on an extended holiday – Europe, Miami, NYC, LA, Belize, and now Ibiza. With billionaire Vladimir Doronin, Naomi Campbell’s ex-boyfriend, who cheated on her with her model mentee Luo Zilin, 25. It’s hard being Leo, you know?

Here he is, sticking his tongue out at Toni before kissing her full on the mouth. And smiling. That was a few days ago. Since then, he’s been made aware that the paps know where he is. Which is why he was back to his usual yesterday and hiding under a towel.

Is that gross? Rich dudes in their late 30s and 40s with a strict age requirement for their female companions? Or… am I just being old fashioned and c-nty? 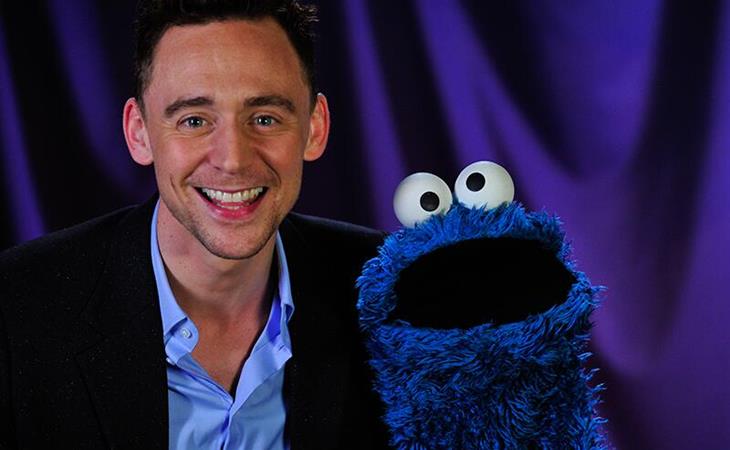 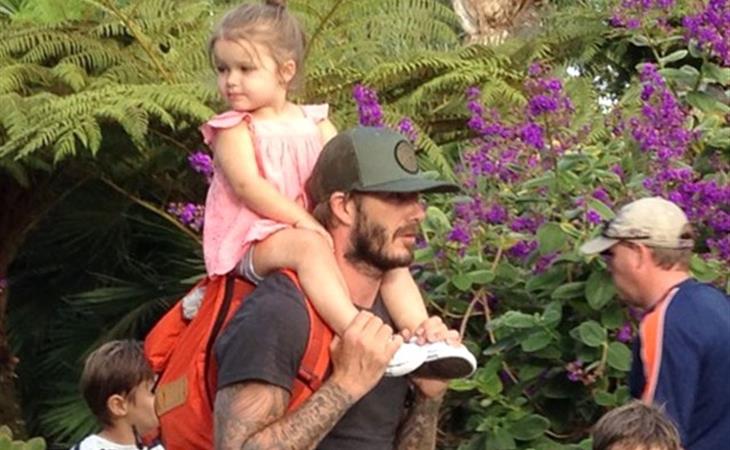