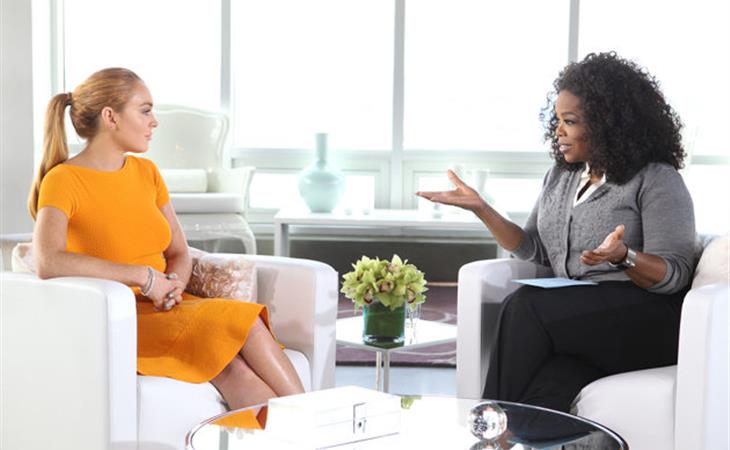 Well, the language was there. Lindsay Lohan knows how to say the right things. And when she can’t find the right words, Oprah helped her. It was as you’d expect from Oprah – a pressing first question, and very little follow-up. Like the part when she asked Lohan what she learned about herself… and then just dropped it when the question was deflected. Oprah also managed not to As IF the camera when Lohan insisted that she’d only used cocaine 10 or 15 times. By the way, since when are 10 and 15 the same?

Fine. It’s not a Lance Armstrong situation. And ultimately, Oprah is invested in Lohan’s “truth” and recovery. She wants us to be impressed that Lohan’s not on Adderall anymore. That that’s the significant difference between this time and all the other times. Oprah Church is telling us to give Lindsay Lohan a 6th (or would it be 7th?) chance. Will you? Should we? Should we believe that Oprah has delivered a miracle? Oprah walks on water. Oprah finds the fish. Oprah has cured the leper Lohan…?

But Oprah minds a flock of millions. Lohan is just one lost lamb among so many who need saving. What happens when Oprah’s eye moves on, as it must, to the others looking for guidance?

In her “spirituality”, there are signs of the Lohan we’ve known for the last few years: note that in her claims of being a “spiritual person”, it all related back to how she has a “gift” – her talent, squandered by distraction, ready to be reclaimed so that it can be “shared” with the rest of the world. THAT, right there, is the “special”. Lindsay Lohan thinks that Lindsay Lohan is “special”. “Special” is the root of entitlement. “Special” didn’t go away with the Adderall.

And a lot of other sh-t didn’t go away either. The best example of this would be the trip to Europe. Lindsay was planning a “yoga” retreat to Europe. Oprah advised against it. Lohan reconsidered and eventually cancelled. Which is great.

But the decision to go to Europe in the first place – why did it take Oprah to tell her that it wasn’t a good idea? She has a sober coach, she has parents who she claims are now getting along, who supposedly want what’s best for her. Somehow she was able to convince all those people into letting her go to Europe. And Oprah’s the one who talked her off that ledge?

I don’t know if it’s a conspiracy (like it was staged to unfold that way) or if it’s a sign – that it’s fine when Oprah’s around to catch her, when Oprah’s cameras are around to film her – of what might happen when that dependency is removed. 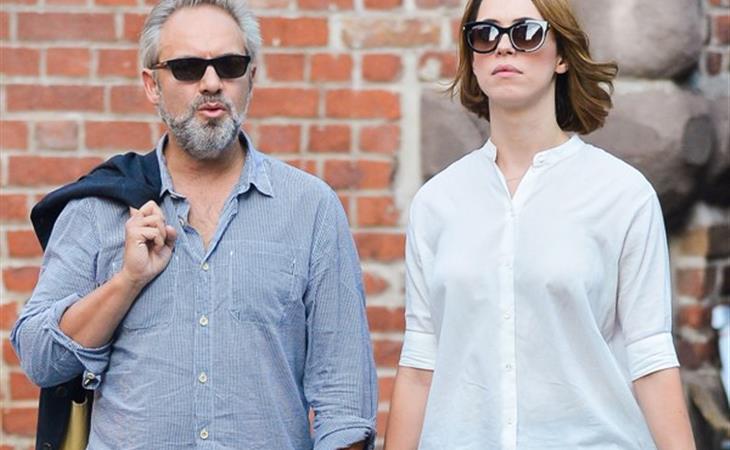