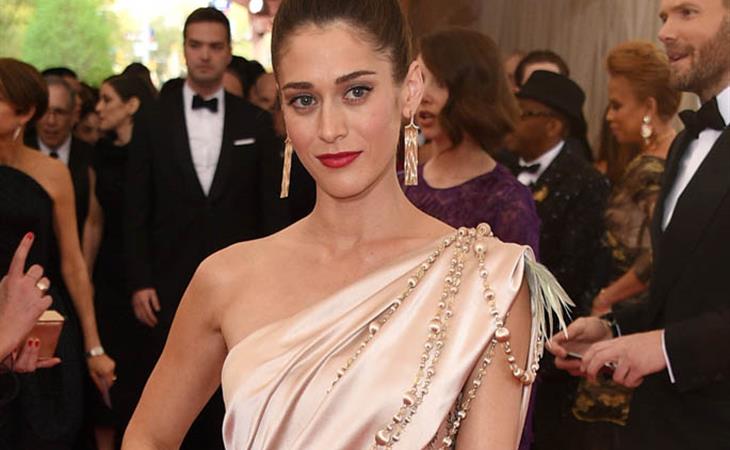 Janis Ian at the MET Gala

Full Disclosure: Lizzy Caplan is one of my imaginary BFFs.  Party Down's Casey Klein is basically my twin.

Anyway, Lainey posted photos of Lizzy on-set of X-Mas with Joseph Gordon-Levitt last September, and wrote, "Finally can it be Lizzy Caplan’s time?". Well, judging by her appearance (not just her physical looks, but rather, the confidence she exudes) at the MET Gala last night, it looks like we're getting closer.

Lizzy's Donna Karan Atelier gown isn't the night's best dress or the biggest showstopper but its floral beadwork is to die for and the back is divine! Also her Jack Vartanian gold fringe earrings compliment the night's China: Through the Looking Glass theme perfectly.

And the back shot before walking out! Swoon that back! Loved this year's theme: China Through a Looking Glass. Styled by yours truly in Donna Karan Atelier. See my other posts for full credits. #MetBall2015

A photo posted by @ilariaurbinati on

Most importantly, though, Lizzy looks like she's earned her invite to fashion's most exclusive party. And she has! She's an Emmy nominee! Her show Masters of Sex is about to start its third season in July! She's going to play JGL's love interest! She was a scene-stealer in The Interview and will pop up as the new female lead in 2016's Now You See Me 2! More exclamation marks!!!

But one of Lizzy's best qualities is her element of mystery. She's able to keep her private life to herself when she wants to. Remember, she dated Matthew Perry for YEARS and nobody knew until they hit the U.S. Open together, and even then we barely blinked. That's a real player, and that's who showed up to the Met Gala. She knows it too - check out her sly smile below.

Could you have predicted, 11 years later, that of all the Mean Girls, "Janis Ian" nearly bests "Regina George" to become the most successful alum? Okay fine, "Karen" is up there too. She was also at the Met Gala, with beau Justin Long. Gossip Genie, can we have a picture of the three of them?

Close ups of Lizzy Caplan on the #MetBall2015 red carpet (see my last post for all the credits :) - styled by yours truly

A photo posted by @ilariaurbinati on 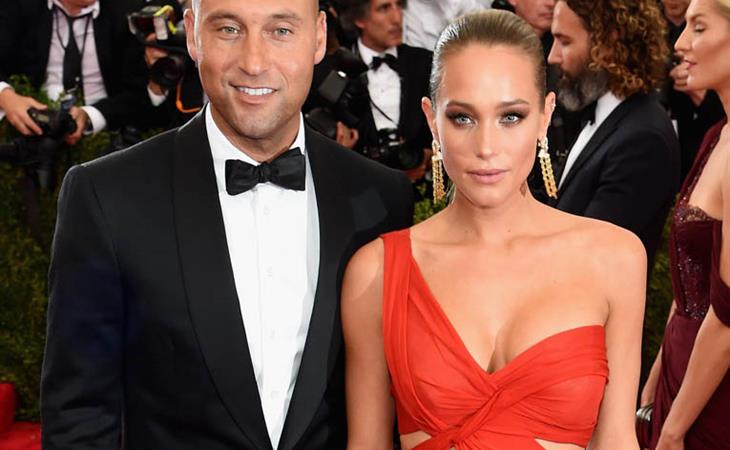 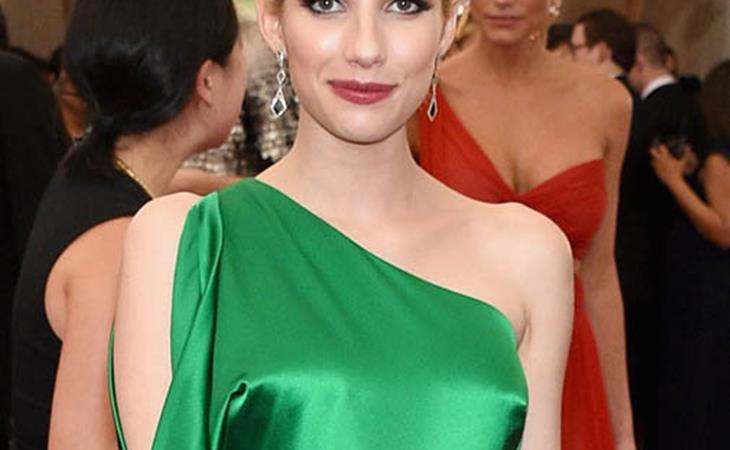 Emma Roberts: the other MET Chopsticks