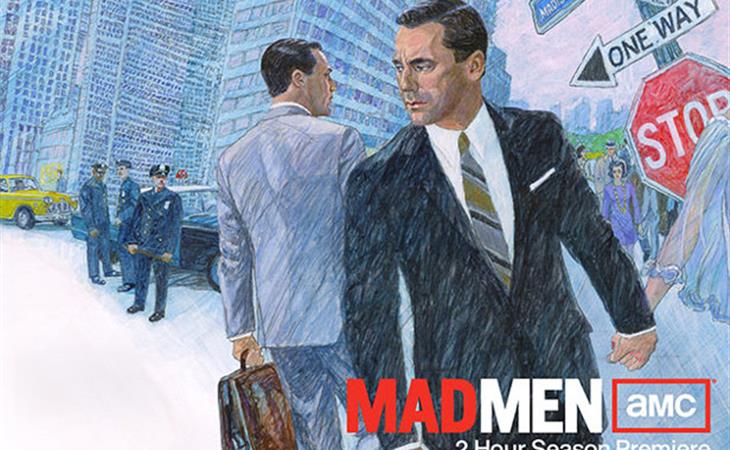 So let’s be clear here. Los Angeles is Siberia, but also the Promised Land.   It is the ends of the earth and you’ll never return from it, and it’s also the only place where you can fix your marriage and hope to be happy.   It is the worst place to go, and it is the place everyone wants to go.

The most significant thing about Don in this finale was how much he was like his old self.  He drank significantly but still had hope he could make things better for he and Megan. He calls Betty ‘Birdie’ when he remembers that all her anxieties and uptightnesses are because she’s Betty, and only knows how to worry about her daughter, like her mother did before her. He had that light in his eyes – brought on by the Ted-recommended drink, no doubt – that charms clients when he spun his magic story about the Hershey bar.  You could feel him feeding on their approval, too. That’s a guy that Don used to be, and in fact, it’s a part of him now.   A  part that hasn’t had much exposure in awhile, it’s true.  The Don who was succeeding as a fabrication of himself.  No parts Dick Whitman.

And of course, this season was all about reflections of Don everywhere.  Ted Chaough has tried all season to be, alternately: a kinder, softer version of Don; the upstanding opposite of Don’s sloth and sloppiness;  a man with secrets (remember, Ted Chaough is a pilot!); and most upsettingly, a romantic or lothario.

But one of the reasons Ted can’t be Don is one he probably wouldn’t trade in – he has no demons. Not real ones. He narrowly escapes being a bad guy by taking off in this episode after one indiscretion with Peggy. Cheating on his wife is by far the worst thing he’s ever done, as far as I know.  And on a show like this, I should know.  Being haunted by regret seems like it’s always been an essential ingredient for being Don, and for being propelled toward the type of dreamweaving that, until now, has spelled success.

You can see this reflected in both Pete and his nemesis Bob – and really,  we should give it up not only for the amusement that Bob has turned out to be, but for how it’s made Pete confront himself over and over again this season.   Sure, it’s amusing that he gets to shout things like “NOT GREAT, BOB” and that his cantankerous mother died at sea which is secretly kind of a blessing for he and his brother – but Pete has, for years now, been struggling with whether to become a truly good person.  He’d like to.  He has inclinations in that direction, even – but his baser instincts are always close to the surface. He would love to out Bob.   He would love not to pursue Manolo since, after all, it’s going to be expensive.   He would rather get all the way into a standard car and embarrass himself than bow out a little gracelessly, but probably with his life intact.

In short, Pete Campbell kind of sabotages his best self all the time.  Not unlike Don.  He’s in there, but he doesn’t get a lot of opportunities to come out.  One has to wonder, of course, to what degree he’s realized this. After all, he had that moment with Tammy – and then didn’t show up to the partners’ meeting in the morning.

Yes, I know.   Ted’s creative, I’m sure they need an accounts man in LA.   Maybe.  Of course I don’t actually think they’d deprive us of Pete Campbell, especially not in so subtle a fashion, nor so soon after Lane Pryce left in a highly dramatic manner.   But Pete is struggling with two men inside him and only rarely lets the right one out.   It’s why Bob is so frustrating to him – how can he possibly let the ‘wrong’ Bob out so often and live to tell the tale?  How can so many people walk around with their demons tucked safely inside them, when Pete has to wrestle his hourly?

It’s a question that’s set to be answered next season, not only by Don but, improbably, by his daughter Sally.  I am of course entranced by the character (and the actress) but never truly believed that her story would become so pivotal.  Yes, last week we saw she was Betty’s daughter – this week we realize how much she’s Don’s as well.  Sally can take two paths, and up to now she’s made a fairly good fist of spinning “I’m a rich forgotten girl caught between thoughtless parents” into a persona she can slip on like a coat.  But now she’s been offered another option. Her preternatural understanding of other people – the reason she can see through Megan and chooses to do so with benevolence, not aggression – that’s her father.  That’s what she gets from him.  Whether she chooses to use it to understand others or to manipulate them (and let’s face it, at his job, Don does both), I can’t wait to see.

It’s one of the reasons why Peggy is so interesting in this job (and yes, yes, in Don’s chair.  Got it.  Love it, but got it).  She doesn’t actually understand people.   Don does. Roger does. Joan does – they can predict with reasonable certainty what reactions people will have to given situations – in fact, I loved what this looked like in the final confrontation with Don. They all knew, almost in a choreographed way, when to look away from his most hurt looks and reactions.

But Peggy, who can turn a pretty phrase, is continually shocked by human behavior.   By Abe.  By Ted. I don’t think she’s an idiot, I think her lack of understanding is willful – it’s another reason why she’s so like Pete. She spends all her time suppressing her passions, so why shouldn’t others?

Will she learn next year, in the absence of her mentor?  Despite being set at odds this year,  Don has always been the only one who can teach her. Ted didn’t bring her along creatively at all.   One assumes he’s going to explore something – learn something – in his forced sabbatical.  Will it inspire Peggy when he tells her, or will she have surpassed him? Has Don gone as far as he can go?  Or is there something to be gained from embracing Dick Whitman?

Can Don Draper save himself?   Does he want to? 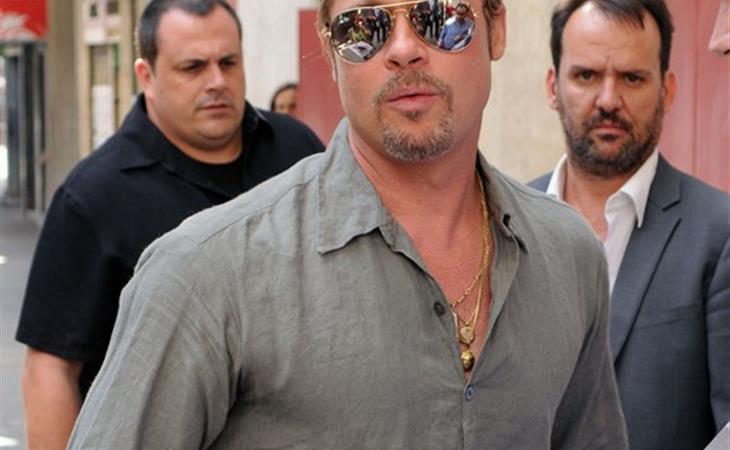 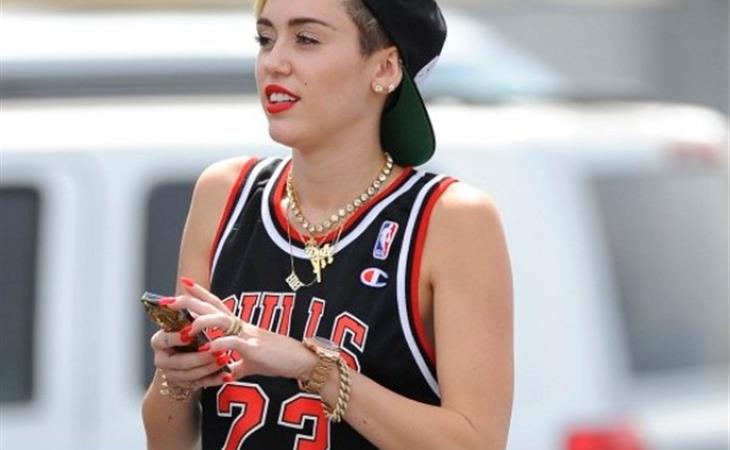