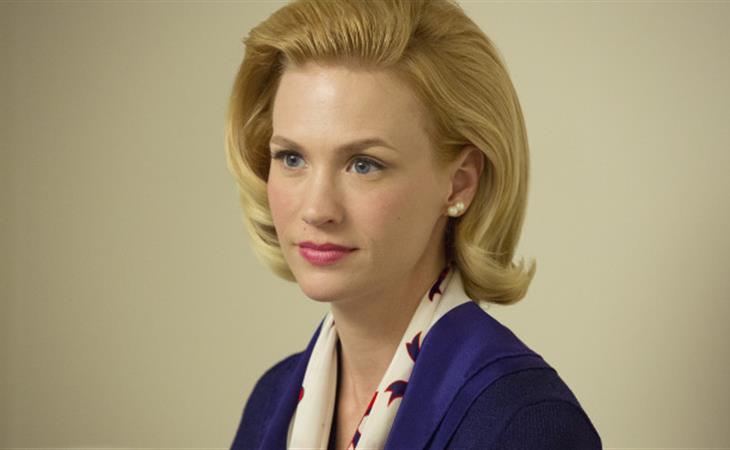 Say Yes With Your Voice

I wasn’t expecting that. Of all the lives on this show that we think are of extreme consequence, Betty’s was not the one that I thought we were going to have to account for – to make a value judgment on, in terms of what degree of impact one of these lives has had on us.

I’m a little bit mad at it. Not a lot. But I hate that Betty, whom I’ve always loved, is redeemed as a woman with interests and perspective and a lot more humanity than she was originally being credited for, and now, just weeks after she shows the character that some of us always knew she had, she’s done here. It feels a little bit as though she had to be exalted before she could pass, as though all the things that made her prickly and awkward and fabulously interesting, like brushing past the teenage daughter who has come home to be a sympathetic ear, are less important than being kind and generous as she looks toward the end.

That sounds maybe like I don’t appreciate who Betty Draper Francis has become, when in fact nothing could be further from the truth. I love that she goes to school, still, because why shouldn’t she? Because the point was never about a degree or a job, but of learning for learning’s sake, something that Betty prioritized on her own because the impetus certainly didn’t come from anyone else. That’s the part of her that is so amazing. Similarly, not wanting Sally and the boys to have to watch her die a slow and exhausting death as she battled the inevitable is something that’s important to her and her alone. I love her more for it. Not just because she doesn’t want them to suffer, but because she knows it will fall on Sally – that Henry won’t be able to handle it. Poor Henry Francis has sort of been the opposite of an enigma; he may have had unplumbed depths but we don’t need to know what they are. Still, the person who is most indelibly her mother’s daughter is Sally. She knows, without ever being told in so many words, which things her mother will find most important to prioritize. “Remind them how I like to wear my hair.” The last scene between them is lovely, while being as unsentimental as Betty and Sally have always been together. No clinging, no stroking of hair. Same as it ever was.

So Sally becomes the parent to her younger brothers. She knows she has to be. Don is there for her, but even though he makes a point of calling her brothers and seeing them just as much – a detail I can’t help but love – Sally is made of her two parents in a way that Bobby and Gene aren’t. Nurture takes over nature at some point, and Sally is the true combination of Don and Betty in a way the other two never are. (Though, notably, she and Gene age at the same rate while Bobby seems to have a certain arrested development. Ahem.)

Sally’s becoming an adult, and balancing between her two parents isn’t remarkable.  What’s remarkable is that the same fate isn’t likely to befall Tammy Campbell. Her parents aren’t just going to get back together, now that Daddy works for LearJet – they’re going to be happy again. It’s so incredibly against the odds, and it might actually work. While we’ve been off doing other things, worrying about Ginsberg’s nipple and watching Roger’s daughter Margaret on the commune, Pete Campbell has been busy growing up. When he marries Trudy he’s a child, but now, 10 years later, he realizes that always looking for something new, the way his father did, doesn’t seem remotely attractive anymore. That’s what freedom is, I guess – in this case aided by a lot of money and a Trudy who has the patience of a saint. The ability to go off and explore and realize you wanted what was there all along isn’t so novel, but the ability to put it all back together in an even more attractive package is television, and the love of Trudy Campbell, who, an awkward guest spot reminds us, hasn’t poisoned Tammy against Pete. I roll my eyes a little here, as though parents in 1970 didn’t realize that kind of behavior wasn’t healthy, but since Pete used to be such a loathsome individual and is now able to recognize and distinguish that quality in others, how can I complain? After all, what good is bringing a sweaty, desperate Duck Phillips on stage if not to contrast him with the people who have moved on since he first let his dog Chauncey out into the night (something I may never forgive this show for)?

Forgiveness isn’t exactly the term that comes to mind where Don is concerned, and yet, what else could it be? When his car breaks down in the middle of nowhere, he’s got every New Yorker reason to be angry and frustrated, and instead he accepts, and rolls along. He accepts small town ineptitude at a motel and even sees the charm and charisma of the would-be hustler who cleans his room. His ability to be calm is mostly – mainly? – because of what he’s doing, trying to be away and out in the world and see things. He sees the lightest part of this small town during the darkest time – when, in the long drink at the hall, he tells, if not the absolute truth, an absolute truth, about his time in the service, nobody blinks. Nobody questions that you do what you have to do.

In fact, Don knows this so well that he is scarcely able to be angry when he’s beaten up in his bed. He’s indignant, of course, and furious at being put in this position – but not under any impression that he needs to right anyone’s impression of him. That’s the gift of being from away. That’s the gift he gives to the young hustler, the one who will never again forget to say ‘anything’. If you give the gift of money, or any other kind of out, to someone who already has the gift of ease and charm, they can make their lives. Don knows this. He’s maybe never had anyone to help, though he knows there are thousands of Dick Whitmans whose lives he can change. He’s done his best to give Sally an understanding of what that could be like (“You don’t know about money”), but he knows nobody can really understand unless they’ve been without.

The question is, is this Don? Now that advertising is finished for him, at least in the traditional sense, at least on Madison Avenue, at least for now -- is he Robin Hood? Is he so rich and unmoored he just gives it away? I don’t buy that Don is that selfless.  It’s not that he wouldn’t give the money – it’s never mattered to him beyond a certain point – but he’s not evolved, nor has he found any meaning. The idea that this might be all there is  - that he’s on the far side of the number of human interactions a person can have – is ordinarily terrifying. The fact that he smiles as he goes into the unknown – now  without his car, or a job or an apartment, almost as unfettered as when ‘Don Draper’ walked into it – gives us some hope that he’s as delighted as he is terrified.

See you next week, one last time. 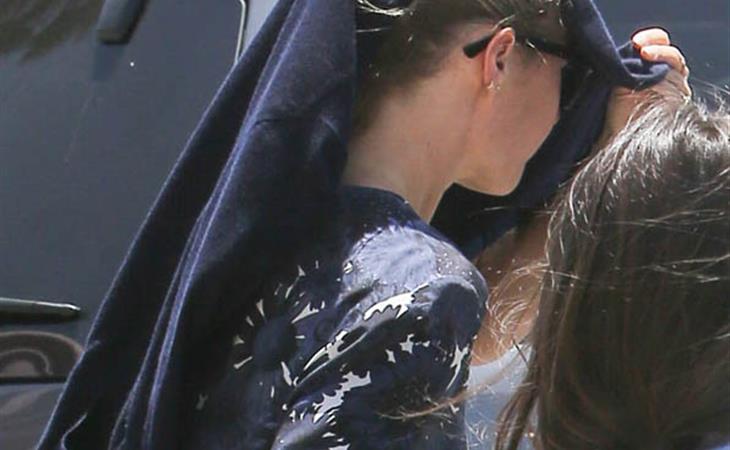 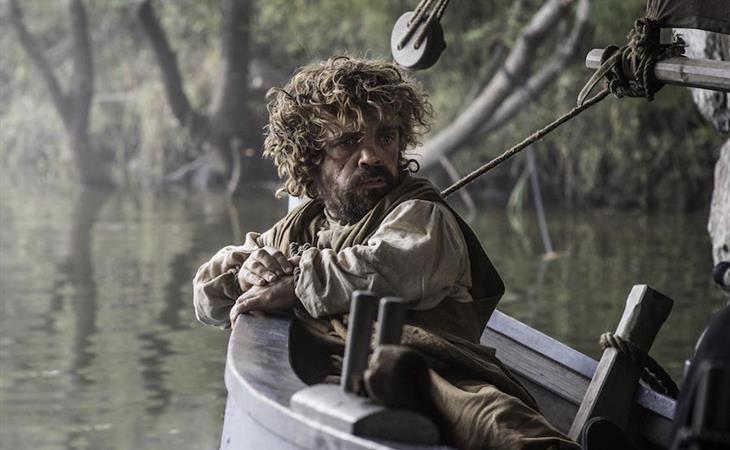 Game of Thrones 5.5: “The doom consumed it all alike”