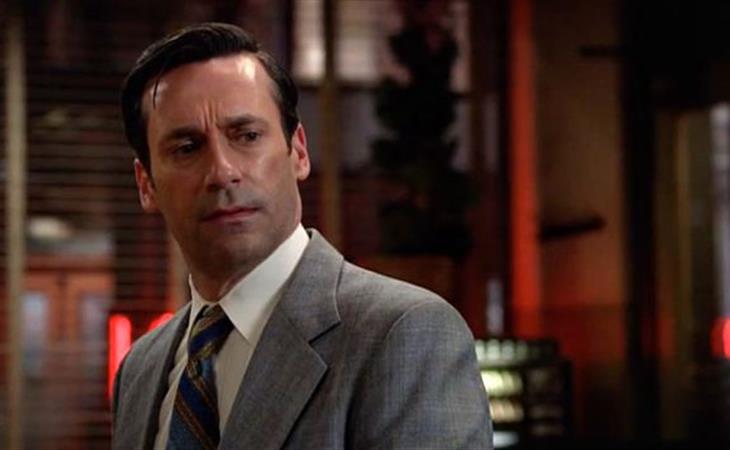 You know, every Mad Men has a tenor. There’s always a tension as you wonder what’s going to happen next, and a general unease. But this was the first episode in a long time where it felt straight-up sinister. There’s no longer any hiding or pretending about what we’re up against. Don spent time this week talking to and f*cking a woman named Di. We’re there. Don’s fear of death can’t be shoved down any longer, and, as Giles would say, ‘the subtext here is rapidly becoming text’.

So as such, it becomes not about ‘what do we think about death’, or ‘how afraid is Don’, but ‘what does it look like when he pretends he isn’t?’

He’s nice to Meredith, who is correspondingly competent, for one thing. The joy she took in doing things well for him was so charming that I wondered whether she was putting on an act, like a part she’d decided to play. He’s late, but he doesn’t know it.  In fact, Di tells him, he may be confused in his perception of time overall – what if he didn’t dream about Rachel and then learn of her death, but the other way around?

It will be so boring if I gloat about things that I figured would happen, and I actually am hoping to be wrong more than not because that’s more fun. But I always knew that Rachel Menken meant something to Don in a different way than any of the others. Rachel Menken understood him. All the others are …who? That shiva scene was very affecting.

The problem is that Don can’t see his way forward, as we learn from all the dozens of auditions. He can no longer find any clarity in work, which used to be his one saving grace in a confusing personal life. But he is richer than he’s ever been, which was already an astronomical consideration before the latest acquisition, and he’s been around long enough to know, now, that McCann will be frustrated enough with him sooner or later to evict him. Don is on borrowed time. The bloodstains are already all over his bedroom carpet.

Meanwhile, the show wants me to believe Peggy is perched on the other side of the same precipice, ready to fly. She meets someone she likes, she can take off for Paris. She can turn a bad date into a good one. If she can just let go of those extra things that are in her way. Like remembering where her passport is. Like finally grieving a child she gave up long ago. I’m not sure, actually, that I think she’s grieving, but those are the things the ‘previously ons’ want me to remember. If we are going to acknowledge it, now would be the time. Look how personal Mathis and Stan felt they could be with her. Look how frankly Peggy confronts the details of her life with anyone new – too frankly, really.

But this is also about how Peggy has been warped and changed after all this time.  She has been in situations most women of her generation can’t dream of. She didn’t flinch in the face of endless rudeness from the McCann Erickson staff, even if half of it was directed at Joan. She makes more money than almost any woman in her generation. She’s not a millionaire like Joan is, but her salary when she left for CGC a couple of seasons ago was at $120,000 in today’s dollars and that was a couple of promotions ago. Peggy Olsen is doing just fine, financially. She holds her own creatively and in real estate. She spends her days with a series of roughhousing creative brothers. So the flipside is that maybe she can come off overbearing when she goes on a date with Brian Krakow. These last few episodes will be about learning how Peggy can manage the person she is with the person the world expects her to be, on the outside.

Joan, on the other hand, may just be too old to change. Whether Peggy was right or a dick about Joan’s clothes – and I would venture that both can be true, and that Joan was just as dicky right back – Joan is dealing with it by leaning into what makes her Joan. She has fought some hard roads to get here so by God, she’s going to enjoy herself. I had forgotten that she worked at Bonwit Teller for that brief terrible period but I love that this is what personal retribution feels like for Joan.

What do we think it feels like for Ken Cosgrove? Which moment was sweeter? The one where you realized he was about to stick it to Pete and Roger, or the one where you realized he probably did it because Pete was complaining he would have to buy apartment buildings to deal with all his money? I have always loved Ken Cosgrove and I’m not about to stop now.

Homework for next week: Which 90s-famous TV brunettes of a certain age can still appear on the show? My votes, starting from the old WB and working outward, include Amber Tamblyn, Carly Pope, Eliza Dushku. Let’s see how I do. 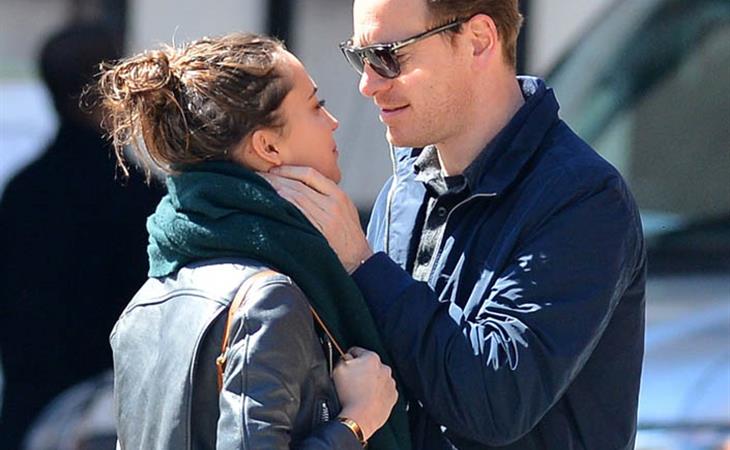