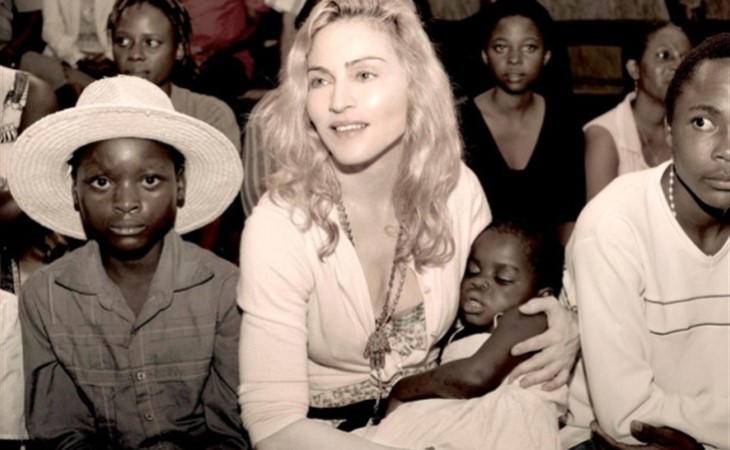 They give her Mercy

After all the shenanigans from earlier this week, Malawian officials have approved Madonna’s adoption, overruling an earlier decision denying her attempt on the grounds that she hadn’t spent enough time in the country.

These are the benefits of unlimited resources.

Here’s my favourite detail about the announcement: Madge’s lawyer revealed that “It's the early hours in New York now but my client has been awake all night waiting for this”, like staying up for something so significant is such an extraordinary accomplishment.

Anyway, Madonna will be sending for Mercy via private plane. People.com reports that she will likely not be travelling to Africa to pick up her new daughter. Hard to believe. You’d think she’d be all over the photo opportunity. It is, after all, a major victory. And the timing could not be better.

Madonna resumes her Sticky & Sweet tour on July 4th in London and will perform across Europe through the summer.

She had dinner last night at the Waverly with Guy Oseary before waiting by the phone at home, anxiously, for the news.

Am attaching the photo of Madonna with Mercy – so they say. It’s the one officially sanctioned by her camp. Have noted this before, will note again: don’t you love how everyone else looks miserable while the beatific white lady glows under the spotlight?

Do you want to see (and meet!) NKOTB?