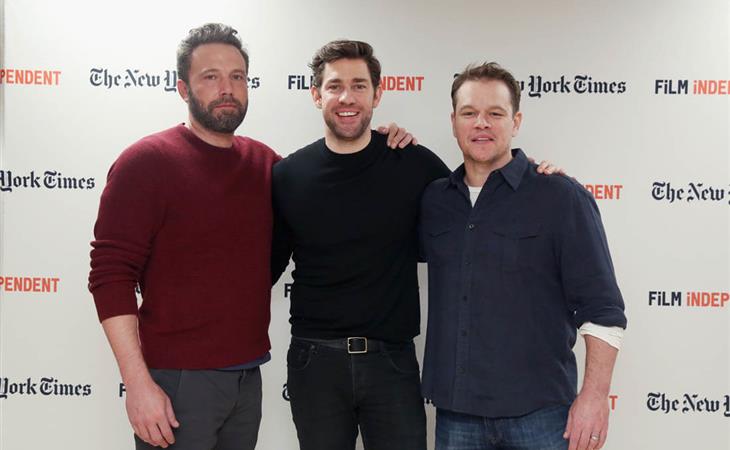 "Matt and Ben" and John and Emily: Inside the Good Will Hunting live read and what it could mean for Manchester by the Sea

John Krasinski had a "viral moment" last week on Good Morning America when, as he was talking about his upcoming Good Will Hunting live read, Ben Affleck surprised him with a leering grin and wave. So, imagine the audience's surprise when the real Ben and Matt took to the stage at NYU a few nights later to reprise their on-screen roles in Friday's one-night-only performance. The audience lost its mind. I did too.

"I gotta go see about a girl." An AMAZING surprise from @BenAffleck & #MattDamon at #LiveReadNY of Good Will Hunting. Thanks @johnkrasinski! pic.twitter.com/0s2zeraoUS

This is what the @BenAffleck surprise sounded like at the Good Will Hunting #LiveReadNY... minutes after #MattDamon did the same thing. pic.twitter.com/vL0HALckV9


Matt and Ben joined the previously-announced John Krasinski (Narrator/Director) and Emily Blunt (as Minnie Driver's "Skylar") on-stage, in addition to other stars like Margo Martindale (in the role that won Robin Williams an Oscar), Keegan-Michael Key, Hamilton's Daveed Diggs, Spotlight director Tom McCarthy and the film's producer and champion, Harvey Weinstein. Harvey came out on stage a bit later than the others in an extended cameo, and remarked the "[live read/movie] is so good, I'd re-buy it again."
It was a really fun night. Nearly the entire cast (including Matt, Ben, Emily and John) had a bottle of beer and a bottle of water under their chairs during the live read, and would take swigs of both.

Matt and Ben made wisecracks with each other throughout the two-and-a-half hour show, pointing out how they left certain notes in the shooting script to make each other laugh. They called each other out for typos, and laughed at their own jokes which are now over 20 years old. Ben was quick to point out that an Al Cowlings reference was incredibly "90s" and Matt fact-checked a Boston Red Sox stat which Margo read out verbatim in spite of an anachronistic typo. Their kinship and brotherhood was proudly on display. Mindy Kaling, who wrote a play about Matt and Ben's bromance, would have likely lost her mind if she was in the audience too.

If nothing else, the night proved that the Boston boys will be boys, and that nobody loved it more than John. He admitted before the live read started that he will likely shed a few tears during the performance due to what the movie meant to him as a Boston teen, and it looked like he did. When Matt closed the "how do you like THEM apples?" scene, John jumped out of his chair... not unlike Tom Cruise proclaiming his love for Katie Holmes on The Oprah Winfrey Show. The emotion was there too. Both John and Emily appeared visibly choked up when Margo was delivering some of the movie's most powerful moments from therapist Sean Maguire.

But the biggest surprise? John really leans in to his "Jim from The Office” character, and acts just like him in real life... or at least in public life. When introducing his wife Emily, who just that day saw her film The Girl on the Train hit theatres, he mentioned he was such a big fan of hers that he just had to marry her. Then, every time she had a sex(y) scene or flirtation with Matt in the script, John would annotate his narration with lines like "they do NOT kiss." And when he described a post-coital moment between "Skylar" and "Will", he adds, "You better not have liked it." So, naturally, Emily made fun of him, and said "Ohhh, it was sooooo good."

John got the last laugh, though.

"REALLY?! You're taking Jason Bourne over Jim from The Office? Ooooh. I love you Matt Damon."

This charm offensive won everybody over, especially because the cast appeared to be having the time of their lives. If nothing else, it provided a glimpse into what kind of fun Matt has with Emily and John, and was a showcase for the strong roots between Ben and Matt.

Matt and John are about a month away from appearing in public together again. Their film Manchester by the Sea —which I saw at TIFF and loved, as did Sarah — hits theatres in November. While the intense, brooding family drama may look hard to sell, it's full of the same brevity and funny moments as Good Will Hunting, and perhaps the live read also served as a tease for how they're planning to promote their passion project, which they produced. Be honest - aside from the buzz about Casey Affleck's career-best performance in Manchester or Michelle Williams' heartbreaking on-screen confrontation, wouldn't you be more likely to check out the film sooner rather than later if you knew it was a spiritual cousin to Good Will Hunting?
In July, I wrote about how Matt is including Casey as a part of his "Matt and Ben" narrative. But what if it's really "Matt and Ben and Casey and John"?

"I gotta go see about a girl." An AMAZING surprise from @BenAffleck & #MattDamon at #LiveReadNY of Good Will Hunting. Thanks @johnkrasinski! pic.twitter.com/0s2zeraoUS 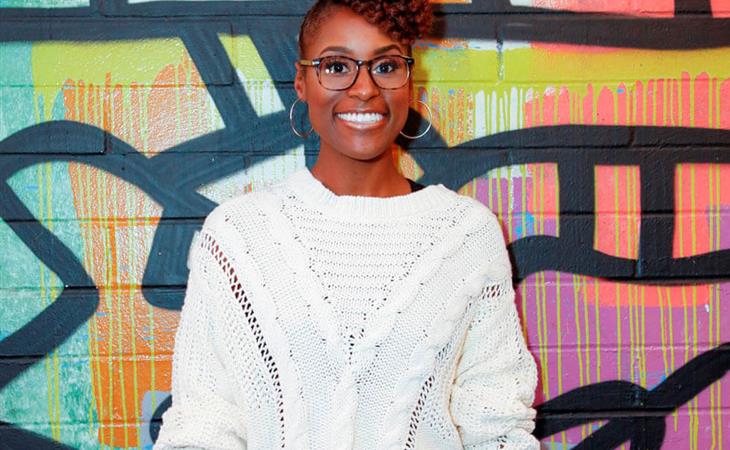 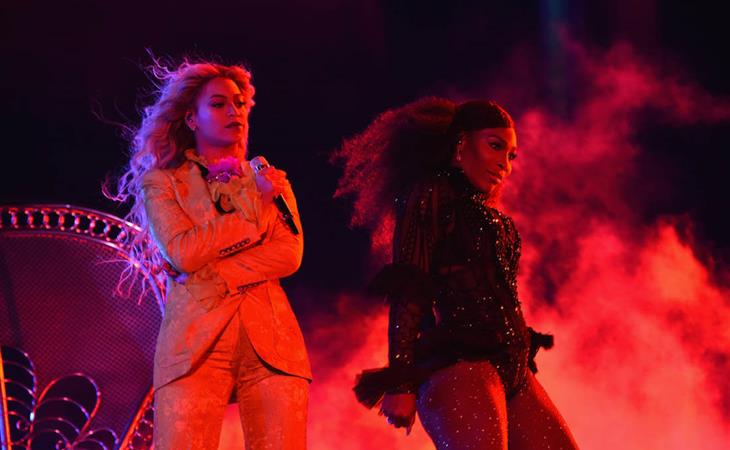 Formation ends in love and Serena