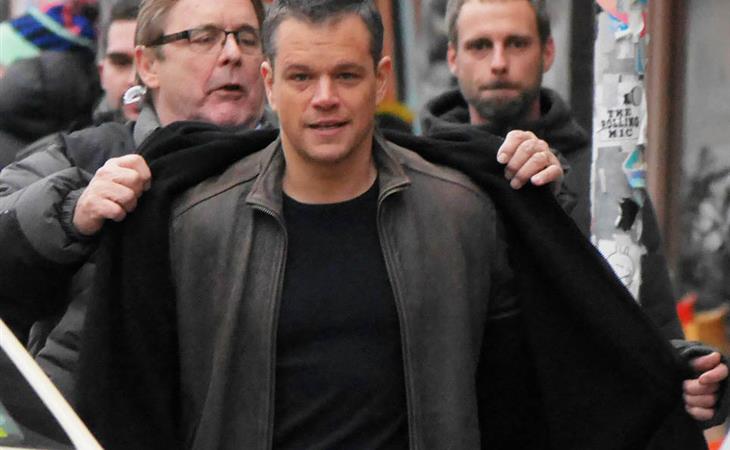 Matt Damon is in Berlin this week continuing to work on the new Bourne and, seemingly, staying away from awards campaigning. Which certainly makes him look a lot less hungry for it than, say, Leonardo DiCaprio. But considering that there might be a 6th man out in the Best Actor race, I do wish he'd step on it a little, just so Leo doesn't walk away with it like it's belonged to him the entire time.

Right now, Leo, Eddie Redmayne, and Johnny Depp look pretty solidly in for nominations. The remaining two spots? Michael Fassbender if he just show up at a luncheon or two. Will Smith is fighting for it. You can never count Tom Hanks out. Bryan Cranston could get in there. So for those of you who've been emailing to say that Matt Damon's going to be the one to challenge Leo...

Totally. But he needs to be nominated first, non?

If he does get nominated, yes, let's make it a Departed face-off. Let's make it a title bout between Leo's actorly prestige and Matt's working class appeal. Let's give Leo a reason to sweat. Because The Martian? The Martian has them all covered. The Martian has the solid reviews AND the box office. The Revenant might have 10 critics and 100 cinephiles with their dicks in their hands but The Martian satisfies on the film nerd side and the popular vote. I'd rather Matt Damon take it than Leo DiCaprio. I'd rather Johnny over Leo too. At this point, really, it's ABL: anyone but Leo. 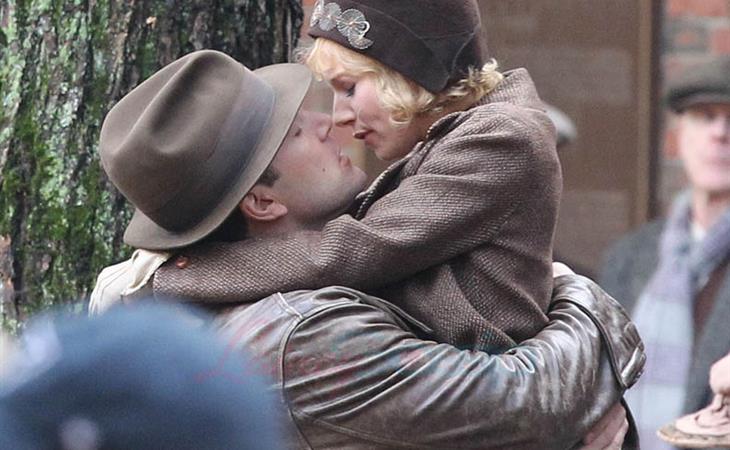 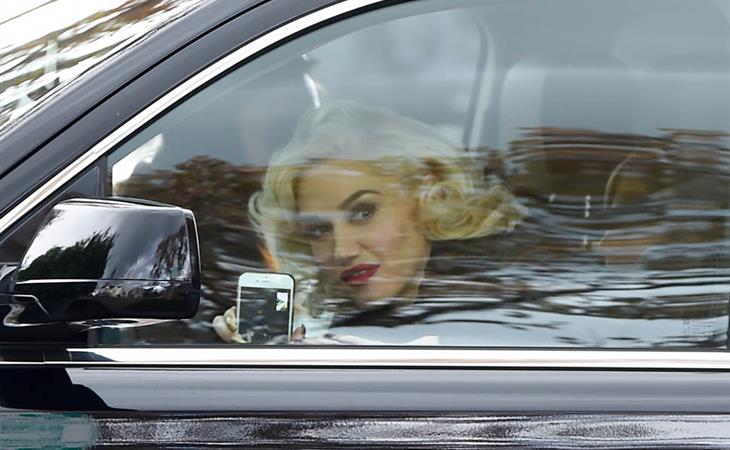