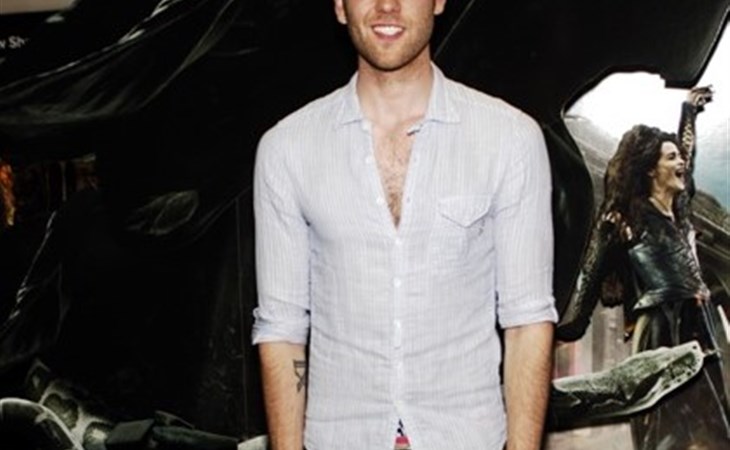 Everyone is talking about Neville. Everyone is jizzing over Neville’s transformation. Wouldn’t be it be CRAZY if in another 10 years, it’s Neville, I mean Matthew Lewis, who’s, like, on the list of Sexiest Men Alive or something? Never mind. It could totally happen this year. Hilarious.

Anyway, Matthew was in New York on Monday for the HP7B premiere. Then it was Toronto on Tuesday for the Canadian premiere. After that he stopped in Washington, DC for some quick promotion. And yesterday it was Chicago where showed up before two midnight screenings and said a few words...wearing a fitted button down shirt that was not buttoned up all the way, showing off a really nice upper body and some man hair on the chest.

Um...Neville is wearing THE SH-T out of those pants.

Many of you asked after my three days with Matthew Lewis, click here for a refresher, about how tall he is. Check out the picture of us standing side by side with Ben Mulroney – I’m 5 ft 3 and I was wearing 6 inch shoes that night and he’s WELL above me and just maybe an inch shorter than Ben which puts him at least at 6.

Dude, Neville has it ALL.

I would prefer sleeves

Matthew Lewis spits on the radio and is adorable