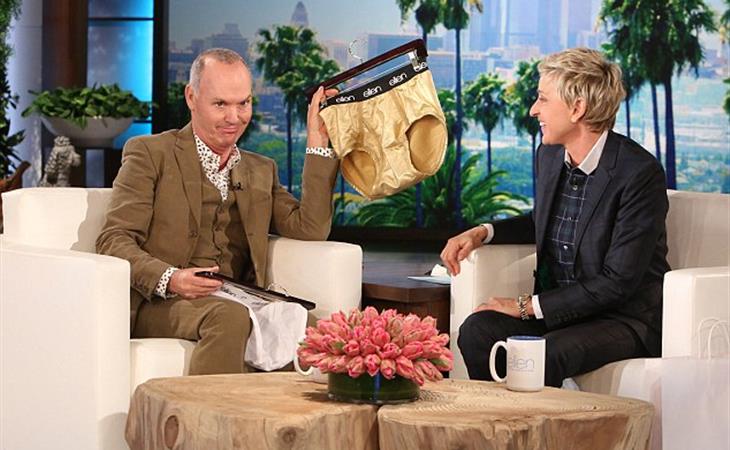 This Best Actor race is the tightest category face-off in years. Like Lainey wrote yesterday, it might be too close to call. But since Oscar voting ends on Tuesday, the top three contenders — Eddie Redmayne, Michael Keaton and Bradley Cooper — are now in the final phase of campaigning, which means it's time to kiss babies... in any way they can.

Eddie's hot off his BAFTA and SAG win, and after dodging (or trying to dodge) his near-Norbit, Jupiter Ascending, he's now back at work on his new prestige movie The Danish Girl in Europe. Yet, just when it looks like the award is Eddie’s to lose, Michael’s been making a final media push everywhere... and hard.

Let's run through his week so far:

Monday: A live New York Times Talk and a candid, long-form NPR interview about his failures, early life and pseudo-religious upbringing with Terry Gross. A.K.A. a last-minute play to the high-brow voter about how far he’s come since his humble beginnings.

Tuesday: A spot on ABC News, where he has a casual New York walk-and-chat with news anchor David Muir, and talks about being one of seven kids (as we learned on NPR, it was originally nine, as there were two deaths in the family). As for the Batman vs. Birdman or Michael vs. Riggan comparisons? Michael insists he "[doesn't] relate to that personality type." A.K.A. a reminder about the depth of his performance and body of work for the casual viewer, to go along with their nightly news fix.

Wednesday: A pre-taped PEOPLE Magazine profile where he says he "showed up in Los Angeles with about $263 in my pocket," and a GMA interview where he jokes about his awards haul and says he's about to win a Pulitzer. A.K.A. a cheeky swing for the moms, daytime audience and female voter who looks fondly on his time as Mr. Mom. Plus, let's throw a rags-to-riches story in there for more emotional appeal.

Thursday: Michael hits Ellen. She gives him a leg up by explaining Birdman’s one-take look to her audience: “if one person misses their mark, they have to start all over again.” Then, he nearly breaks down and cries when talking about how grateful he is for his nomination, and what it means to him to be considered a great actor. Soon after, she gifts him with a pair of Ellen-branded tighty-whities (like the ones he wore in the movie), and a gold pair for Oscar night. Naturally, he puts the white ones on immediately (over his suit, don’t get too excited), and models them on-set. Oh, and there are some dad jokes too… because they talk about his hot son, record producer Sean Douglas, and how he got embarrassed when he told Michael about his pending hit, the Jason DeRulo song, “Talk Dirty”) … A.K.A. every play in the book... with hopes of creating a viral moment that will stick.

That's a lot of babies.

Remember, this is one giant beauty pageant, albeit out-of-sequence. The talent comes first with the performance in the film, and then it’s about hitting the style, humour and emotional marks with the judging panel: the Academy.

But will any of Michael’s last-minute plays work?

A new Reuters/Ipsos poll suggests Bradley Cooper is the one to beat but it's also important to note that they surveyed non-film going Americans. The same voting body also picks Reese to win Best Actress… even though we know Julianne has this one all sewn up.

But as charming as Eddie is…

And as “appreciative” as Keaton is…

They’re still not as “cool” as Cooper, right?

#SNL40 ANNOUNCEMENT: Bradley Cooper is joining us for our 40th anniversary on Sunday, February 15! https://t.co/OwocuOpYvD

Click here to watch Michael Keaton on Ellen. While Benedict Cumberbatch lags behind… 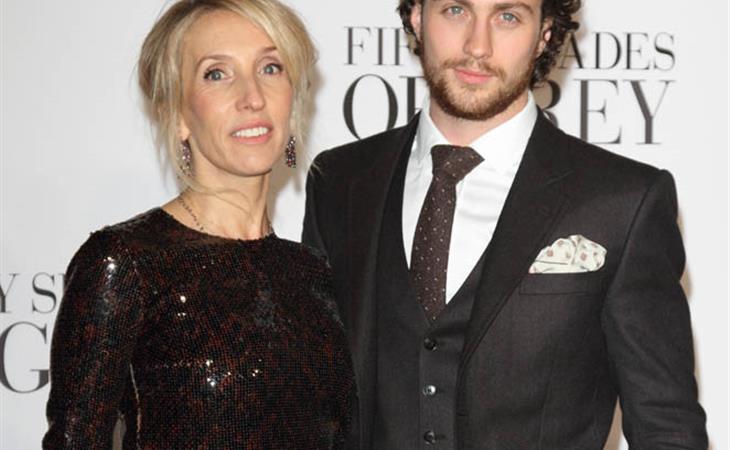 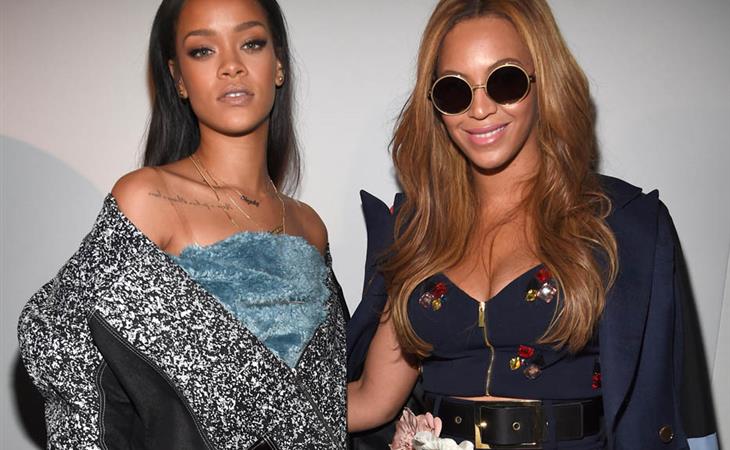