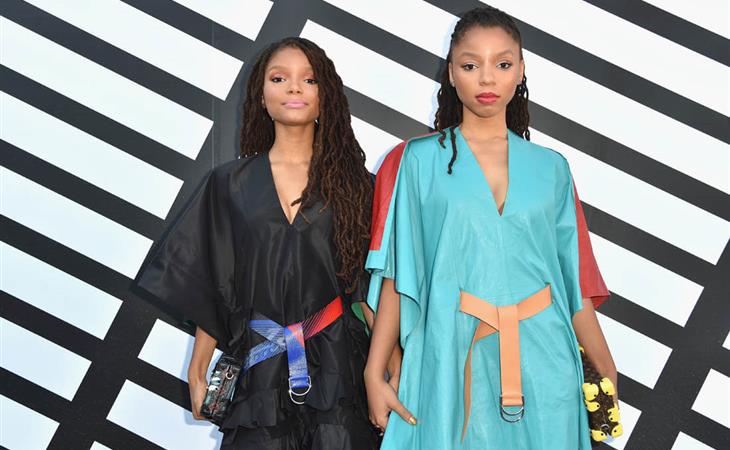 The Louis Vuitton presentation at Paris Fashion Week yesterday. Several of the LV regulars were there, including Michelle Williams, Jennifer Connelly, and Alicia Vikander. Sophie Turner attended wearing a dress similar to the red one Jennifer Connelly had on earlier this week. My pick for best dressed though were Chloe and Halle Bailey, aka Chloe x Halle, Beyoncé’s protegees signed to her label, Parkwood Entertainment. That might be my bias though: Beyoncé bias and boots bias. Those silver fashion-combat boots, I’ve been wearing the sh-t out of mine. (Both to maximise the CPW and, well, look at them, they’re amazing.) The Louis Vuitton boots though, seriously. I’ve been obsessing about them for months. No other shoes released this year have had this much impact. As you can see, all the ambassadors are wearing them. There’s really never a reason not to wear them. With anything. I’ll remember these boots more than anything Nicolas Ghesquiere ever did for Balenciaga.

But now it’s a new season. I can’t say I love the footwear from this collection as much as I do the combat collection. The clothes, however, are amazing. Look at this dress: 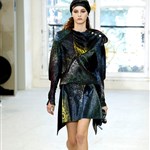 And this one, holy sh-t: 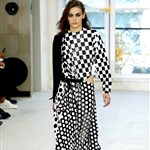 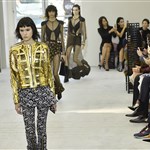 Ummm….how this dress is falling and paired with gold on the bottom: 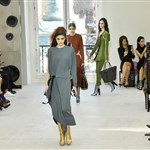 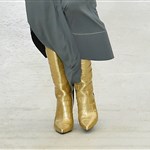 And so many pairs of these pants with the shin-zipper, I need this shin-zipper in my life: 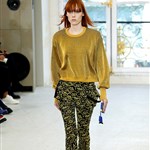 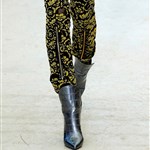