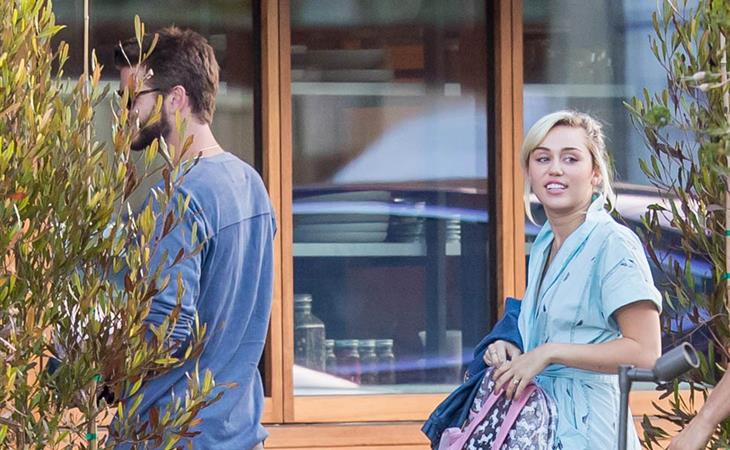 It’s been a couple of years since Miley Cyrus and Liam Hemsworth celebrated Independence Day together. Here they are at Soho House in Malibu yesterday. Speaking of Independence Day, the movie, Resurgence, was supposed to be Liam’s claim to leading action hero status. And, well, the reviews were dismal and the box office was underwhelming so, no, it hasn’t happened yet. Will it ever? A better question might be: is there a shortage of actors like Liam Hemsworth? Like is the market demanding a Liam Hemworth to fill a void? Sarah recently wrote about how John Boyega was cast in the sequel to Pacific Rim. There was a time when someone like Liam would have been considered for the part, like as Charlie Hunnam’s younger brother, or something. Now those decisions aren’t so automatic. Or, maybe, Liam just hasn’t shown that he has it? Someone on set at etalk just now posited that Liam, onscreen, doesn’t have the charm of his older brother. Like, the most interesting part about him, right now, is Miley….even though the narrative has been that she’s “lucky” to have him back, and had to “change” to make that happen. I worry now though. I worry that since Independence Day didn’t do for Liam’s career as his team had hoped it would, Miley will end up getting shafted for it.