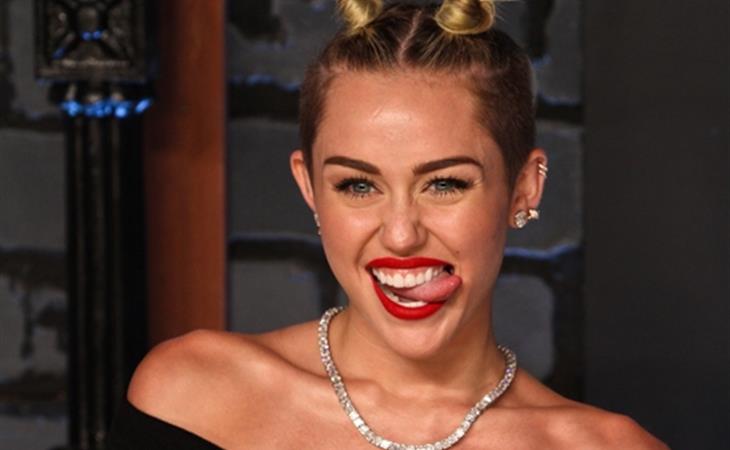 Honestly, what is Miley Cyrus supposed to do? She has a compulsion right now to prove not just that she’s not a little girl, but that she is down with the dudes. She gets it. She gets the jokes, nothing can faze her. She is not going to be shocked or appalled or coaxed into blushing, Goddammit, or even finding a line she won’t cross. There is no line. You know why? Because Miley Cyrus is not like those other girls, and you are going to KNOW it.

So the tongue flaps out of the mouth – three times in the first seconds of the performance -  and the roles get swapped, and suddenly Miley isn’t just swearing that she can’t stop, she’s gyrating and twerking because furries are the grossest and therefore best things she’s ever heard of, and there’s a foam finger with which to violate Robin Thicke, and whatever she thinks she’s doing to him, she knows the words for it -  there are no words for any sex act that Miley doesn’t know, okay? She knows them and can say them and will simulate them on the VMAs because she’s not the girl you might have thought she was, all right? Do you get it? And there’s nothing she won’t do for the sake of the show.

Which sucks, and seems so pedestrian and 20-years-old of her. But what kills me is how few other options there are. Barely any women performed tonight. Those who did mainly did so in reasonable facsimiles of underwear. Miley isn’t newly single and ready to take on the world while being capital C Classy, like Selena and Taylor in their weirdly demure dresses, and she isn’t worthy of being cut to after every other person approaches, like Rihanna, because you never know with Rihanna.

Miley is struggling to stay relevant in a weird show that really didn’t want her, where, as Lainey pointed out,  Justin Timberlake got 20 minutes and everyone else just had to like being in his presence.

The only other option for being a woman at the VMAs is being a screaming fan, a delighted lucky girl, a nameless faceless “good girl” in Blurred Lines or the one who tells Bruno Mars “Daddy, It’s Yours”. (Seriously, read these lyrics – are you blushing?) Hell, even Jennifer Hudson showed up for mere seconds – and she got to perform, which is more than I can say for TLC.

So I feel like Miley was bound and determined to write her own script and not just be a pretty fangirl and not just a “good girl” who secretly likes to be talked into sex, and what came out was…what we saw. It just makes me sad because I think she thinks she’s doing something other than what she’s doing, which is…still playing right into it.

It doesn’t help that she’s not a live performer. Neither a dancer nor a live singer.   She can’t be Pink up on a ropes course. But I hope she finds something because I appreciate the sentiment, even as I acknowledge how she missed her target by a wide, wide mile.

*Sometimes here at LaineyGossip we send in our requests for photos and other media to be used with the articles we write, but in this case the question is obviously not what, but where.

Where will the GIF of the Smiths watching go? (Lainey: and this is Taylor Swift reacting to Miley on stage. Thanks Hadley!) 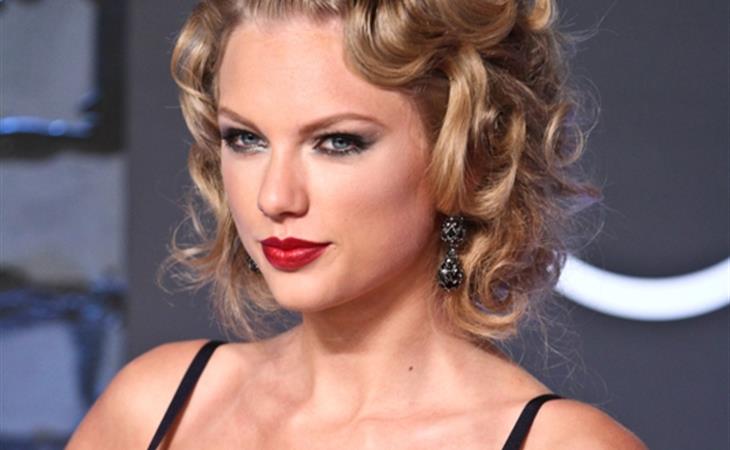 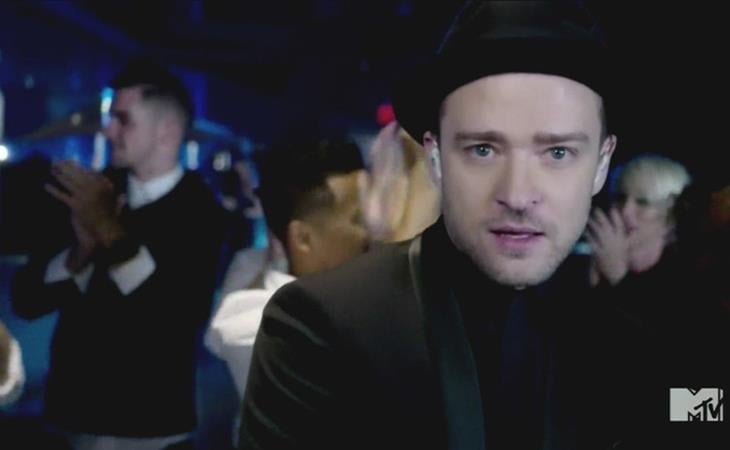