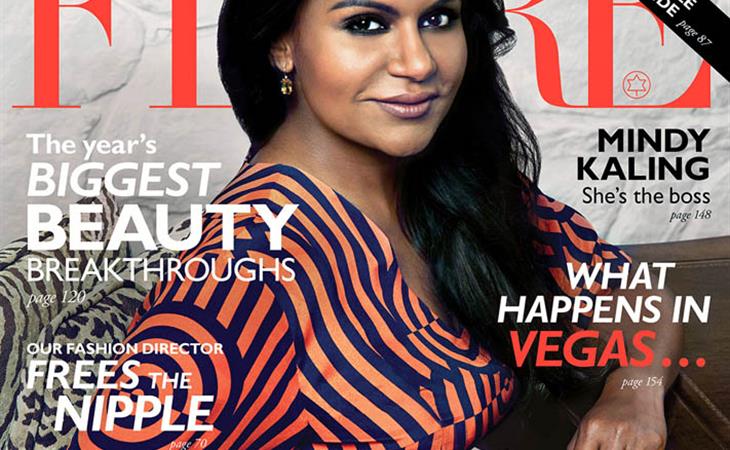 It’s the first day of school! For the moments that you remember that it’s true, you feel motivated, right? Like this year you’re going to give it your all, and really show them what you can do, right? Isn’t there always that renewal feeling on the first day?

Here to help you out is Mindy Kaling, who’s on the cover of FLARE this month in a dress I will spend the next year trying to sport. I just love the headline here.

Because Mindy Kaling is now 35, and so it’s time to stop qualifying things. She is a boss of a successful network show – star, showrunner, etc - yet she doesn’t spend all her time qualifying what a blessing it’s been, and how lucky she is. Which, for some people, is a problem. In the article, she says:
“Of course I’m riddled with doubts like every other creative, neurotic person, but if you don’t display them all the time, you’re seen as overconfident. I’ve worked in television for 10 years straight. If I were a man, it wouldn’t be considered strange [to have confidence] at all.”

This is still her reality. That being competent and sure of what you want is seen as overconfident. Welcome to television, and, I assume, any high-level gig. In a different version (or when she has kids, which she says she wants to) the question will become “How do you juggle it all?”

Then again, who has time to whine about it?  She has a show to run. This is what I love the most about Kaling. You can’t help but put her into the hypothetical friend-role, which is why I figure that if she were here listening to my problems, she’d go “Yep, it sucks. F*ck ‘em. Get to work.” Like so many of my friends from immigrant parents,  there’s no time to wallow in all the things that aren’t fair. You just keep doing your thing. Don’t look left. Don’t look right.   Don’t justify whether or not the "frivolous" things you’re interested in are worthy of being discussed.

That’s not to say she doesn’t notice the unfairnesses, though. Because the question of fashion comes up in the article.  Everyone always has a lot to say about Mindy Kaling and what she wears, and she admits that some stylists are themselves the problem:

“If you love fashion and you’re not skinny and something fits you, most stylists are like, ‘That’s great for you,’ and it sucks. I have my own taste and I want to try weird stuff and Hayley Atkin's not going to put me in a fuchsia shift just because it fits me and hides my quote-unquote problem areas.”

This kills me. She’s powerful. She has money. But the story is the same as the last awesome quote she gave, about how not-thin and not-white and female means she shouldn’t be confident. "Most Stylists" assume that all she wants to do is to shield her nudity. That there’s no greater sartorial achievement available. Except, look at that yellow Prada dress and tell me how anyone could think that? She kills it. Not least because she wears things she wants to be wearing – because she cares about fashion.  She knows what it means.

Ultimately Mindy Kaling proves the diminishers wrong every day by living the literal word of "being your own boss" – she pushes herself harder. She changes things that need changing:

“I am competitive and I am a perfectionist. So for me, ratings do count. Wednesday mornings, I always check, and it affects my demeanour for a while.”

Kaling’s running a race, and you can be in it or not, but she’s not slowing down. So use her as motivation. Get out in front, work hard, and then shrug at anyone who dares to throw shade.

Click here for more on Mindy in FLARE, available on Next Issue Sept. 4, and on newsstands Sept. 15. 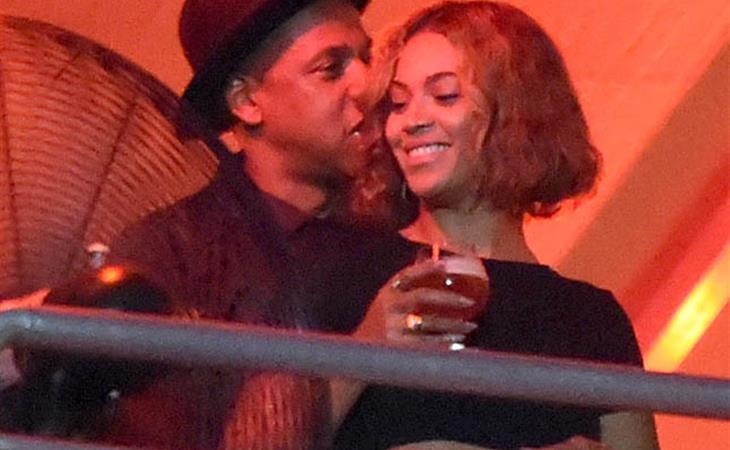 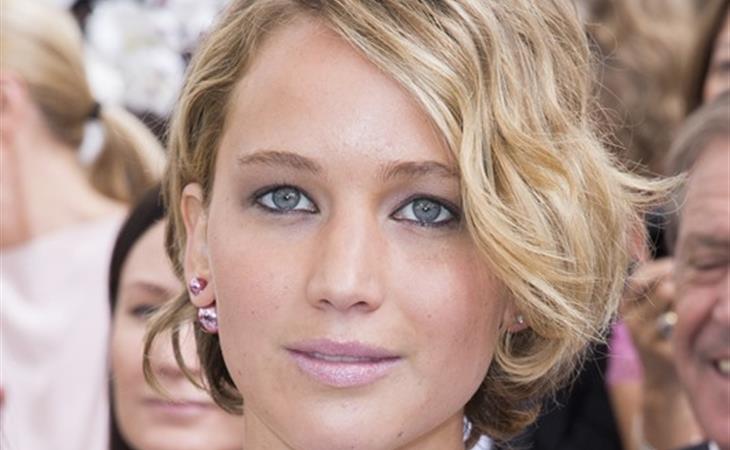