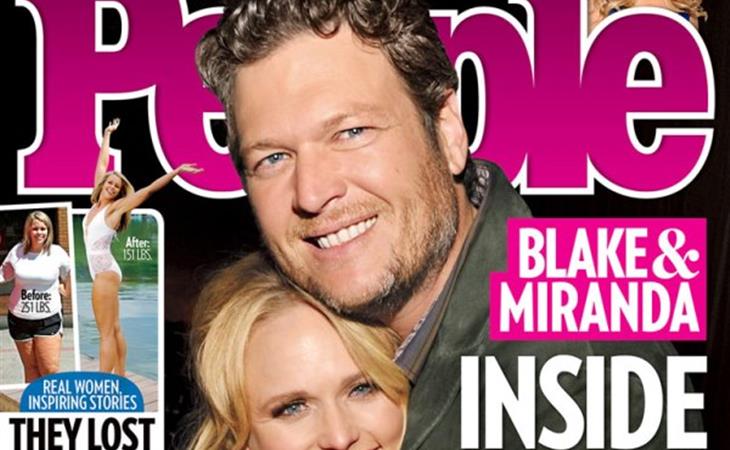 The Blake Shelton/Miranda Lambert divorce covers the new issues of PEOPLE and US Weekly. Some sources are saying it was because he wanted kids and she didn’t. Some sources are saying that she didn’t love the Hollywood life that he was getting used to on The Voice. After reporting yesterday that she may have been unfaithful to him, TMZ is now hearing from sources on Team Miranda about Blake’s alleged infidelities. And now Access Hollywood has come out to cite a source who claims that Miranda "‘had long time affair’ with someone in the music business and when Blake confronted her about it, she admitted to it. It was then that the Voice coach decided to end the marriage.”

Doesn’t mean it’s not true. But as I said the other day, Blake’s mainstream now. He’s got a lot of power behind him. And, clearly, the Nashville base is behind him too. For some reason, so far, Nashville seems to be on his side. Wonder why?