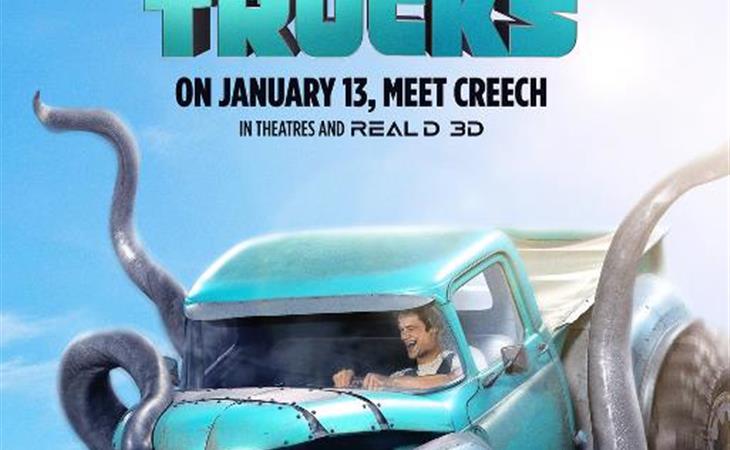 Monster Trucks is a disaster at every turn

Last fall Viacom took a $115 million write-down for an unnamed Paramount movie, but everyone made the leap that Movie X was Monster Trucks, the long-delayed would-be kiddie franchise meant to sell toys. Paramount has the rights to Transformers, but they have to share those profits, including merchandising, with toy manufacturer Hasbro, so they sought to create an original property they could control top to bottom.

The answer was Monster Trucks, a movie developed by studio president Adam Goodman and his four year old son. Goodman got sh*tcanned, though—only a month after Monster Trucks wrapped, an ill omen—and the movie went into free-fall, shifting through release dates until it finally got scheduled for a January 2017 execution. Far from launching an in-house toy bonanza, Monster Trucks is a cautionary tale of how hard it is to make a movie, and also, maybe letting a toddler have creative input isn’t the best idea.

You can tell that Monster Trucks sprang from the unformed mind of a child because it doesn’t make any goddamn sense. “What if monsters lived in cars” is the kind of high-concept idea that makes for a good pitch meeting and a tortuous development process, as you try to flesh it out enough to make sense. Axe Cop— co-created by a five year old—works because it leans into the absurd, even straight up bizarre. But Monster Trucks tries to play its own ludicrous premise straight, which is a total mistake.

Lucas Till (X-Men’s Havok) stars as “high school student” Tripp—Till was twenty-four at the time of filming and looks about thirty-two, and Tripp is only a high school student if this is some kind of 21 Jump Street scenario. Tripp dreams of escaping his small town by way of his mechanical prowess in repairing cars (better get moving, Tripp, robots are coming for your job), and far from the Spielbergian outcast kid who usually anchors these kinds of stories, Tripp is a popular guy, probably because he can buy his classmates beer.

One classmate, Meredith (Jane Levy, Don’t Breathe), has a crush on Tripp, but it’s okay because Levy was twenty-five when the movie was shot, and while she can pass for a college student, high school is, again, pushing it. So we’re off to a bad start with the wrong casting. But they try. Till and Levy are game, and they do their best to smile their way through this misguided film.

There’s oil exploration going on around their town, and one day a greedy oil executive (Rob Lowe, recalling his Tommy Boy sleazeball character) forces a nervous scientist (Thomas Lennon, pitch perfect and utterly wasted) to go ahead with drilling through a lake. This releases blob-monsters who drink oil and live at the bottom of the lake. Tripp discovers one of these creatures in the junkyard where he works, and he names it “Creech”—Tripp is a ten-year high school senior, no one said he’s clever—and promptly enslaves it and forces it to operate his truck.

The ethics of Monster Trucks are really confusing. Environmentalism is good, science is good, forcing a creature to live in your truck and haul your ass around for kicks is also good. (???) Creech needs oil to live, so he doesn’t have many options when it comes to places he can survive, and once trapped in Tripp’s truck, he doesn’t have much chance to escape. The movie wants us to think that Tripp and Creech are friends, but there’s no real bonding moment. Tripp discovers the monster—which looks like a landshark with octopus legs—and locks it under the hood of his truck and then they’re off. It’s just a little confusing as to what lesson kids are supposed to be learning.

I want to applaud the effort to create an original, live-action kids’ movie, because there aren’t many of those. And very small children whose brains aren’t fully developed will probably like Monster Trucks. But if you are old enough to understand object permanence, this is a rough ride. Every decision is so transparently bad, from the inappropriate casting to the weird messaging that sort of accidentally endorses animal abuse to the ugly character design and shoddy CGI—where did that $125 million go?—Monster Trucks is exactly the kind of movie that should cost studio brass their jobs. And it did. 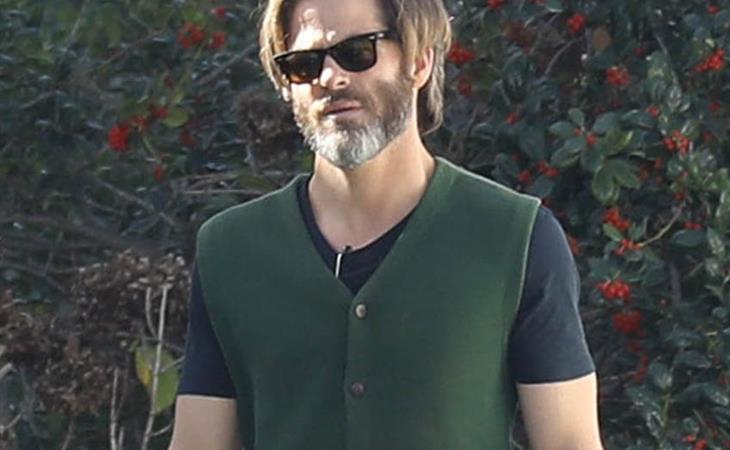 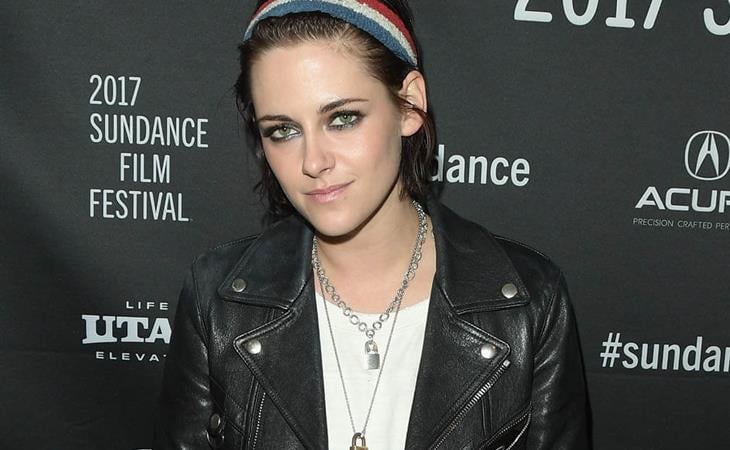