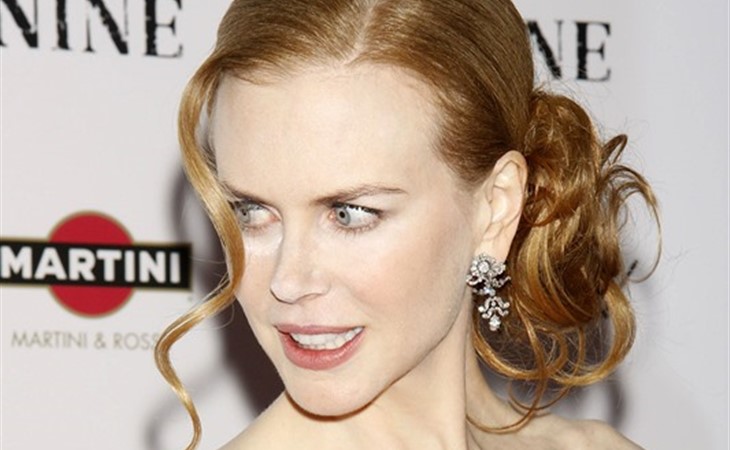 Thank you for all your emails about the Daily Mail’s analysis today of Nicole Kidman’s Bat Face. No joke. They actually compared her to a bat. Because of the freeze, of course. Because Gran can’t lay off the Botox. And they recruited a top Botox specialist to assess her work.

He subsequently railed on her for giving Botox a bad name, for over-using and ruining her face, effectively turning it into the possum of the night. Click here for the full scathing article. Amazing.

Amazing for the smuthound. But not for Nicole Kidman.

As a result, she must NOT have been in a good mood today. Because her bodyguard lost his f&cking sh*t on a pap in LA, beating the man senseless.

The video and photos are here. Very disturbing.

We all have our own opinions on paparazzi vs privacy. The way I see it, certain celebrities are more entitled to it than others. Like Jodie Foster. Who is an artist. Who is not a famewhore. Who isn’t interested in playing that game.

Nicole Kidman however is NOT Jodie Foster.

Nicole Kidman courts the press. Nicole Kidman talks freely of miscarriages and other personal matters in the media. Nicole Kidman had a very high profile wedding in Australia, providing copies of the invitation to local publications, organising what seemed like a royal motorcade on the way to the church, inviting journalists and reporters to attend, and then making public all the intimate details.

Nicole Kidman is NOT Jodie Foster.

Unfortunately, Nicole Kidman has lost control over a game she herself CHOSE to play.

And so when it comes to being a subject of speculation and fascination, it is not us. Or the paps. It is not YOU. But it is HER. She is the architect of the situation.

As such, don’t bother with the lame old same old excuse that that bodyguard was provoked. That that man deserved to be beaten to a pulp.

That bodyguard works for one of the most famous women in the world. He was driving around in LA. LA is not ObscureTown, USA. This is par for the course. This comes with the territory.

How will she spin this? Bet your Botox she’ll come out swinging as the victim. As always. As usual.