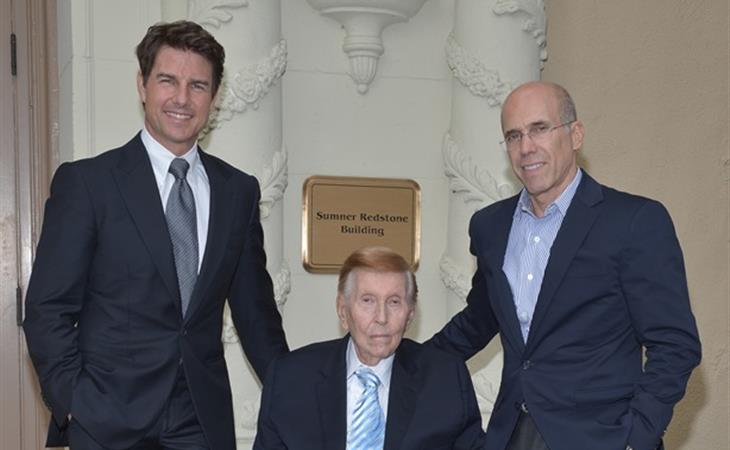 Yesterday I wrote about the issues arising on Star Wars Episode VII because Harrison Ford was injured on set and snarking on the surprise that he was badly hurt. The fact is, he IS 71, and he’s making an action movie playing a character we met almost 40 years ago. Injury is an occupational hazard, and if he gets hurt, it’s probably going to be worse than someone younger. RDJ broke his ankle on Iron Man 3, but he rebounded in a month and production continued relatively untroubled. He’s 20+ years younger than Ford, though, and RDJ himself admitted that incident made him think it might be time to hang up Iron Man’s gauntlets. After all, if the suits in Hollywood keep insisting that women “age out” of rom-coms, isn’t it possible for a man to age out of action movies? (Lainey: Tom Cruise? And…on the subject of Tom Cruise…)

At the same time that Star Wars is inadvertently illuminating the downside of aging action stars, a legal situation is brewing between former Viacom chief Sumner Redstone’s girlfriend (he’s the old obscenely rich dude who fired Cruise after he jumped on Oprah’s couch) and a singer who used to be on an MTV show (Viacom owns MTV). The legal drama surrounding him is very tabloid-friendly— there’s a younger girlfriend, an even younger potential lover, sudden firings, millionaire matchmaking websites, a missing laptop. Now here is a reality show I would watch—Old Billionaires in LA.

I wouldn’t watch it because old people are entertaining. Anyone who’s got an elderly person in the family knows ageing is cruel and comes for us all and hopefully science will devise a cure for it like, tomorrow. I would, however, watch because I am fascinated by what happens to families of privilege as the patriarch—or, rarely, matriarch—begins to age. It’s a macabre fascination, but there’s so much at stake. Redstone, for instance, is worth over six billion dollars and he owns the controlling interest in Viacom.

The situation with Redstone is this: His girlfriend, Sydney Holland, is in court with Heather Naylor, who once starred in and MTV show called The Electric Barbarellas. The original MTV dust-up is covered here, but the pertinent information is that MTV did not want to pick up Naylor’s show but Redstone made them. A couple years later, though, he didn’t defend Heather when MTV brought down the axe. Heather blames Sydney for swaying Sumner’s influence, and the reason this is all coming out now is because Sydney is suing Heather for allegedly stealing a laptop which contains “personal information”. Heather is fighting back, claiming that Sydney is controlling Redstone, alleging that Sydney has fired long-time staff and is otherwise isolating him.

Coverage so far has been reasonable and relatively classy, but I wonder how long it’ll be before TMZ gets involved and drags the whole thing into the gutter. Because that’s where this is headed. Sydney’s past is getting dredged up in court proceedings, including questions about how she met Redstone and whether or not a millionaire matchmaking website was involved. You cannot make this sh*t up. It’s Dallas and Dynasty, but it’s real life. If this was on TV, I’d watch it all day long.

And it’s not an uncommon story—there are elements that echo Donald Sterling’s recent meltdown, as well as the incredibly sad story of Casey Kasem, and I still recall the parade of horror I witnessed in that lawyer’s office as families tore themselves apart over inheritances. Plus there’s stuff like the recent public outrage over Sting’s decision to not leave his fortune to his children, and basically everything about the British Royal Family and the decisions they’re making as the Queen begins to slow down. Crazy sh*t happens when there are fortunes on the line and a looming power vacuum. 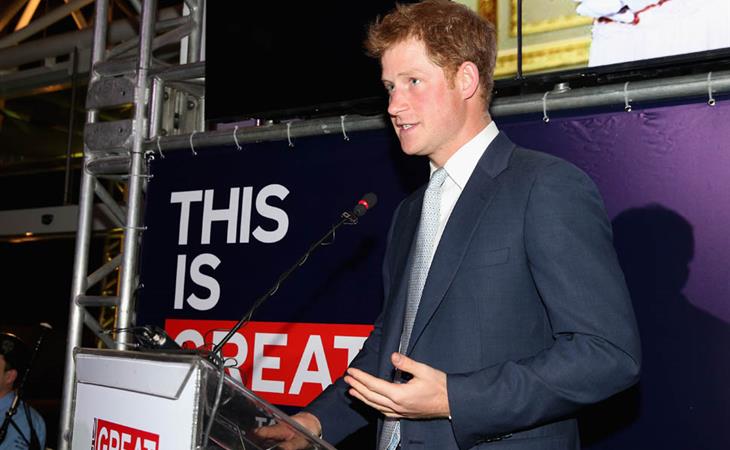 The Carters: opening night no XO