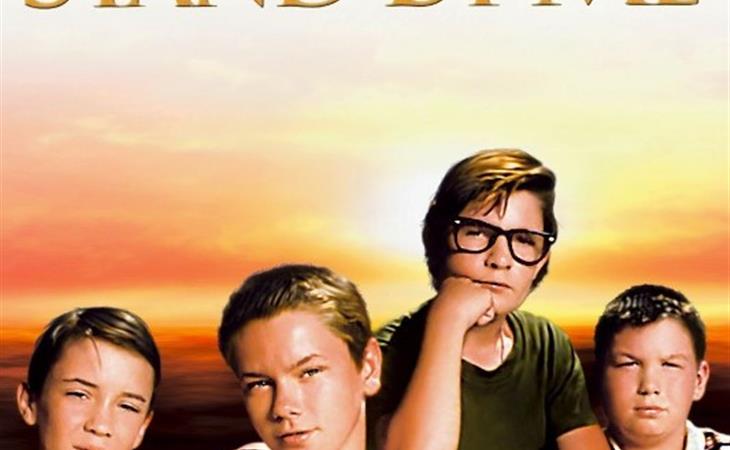 Have you started watching Stranger Things yet? Sarah’s review was posted yesterday . Every day for the last couple of weeks I overhear people having conversations about Stranger Things. There are a lot of us who grew up in the 80s, including Wil Wheaton, who told The Wrap this week that Stranger Things could be this generation’s Stand By Me. Stranger Things homages Stand By Me both subtly and obviously. Did you know that during auditions for the series, showrunners asked the actors to read lines from the film?

August will mark the 30th anniversary of Stand By Me. Yesterday Variety published an oral history of the film with commentary from the producers, writers, director Rob Reiner, Richard Dreyfuss, and three of the four surviving leads.

I was 12 when Stand By Me came out, exactly the age of the characters in the film. It was a confusing time for me. My parents were divorced. I was struggling with identity, feeling other as a Chinese kid, wishing I had a different family, a different face, a different life. I was angry without knowing why. That combination of not liking myself and being mad all the time was a lonely experience. What those boys were going through and growing through was recognisable. And probably for many of you too. Which is why the film now represents an interactive photo album of adolescent feelings. If that’s how it is for you, the oral history is mandatory reading.

One quick note though before you go – Rob Reiner tweaked a detail in the film about River Phoenix’s character in the book, Chris, and when exactly you find out what happened to him. This is Richard Dreyfuss talking about the difference that makes:

“I do remember from the novel, a piece of information that’s given away very early, is that Chris dies [as an adult]. I think it’s one of the ways that Rob improved on the story. You don’t know that until the end and it breaks your heart.”

Does that chill you the way it chills me? Are you watching Stand By Me and Stranger Things this weekend?