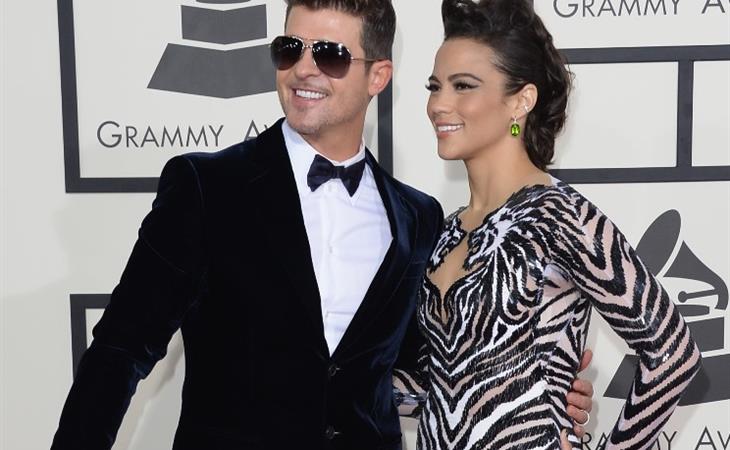 We can jump right in, because there’s no cutesy way to talk about the problems between Paula Patton and Robin Thicke right now. To recap: the Department of Child and Family Services (DCFS) is investigating Robin after their son Julian made statements to his school principal and mediator. (Details and timeline here.)

DCSF is investigating Robin and Paula filed an emergency order to ask that his access to Julian be restricted to daytime, supervised visits (her request was denied). On Friday, Robin went to Paula’s with the sheriff’s department to pick up Julian – TMZ has the video here. It’s not dramatic and doesn’t show Robin at all – it’s simply Paula (and possibly an assistant or nanny?) speaking calmly to the police.

Robin has defended himself, stating that he uses light spanking (which is legally allowed) as a last resort, as he and Paula agreed upon when they were married. He also said that Paula is actually just upset that she wasn’t allowed to attend the funeral of his father, Alan Thicke. Specifically:

“It is my belief that Paula holds residual anger towards me because I and my family would not permit her or her family to attend the funeral of my father on December 20, 2016. Paula did not have a positive relationship with my father … As such, she was not welcome at his funeral. It is my belief that Paula only wanted to attend because it would have resulted in additional public exposure for her.

Ah, the Famewhore Defense. Where have we seen this recently? Well, with Johnny and Amber, certainly. Amber is so pleased with the attention she receives from divorcing Johnny Depp that she simply can’t let go. And of course Brad said Angie can’t control her good publicity bloodlust, which is a pretty easy sell to people who want to buy it.

In all three of these cases the men face/d allegations of physical abuse, and all three defended themselves with, in short, “She’s lying for attention.” Because how else would a famous woman, or ANY woman, get attention, right?

In Paula and Robin’s particular case, it was the school who contacted Paula and DCFS (principals, counsellors and teachers are mandatory reporters in California). According to reports, Paula told the school that she had heard the same allegations from Julian and didn’t know what to do. She didn’t know what to do. That detail seems entirely plausible as this is a terrible situation. That is the reaction of a person who is distressed, not someone plotting a grand take-down.

But but but… she just wants to get back at him for missing out on a publicity opportunity! Ummm, couldn’t she have easily capitalized on her ex father-in-law’s death without going to the funeral? Any magazine or entertainment show would have taken her call. It would be incredibly easy for someone like Paula to procure a quick hit of publicity for any reason – every day we are inundated to breathless stories about haircuts and remodeled bathrooms and favourite smoothie recipes from A to Z listers. Paula Patton didn’t need to wait for someone to die to get a story in PEOPLE, OK?

Beyond procuring invites to star-studded funerals, is she hitting up every red carpet, going to all the parties, store openings and events in LA, sitting front row at fashion shows or using social media on the regular? Not really. It’s a weak defense. His allegation doesn’t fit her public profile at all. But even if we believe, for argument’s sake, that she loves good publicity and wants more of it, does that invalidate her claim? And the school’s claim?

Paula also alleges that drugs and alcohol play a part in the issues and cited an incident when Robin showed up to kindergarten graduation intoxicated at 8:30 in the morning. Robin has admitted to issues with drugs and alcohol in the past. So on the one hand you have a man who has substance abuse issues and supporting declarations from the school principal and mediator and on the other hand you have a woman. Tough call on who has more credibility, apparently. 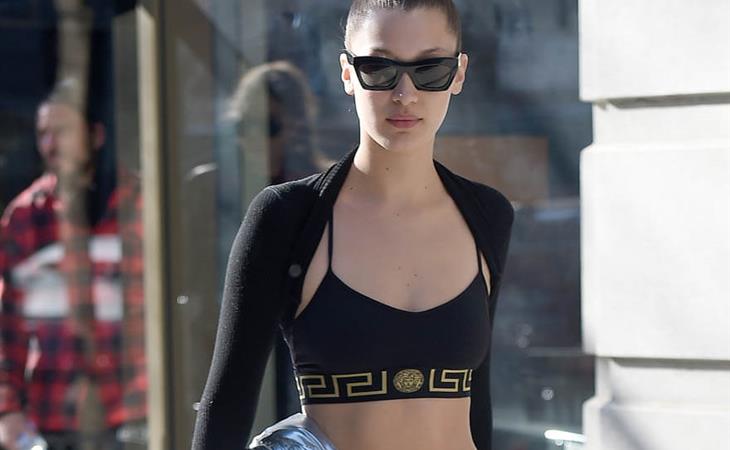 Body-off is the new dance-off 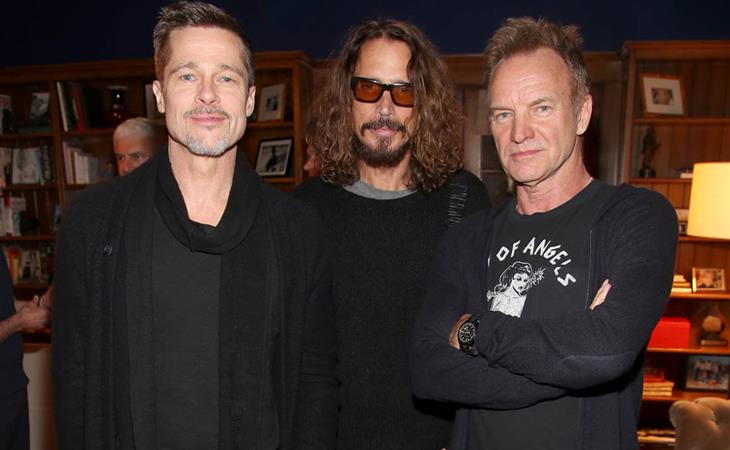