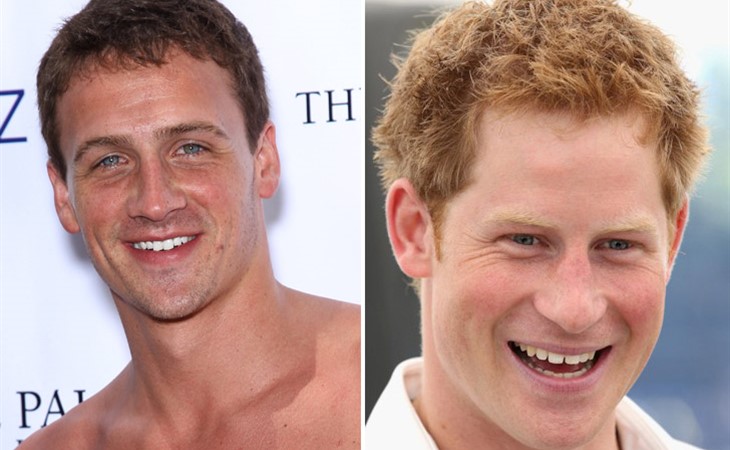 Prince Harry was in Vegas last night. So was Ryan Lochte. They ended up in a pool together. Easy. I too wish this story would end the way you want it to end -- with Lochte’s legs wrapped around Harry’s waist. Instead, at 3am, Harry jumped in the pool with his pants still on and challenged Lochte to a breast stroke. Not surprisingly, they were surrounded by girls. Click here to see pictures and video.

15 years ago, Leonardo DiCaprio led his Pussy Posse around the world, conquering every territory from Las Vegas to London and beyond. Leo is much more stealth in his pursuits now, leaving the open hunt to his youthful successors...

Some of the best, most degenerate, decadent gossip stories I’ve ever heard took place, obviously, well before technology made secrets obsolete. Players would prizef-ck side by side. Literally. A hotel room with two queen beds, a bigger suite and one dude gets the couch, while the other one uses the room but leaves the door open. And it wasn’t limited to rock stars either. Or the Brat Pack. Imagine Prince Harry, third in line to throne, in such a situation with Ryan Lochte? I wish it happened in the Olympic Village.

I still miss the Olympics. Someone just sent me this video.

What’s your TIFF 2012 wish for the Gossip Genie?

Are you flirting with the TSA?