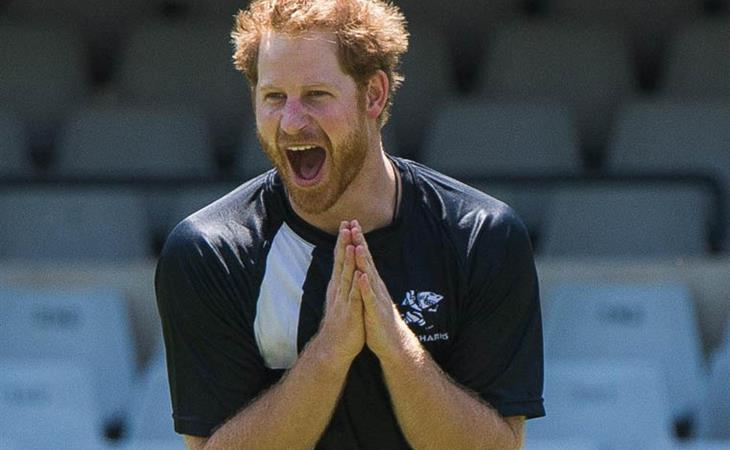 Hot Harry on the beach

You’re not even going to bother reading what I have to say, are you? That’s OK, I get it. But on the off-chance you do want some words…

Another day, another Prince Harry post from South Africa. By land and sea!

First, Harry took his shoes off and played rugby with the kids. We don’t often see a barefoot royal. But if there’s one royal who will go barefoot and not seem awkward, it’s Hot Harry. Look at him, getting down low in the huddle, talking strategy and then with his arms in the air on the field, cheering them on.

And then he hit the beach to watch Surfers Not Street Children participate in a surf skills demonstration, once again surrounded by children who seem like they’re having the best time. And he’s wearing the sh-t out of that white shirt. I’ve spent a lot of time looking at a lot of these photos. I hope they give you as much joy as they’ve given me.