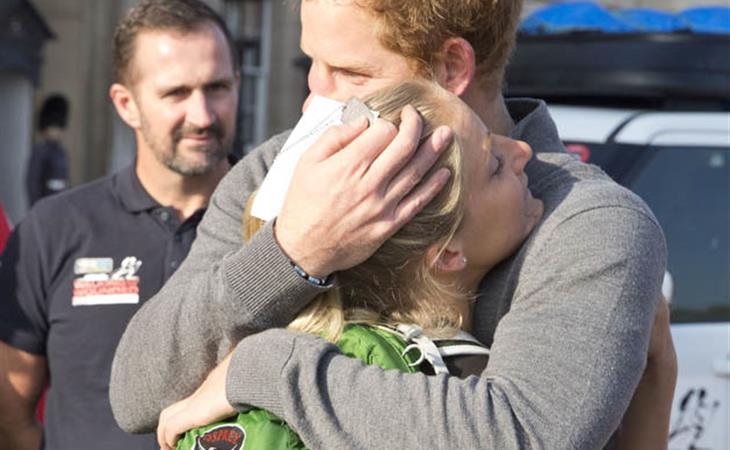 After a short trip to the US last week, Prince Harry was back in England this weekend meeting with members of the Walking With The Wounded team at Buckingham Palace at the end of their 1000 mile trek. This photo…

I can’t look at it too long. Because… DESIRE. And so many feelings.

You ready to get choked up? Here’s the story behind this photo:

Overcome with emotion. Prince Harry was deeply moved after a U.S. Marine gave the dog tag of a fallen colleague to the royal on Sunday, Nov. 1, at Buckingham Palace. Marine Kirstie Ennis had just finished a 1,000 mile marathon trek for charity through Britain with five others when she presented the royal, 31, with the dog tag. Ennis herself had been severely injured in a 2012 helicopter crash in Afghanistan.

The royal, 31, gave a hug to Marine Kirstie Ennis as she presented him with a dog tag from a fallen Marine. Ennis, 24, who was severely injured in a 2012 helicopter crash in Afghanistan, walked 1,000 miles through Britain along with five other people. While Ennis was scheduled to have her injured leg amputated this summer, she instead decided to embark on the brave journey. When she presented the treasured dog tag to Harry, he got visibly choked up.

However, Ennis urged him to take it. “Please, you know what this means to me, I want you to,” she told Harry.

The tag honored Corporal Baune, originally from Minnesota, who was killed in Helmand Province in 2012 after his unit was hit by a blast.

How many members of his family hug like he hugs? With a hand to the back of the head? It’s so much it’s too much.

Also attached – Harry at the Rugby World Cup on Saturday. 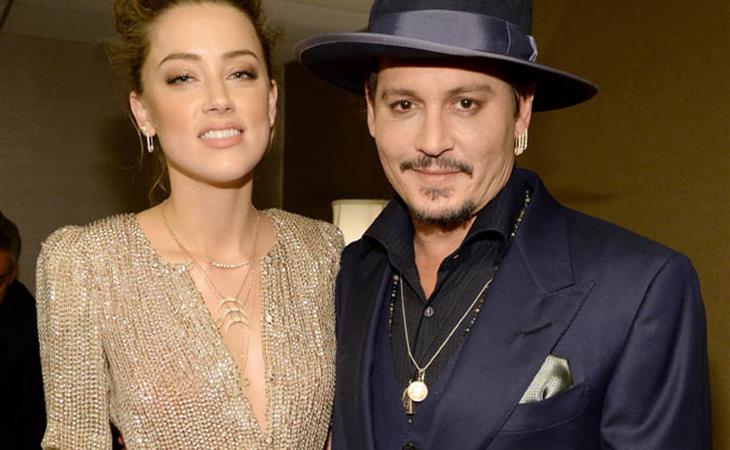 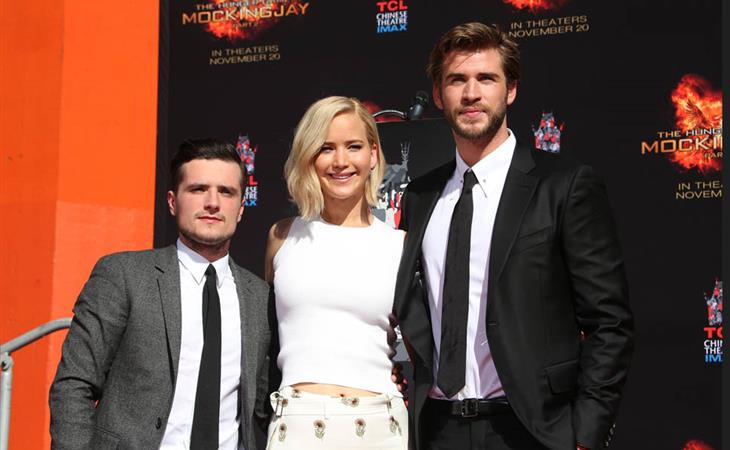