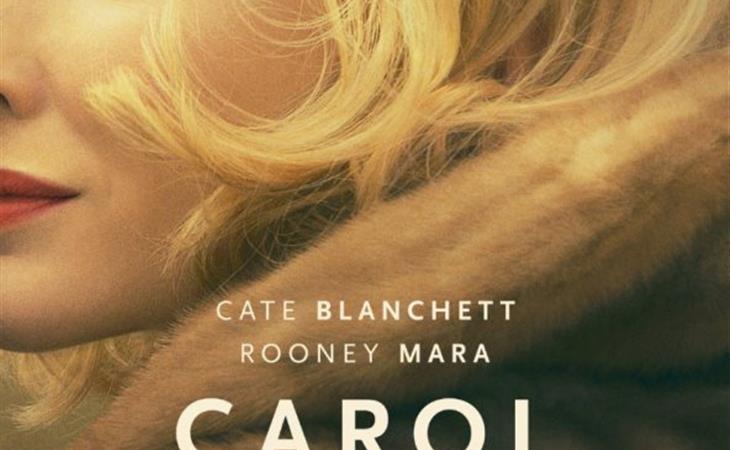 (Lainey: the “Christmas” in the title is my corny addition and not Sarah’s. Am working on a theme today.)

Todd Haynes made one of my all-time favorite films, Velvet Goldmine, which is about a young man’s sexual awakening at the hands of a more experienced man during the vibrant and drug-fueled 1970s glam-rock era. But for all that it has gaudy makeup and outrageous costumes, Velvet Goldmine isn’t a bright film. Its lingering impression is one of darkness, even sadness. Likewise, Haynes has plumbed the 1950s for a tale of repression and oppression, in Far From Heaven. That film explores the strict sexual mores of mid-century America from the perspective of interracial and homosexual romances, and the passion and fury that seethes just under the surface when people are not allowed to live their fullest lives openly and freely.

Haynes’ latest film, Carol, returns to the 1950s and combines the sexual awakening of Velvet Goldmine with the restrictive society of Far From Heaven, but with diminishing returns. Adapted by Phyllis Nagy from Patricia Highsmith’s novel, Carol is actually the story of Therese (Rooney Mara), a young woman literally stuck “behind the counter” by the rigid gender roles assigned in the Eisenhower era. Therese likes the model trains on display at her department store, but she can’t show them to a customer because she can’t leave the doll counter, a metaphor so on the nose a five year old can decipher it.

Cate Blanchett stars as the titular Carol, a glamorous older woman to whom Therese is attracted. Blanchett plays Carol with a complicated sexual edge—she’s not overtly sexy, but she recognizes Therese’s interest before Therese herself has identified what she’s feeling. In a certain light, Carol’s behavior toward Therese is a bit predatory. And as Therese, Mara is at her most wide-eyed and coltish, playing up Therese’s longing for more than what’s expected of her—and what’s allotted to her—but unsure of how, or even if, to pursue that more.

Carol is a beautiful film, gorgeously assembled from the costume design (Sandy Powell), to Carter Burwell’s score, and Edward Lachman’s cinematography. This film is like a Faberge egg, exquisite in its detail, but it’s also sort of inaccessible. It’s just so—perfect. I know it’s a strange criticism, but Carol is so perfect that there isn’t really anything left for you to do with it other than observe it. There’s no way into this film. Far From Heaven lets you in through its melodrama, Velvet Goldmine gets to you with its lurid glam-rock trappings. But Carol is not melodramatic and it’s certainly not lurid—it’s so contained it’s practically sealed shut.

But it is a phenomenal film. It’s well worth watching. And it may resonate with you more than it did with me. It just feels remote in a way that Haynes’ previous work doesn’t. Carol is a pristine cinematic environment, so completely realized there’s little else to do but marvel at it. Thematically, it’s revisiting the same grounds as Far From Heaven, but it does so in a tighter, more restrained way. Kyle Chandler appears as Carol’s estranged husband, and he’s GREAT, in turns furious and hurt as he can’t figure out why Carol won’t just love him like she’s supposed to. But everything is so closed off within that story that it doesn’t feel as urgent as Far From Heaven, which involved a community in the wide-ranging effects of bigotry and hate.

Carol is a strange film to parse. It’s certainly one of the very best made and well-acted films of the year, but its sum total is cold and reserved. It’s an easy film to admire but a difficult one to engage with because it feels like it doesn’t need anything from you. It presents a story and tells you everything you should feel and how to respond at every step and stage. The only moment in which Carol feels truly engaging is the very end, when you’re not sure what will happen next. Other than that one, final moment though, characters behave and the story progresses exactly as you expect. That’s the only thing missing from Carol - the sense of wondering what can or will happen. Yes, Carol is a masterfully made film, but it’s also one of the most remote films in recent memory. 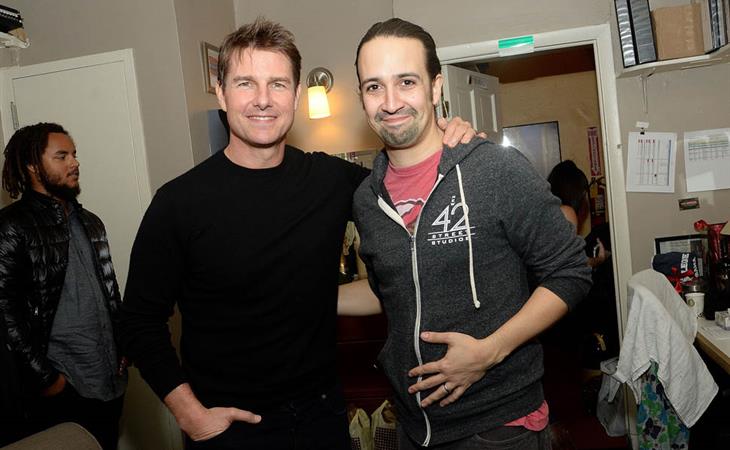