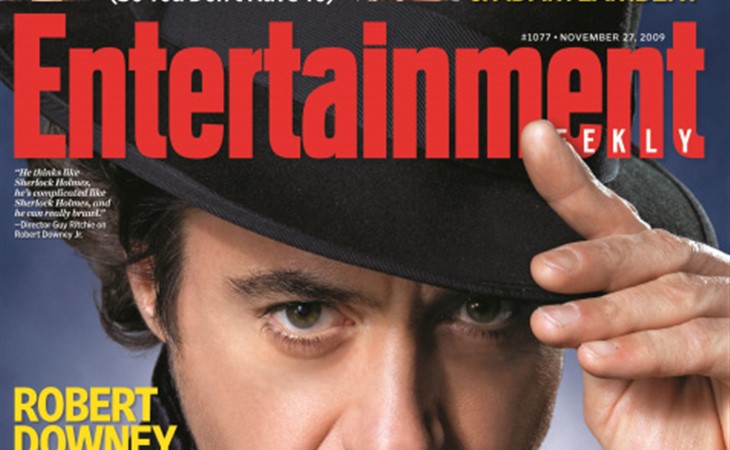 Rob on the cover

RDJ is on the cover of the new Entertainment Weekly. Holiday movie season, the hype is everywhere. Sherlock Holmes doesn’t open until Christmas. But the promotion must start now. As usual, he gives great quote.

“I’ve never had it this good – this is my day in the sun – and I certainly don’t want to look a gift horse in the molars. But Susan [Downey, his wife] and I want to begin to be in our lives as much as we are in our jobs. I’d love just to sit here and say, ‘What movie’s playing tonight?’ I’d love to finish the new book about D-Day I’m reading. I love painting, I love music. I’m f---ing really good at what I do – and have been for a long time, so I don’t waver on that. But here’s the thing: I can only be a guy on a call sheet probably, I don’t know, maybe a couple more times. It’s something I’m so grateful to have in my palm, and yet I already see its inevitable decay.”

An exit strategy isn’t necessarily a bad thing. RDJ has said before that he has limits, and the danger is in going beyond those limits. For him this always leads to dark places. He’s been working non-stop for nearly 3 years. A break is a good thing.

As for Guy Ritchie – he does address, sort of, shooting the film in the middle of his public divorce. Remember when Guy used to be married to Madonna?