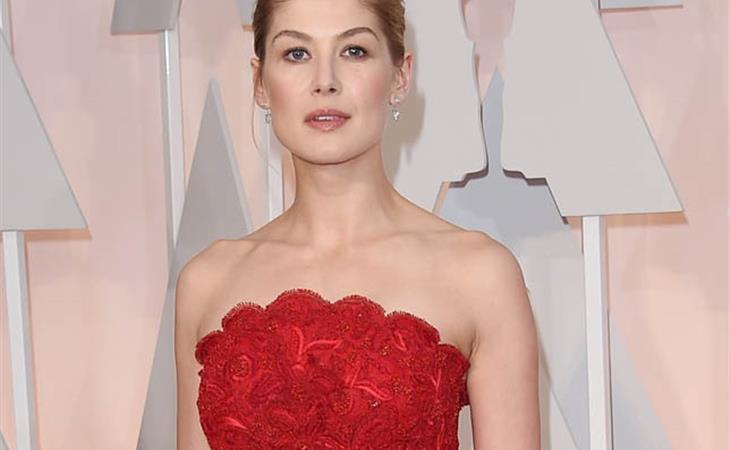 It was a good night for Rosamund Pike, all around. Her dress was the best one she’s worn all season, which is a relief, and it managed to be not boring in a sea of beiges. And she was fun – she’s known to be maybe not the easiest interview, but she seemed to be enjoying herself on the red carpet.

And best of all was this haircut. When I saw her bun from afar I thought it was pretty small, not puffed up with a hair donut (Aside: I just had to explain to Lainey what one of these is) and I thought that was refreshing on its own. Then I saw why.

Look at the back half of her head!

Shaved! (Or anyway, clipped!) Like we did in grade nine! Hidden beneath the long hair when necessary but such a cool look when not.

Then I had immediate visions of Pike, all her contrariness on parade, wearing Doc Martens and smoking a cigarette before Ancient Civilizations class, hair pulled up at the back to show the shaved half of her head.

I kind of love that she might be a badass, have a bad attitude. I’m developing a girl crush the likes of which I thought I got over post-graduation. I wish this were the beginning of awards season, not the end – I need more Rosamund Pike. 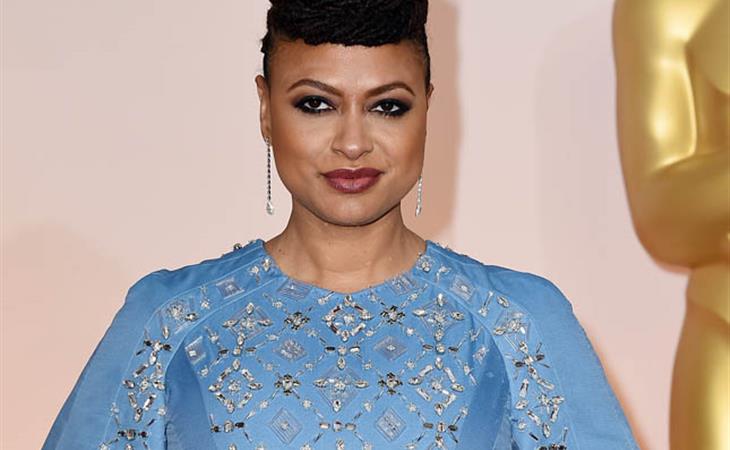