Oh I could get with this

Ryan Gosling will not be at the Oscars this weekend. Which I still don’t understand because it’s not like Michelle Williams could have summoned that performance on her own, especially not in that film.

He may not be in LA but maybe Cincinnati is better. Check out these photos of Gosling on the set of The Ides of March with George Clooney whose parents came by for a visit yesterday. Look at the Ryan all charming and sh-t with the folks, like all afriendly with Clooney Senior, totally in with the Clooney situation. Someone is working it hard, non? Smart though. I mean, if Clooney’s on your side, it’s all good things.

Evan Rachel Wood also seems to be getting on really well with the Clooneys. She gave George’s dad Nick a big hug when he arrived. And Photo Assumption says she and Ryan seem to be working well together too. They certainly look good together. She wasn’t shy either when she signed on to the project about, um, his attractiveness.

Oh yeah I can totally get behind this train. I will push this train if I have to. All over it. You’re yelling at me, I can hear you but I’m into it. I’m feeling it. Come on. Imagine the tape.

PS. This will be the last post of the day while we go into super prep and rehearsal for our live red carpet show on Sunday night – 6:30pm et/3:30pm pt on CTV! Duana and I are working through the night on Sunday, no sleep, to bring you extensive coverage of the entire show – the moments, the clothes, the bitches, the beasts. Monday’s column will be massive! See you then and have a great Oscar weekend!

PPS. The Meangirling story will be posted Monday and that might be better after we all see how they do as hosts. 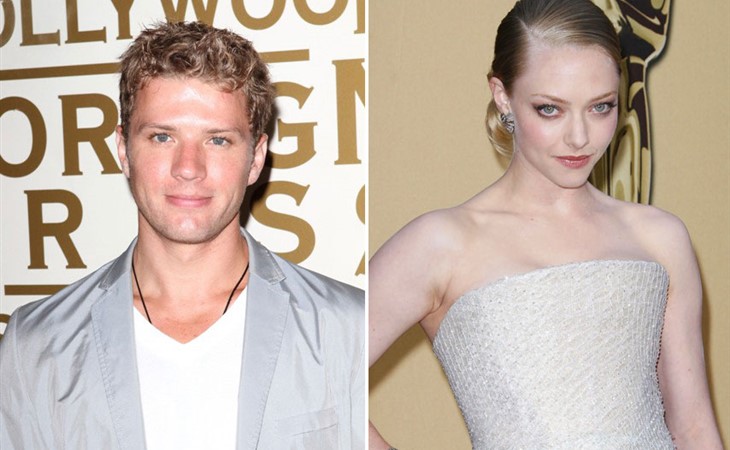