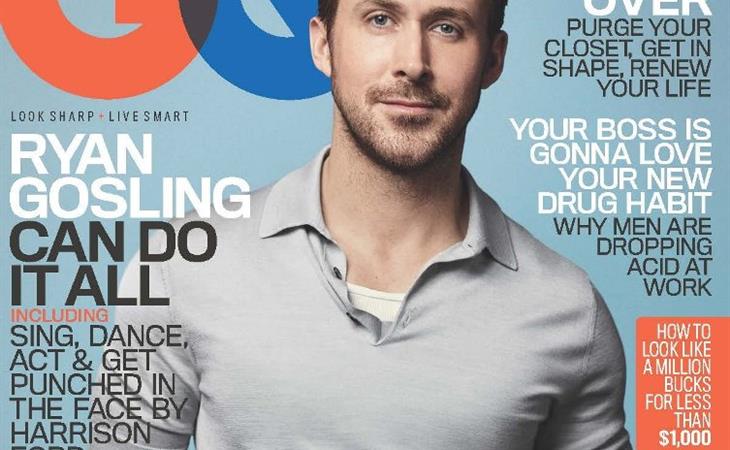 Ryan Gosling is on the cover of GQ's January 2017 issue. They call him Hollywood's "Handsomest, Wittiest, Leadingest Leading man." Some would say that Gosling is the answer to the question, “Where have all the Movie Stars gone?” This GQ title would suggest that. But I would assign “wittiest” and “leadingest” to Chris Pratt or the other Ryan from Canada over Gosling any day. It’s not that he’s not handsome or witty or a Bonafide Movie Star but if Pratt is the Class Clown and Reynolds is Prom King, Gosling is the cool kid cutting class and smoking cigarettes behind the football field. He’s not the letterman-jacket-wearing popular kid. He’s the guy who would reject the “leadingest” tag. Or at least, that’s what he wants us to think.

Gosling chose to meet the GQ writer at Dracula’s underground tomb in Budapest for no other reason than to remind us that he’s dark and weird and so interesting. The feature switches from slightly pretentious anecdotes from Gosling’s childhood of feeling like an outsider to present day talk of La La Land, the Blade Runner sequel, his family with Eva Mendes. Of course, the Eva stuff is what other outlets are jumping all over so let’s get the “aawwwww” quote out of the way.

“Eva's the dream mother, and they're dream babies, and it's like a dream that I'm having right now. I'm dreaming it all. So I feel so lucky.”

Whatever. He loves his family. Should we give him a gold star and a pat on the back? It’s a cute quote, sure, but I find it more adorable when he tells this story about his eldest daughter’s visit to the Blade Runner set with Harrison Ford.

I really appreciate the lack of diapers in that anecdote. Hollywood dads, take note.

There’s also a story about Harrison Ford punching Ryan in the face during a scene and apologizing with a bottle of Scotch and a few other quotes about their playful dynamic that make me excited for a Gosling/Ford press tour. They’re both known to be crotchety when they want to be and charming when they decide to be. Which ones will show up?

In this GQ interview, Gosling decided to be charming, especially when he talks about the Hey Girl memes. This is the thing about Gosling. He's managed to be a Movie Star while keeping an air of mystery about him in the post social media/reality star era. And yet, he’s still an internet phenomenon. Hilariously, he credits his ‘Canadianness” for why people are obsessed with him and name-checks Justin Trudeau as the Canadian heartthrob who deserves to be the Canadian Internet Bae of the moment. Then Gosling owns up to watching his own memes/Vines/whatever the kids are calling them and explains why they make him uncomfortable.

“I do care about what I say, and how I say it. Even if they're positive things, it's an odd thing to be quoted, to be credited for something that you don't deserve and haven't earned.”

This is interesting because another star might lean into this persona the Internet created because it is so positive, even if they didn’t “earn” it.

My favourite part of the profile is the Mickey Mouse Club reference. They only touch on it briefly, in reference to Gosling’s dance training for La La Land. He says he was excited to dance in a style where he wouldn’t have to “shake it like a showgirl,” like he did when he was singing and dancing next to Justin Timberlake and JC Chasez. Speaking of singing and dancing next to JT and JC, please revisit the greatest video of Ryan Gosling’s career.

Last thing: what’s wrong with this cover? Duana and I have fought over the hotness of a GQ cover before. I might be in a fight with all of you because this cover is doing nothing for me but I can’t figure out why. The inside spread is much better. You can judge those photos and read Gosling’s full GQ profile here. 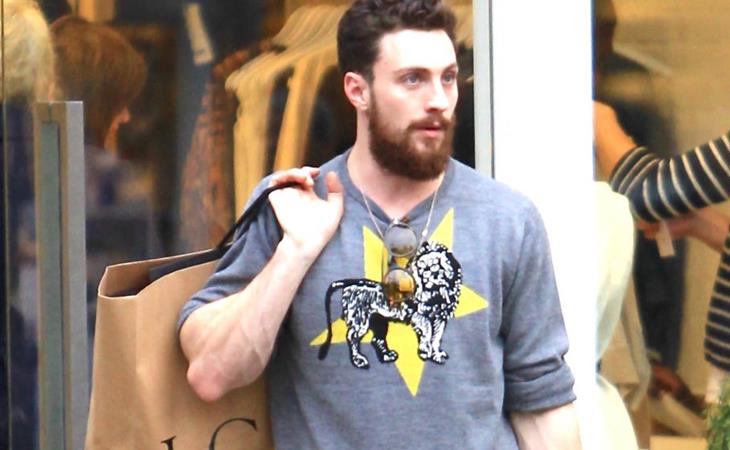 My Obsession at the Golden Globes 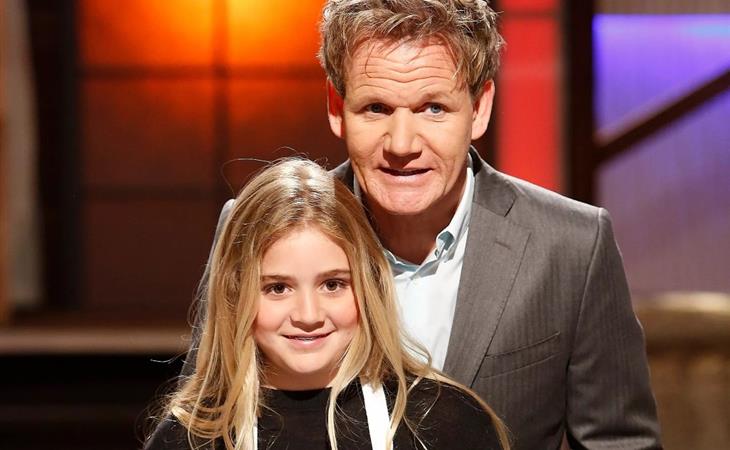