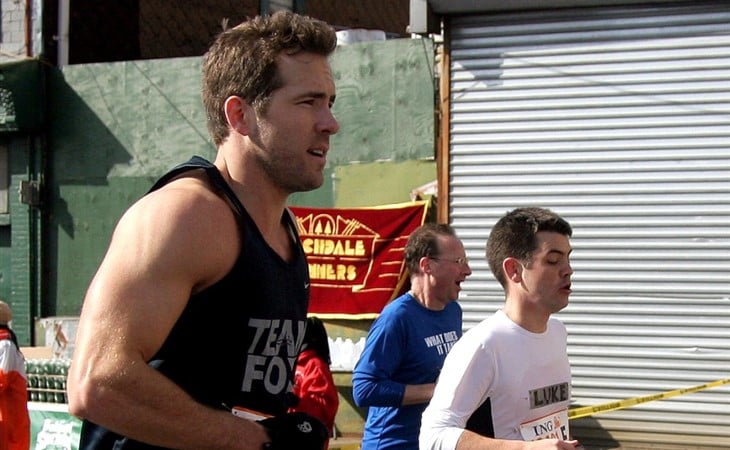 Ryan Reynolds ran the NY Marathon yesterday and finished in 3 hours 50 minutes, faster than he had planned. Ryan entered the race in support of Team Fox for Parkinson’s Research. His father suffers from the disease and Michael J Fox has been a source of inspiration for his family.

Even I kinda got all weepy reading about what kept Ryan going, motivating him to beat his projected time:

"When I saw Michael J. Fox on Fifth Avenue, I gained about 15 pounds in goose bumps. It kind of pushed me through the last six miles or so. [During the race] I thought a lot about my father and Michael and the 500,000 other people afflicted with this awful disease in the United States alone. I ran for those who can't.”

Ryan was met at the finish line by his mother and brother and Scarlett Johansson was apparently somewhere along the route but not at the very end. Probably to avoid being photographed. Because when your husband completes a f-cking marathon, it’s so much more important to make sure the paps don’t take your picture.

Wouldn’t that bring more attention to his efforts and the cause? And for someone who announced that she was “engaged” to Barack Obama, wouldn’t she understand that?

Brad and the Mighty Opes