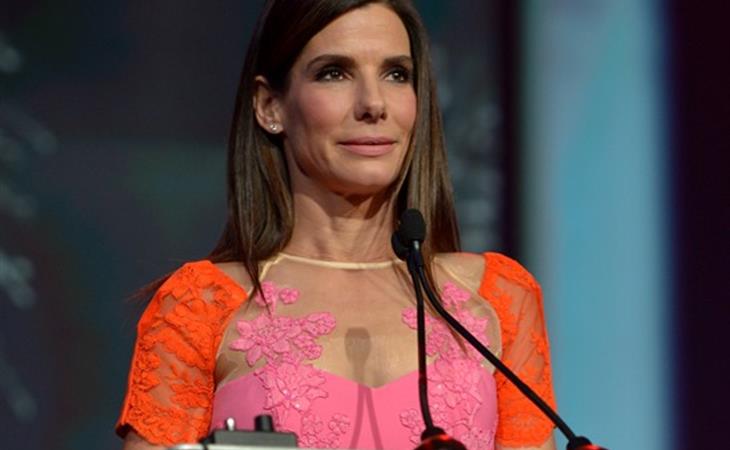 Sandra Bullock is “over 40”

There were some major players at the Palm Springs Film Festival this weekend. As Tom Hanks said at the event, “The holidays have come to an end but for some the celebrity mule train is just beginning”. Oscar nominations voting ends on Wednesday (and will be announced next Thursday) and since many Oscar voters live in Palm Springs, it’s always an opportunity for one last hustle to get their names on the ballot. This is why, if they’re invited, they all try to show up.

Sandra Bullock was named Actress of the Year after a strong 2013 that included a summer hit with The Heat and a serious best picture contender in Gravity, a film she pretty much carried, delivering what many are calling the finest performance of her career, despite the fact that she won an Oscar not too long ago for The Blind Side. You remember when she won for The Blind Side? During her typically self-deprecating speech, she acknowledged that she was probably up there not necessarily on talent but on likeability. Sandy’s been working the circuit hard lately. And I wonder, I wonder if she really, really wants it this time because she thinks that if she does get it, it’ll be more for merit.

If she actually does win, the tone of the acceptance likely won’t change. Sandy was pure Sandy on Saturday night, laughing about what the internet says about her and namechecking George Clooney, obviously:

But the star, who said she learned "a lot about myself," opened up about her discoveries – good and bad. "Some things I was very well aware of. 'Sandra Bullock is over 40' came up a lot. I know that. 'Sandra Bullock's way past 40.' Yeah, I know that, too … 'There's absolutely nothing special about her acting. She's not particularly attractive, I can't stand her, she's mediocre. She's over 40.' And apparently Julia [Roberts] … You and I are in a dispute over George Clooney. We talked about this, right? It's shared custody and we're both fine with it. [There were] lots and lots of comments about who I've dated. Some are true and some I'll never admit to. I was reminded I made out with Meryl Streep. Off-screen, not necessarily her choice. I kind of took her by surprise. Some commenters thought I had good hair and good teeth. And I made some young girls and some over 40 girls laugh with some chick flicks. I sparked with Betty White and I've flown into space. I've had a pretty good life and a pretty good career." (Source)

Not a bad rehearsal for Oscar. And this time she won’t have to look at Jesse f-cking James if she’s up there. 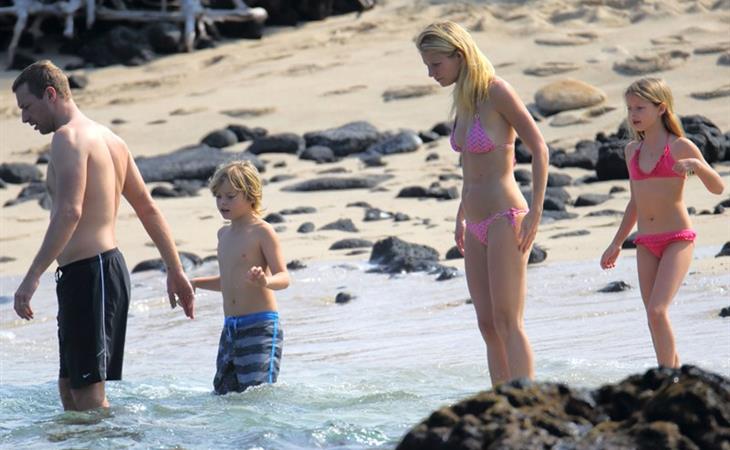 Gwyneth’s begins at the beach 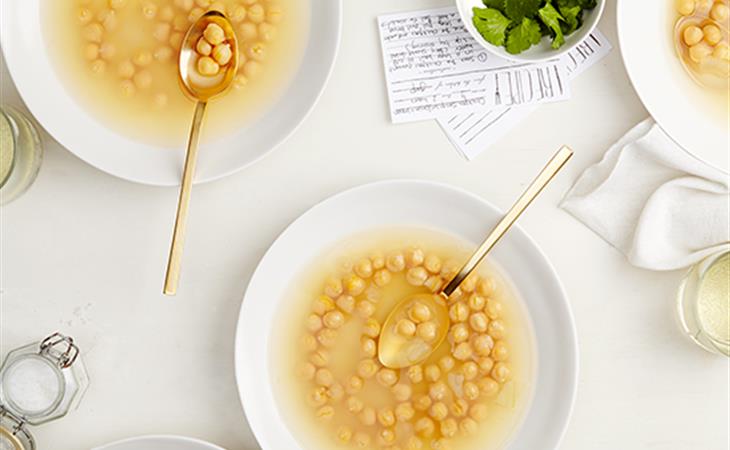