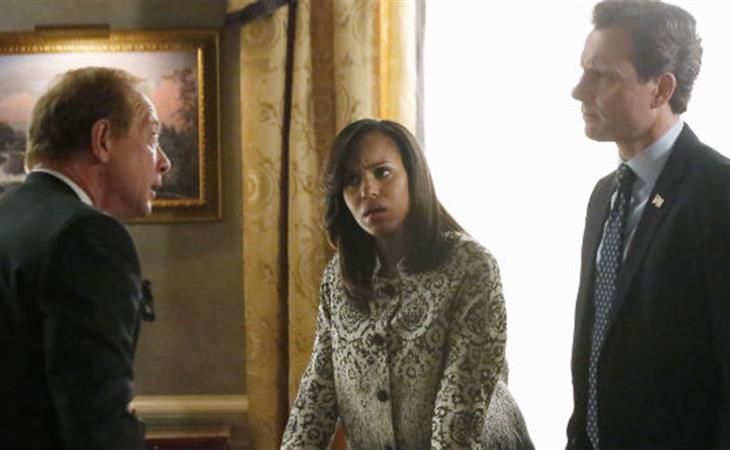 Well, for all of us who didn’t think they were going to do it, they did. For all of us who thought they weren’t going to make the rougher choice, they went for it. And even though it’s all steeped in political intrigue and I now know enough about B6-13 to be Command myself, they still managed to make it effective.

Mostly, of course, this was because of the love story of James and Cyrus. It was really a moving portrait, wasn’t it? How much James wanted to make Cyrus happy. How little Cyrus thought he was allowed to be happy. How genuinely excited Fitz and Mellie were for Cyrus when he finally had something of his own. In fact, this episode, dealing with his old friend, is the most I’ve liked Fitz possibly all season.

It’s sad, to me, that even as there is more and more marriage equality and many people, famous and not, who are out and proud, there are a lot of men and women who grew up thinking they couldn’t be, and haven’t adapted. A lot of strong, confident people who are excellent at their jobs nonetheless felt like this part of them couldn’t be out in the open, even if it was for their younger counterparts, or those who were in less public view, or… or…or.

I didn’t expect the story of Cyrus losing James to be the story of how he learned to be himself. How James was probably the part of him that made him good. Because Cyrus is not necessarily good, but he mourns anyway. I liked that.

Conversely, though, I didn’t like that Jake (Noel, let’s be honest) was supposed to be seen as sympathetic because of the way he stayed with James while he died.   Because he was, if not conflicted, at least sorry about the way James’ last moments went down. Because he invoked the daughter. Didn’t like it, didn’t buy it.

But I’ll take it, if it means that Olivia Pope is finally going to DO something. She’s been moaning and biting her lip for most of the season, and I don’t think it has anything to do with Kerry Washington’s shortened schedule. I just think that with Liv’s parents doing all the interesting things, she’s been watching them like so much of a tennis match and has forgotten to be a badass.

But her position is clear. She wants to take down B6-13 and, excitingly for me, she thinks David Rosen is a worthy partner in this endeavor. I’ve been wanting to see D. Rose do something that gets his hands a bit dirtier, and it seems that since he has no choice, he can get on board with Olivia. This is only going to get better, especially since Abby got to smack him around for not telling her things. I suspect this is only the beginning.

Harrison, on the other hand – Harrison could be holding up a flashing neon sign that tells Olivia and everyone else all of his secrets and would get nothing out of it. Was he on camera for a full minute today? I don’t think he was. That’s not necessarily a bad thing, but when Liv’s parents are each big bads, and Jake has a continuing story, some of your white hats are going to get the shaft. Some medium bads, too, considering that Adnan used to make him break into a cold sweat and she almost peed her pants when Marie took the dude out.  I’m not sure how that’s going to shake down at all.

And then, after all that, we have two big kisses. Mellie’s was a lighthearted joy in the middle of a dour hour – and that’s a woman who’s cheating and being cheated on.   How was it so sweet? By contrast, Quinn’s and Huck’s (I believe Katie Lowes referred to them as “Huckleberry Quinn” on Twitter) was gross and unpleasant. Not because of the spitting, or whatever, but because of the degree to which it seems driven by biology. I know I’m supposed to be hearing and understanding that what makes them want to f*ck is the same thing that makes them want to kill, but it doesn’t feel real. They don’t feel that broken. Quinn, in particular, is still playing with dolls, it seems. I don’t know why it bugs me so much, but it does. 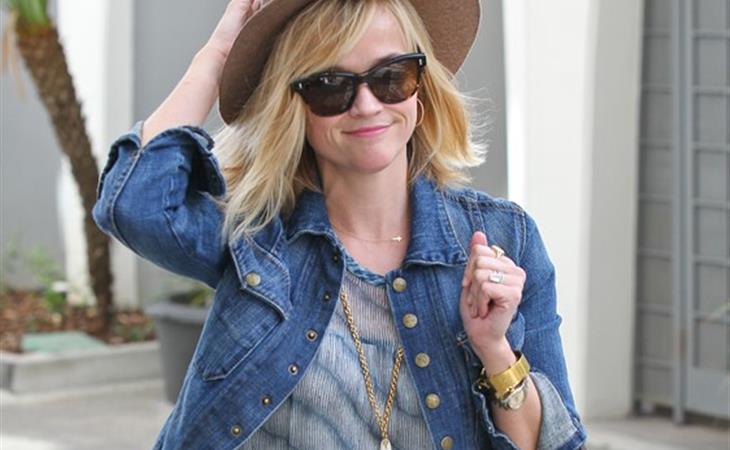 The Lifestyle of Reese Witherspoon 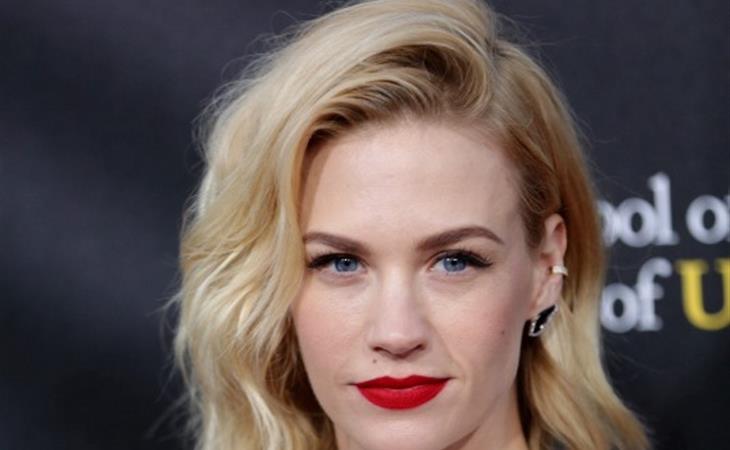