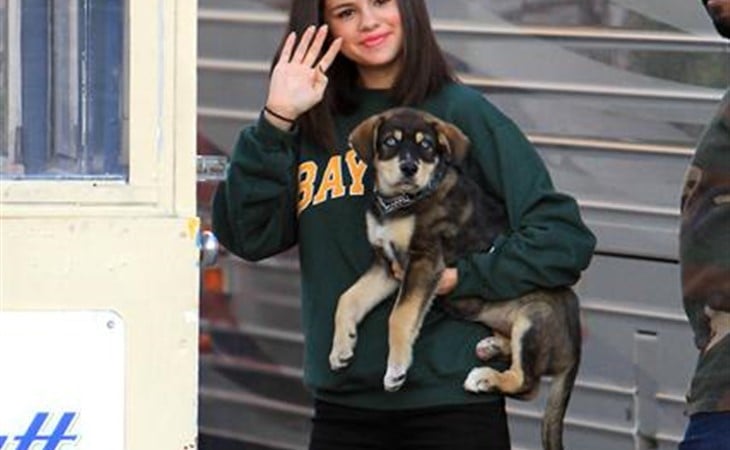 Selena & Justin adopt...and then he goes off with the boys

They weren’t just 69’ing at the hockey game in Winnipeg. While there, Selena Gomez and Justin Bieber hit up the animal shelter. They fell in love with a 10 week old husky mix. She called him Baylor. They took Baylor home. He’s their baby. Until they break up. Then what?

Don’t talk of such things. Selena and Justin forever and ever!

Here’s Selena in London, ON with Baylor yesterday. Justin meanwhile had already taken off.

On Sunday night he was with his “boys” Jaden Smith and Connor Cruise at Universal Studios Halloween Horror Nights in Hollywood. They stayed for several hours, going through the attractions, like any regular teens in any regular city...with a billion dollars, probably more, between them.

I had to laugh. If that’s the case, you kids are getting ripped off.

Still... I know Sasha needs to see images of these three rolling up together, catcalling at the girls. Because I totally do. In fact, if they could, all three of them, make it rain in their next video, with Bieber and Jaden on the mic and Connor on the 1s and 2s (he’s a DJ, didn’t you know), this would make my life.

Carey’s there every year

Why Aren’t You Watching? Part 1: WHO