Last holiday season’s movie talk was dominated by The Interview, the Seth Rogen movie that may or may not have prompted the Sony Hack. Sony famously dumped The Interview’s release, fearing further action from the hackers—they were already on their knees, it wasn’t an unreasonable thought—and ultimately it landed online, available through Google and Sony platforms. In the end, The Interview was dumb, but we had an unusually exciting holiday movie season in 2014 because Seth Rogen and his creative partner, Evan Goldberg, decided to make an intentionally offensive movie.

And I wonder if we’re looking at a repeat this holiday movie season. The first trailer—and it’s a red band, so NSFW—for The Night Before is out and it’s f*cking hilarious, but also like, whoa, there are no sacred cows here. Reuniting the 50/50 team of Rogen, Joseph Gordon-Levitt, and director Jonathan Levine, The Night Before is about three friends—Anthony Mackie is also along for the ride—having one last hurrah on Christmas Eve. Rogen & Goldberg are producing, and Goldberg co-wrote the script, and Sony has the grace to admit to being “the guys who almost brought you The Interview” in the title cards. Bonus points for Lizzy Caplan and A+ use of Wrecking Ball, with commentary by Mindy Kaling.

Rogen and Goldberg are crazy connected in the comedy community (via Judd Apatow), and they can pull the best for their projects, plus they’re good at talent spotting (see also: Randall Park in The Interview). So this is a really good-looking mix of people, in what looks like a very funny movie bound to piss off certain demographics. The clip of Rogen high and freaking out at a midnight mass is killer—you can’t miss your mark with that kind of set up, but if you hit it, the potential to crush the joke is enormous. Rogen & Goldberg, as a creative team, have brass balls and are unafraid of the dangerous joke. What I’m saying is, I’m very excited for Preacher. 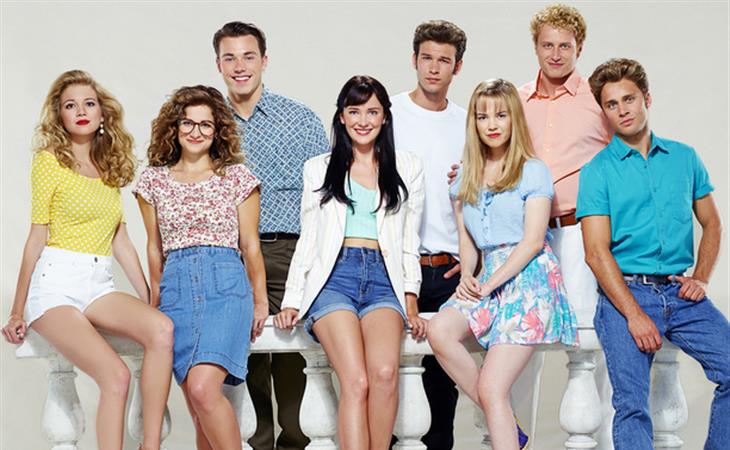