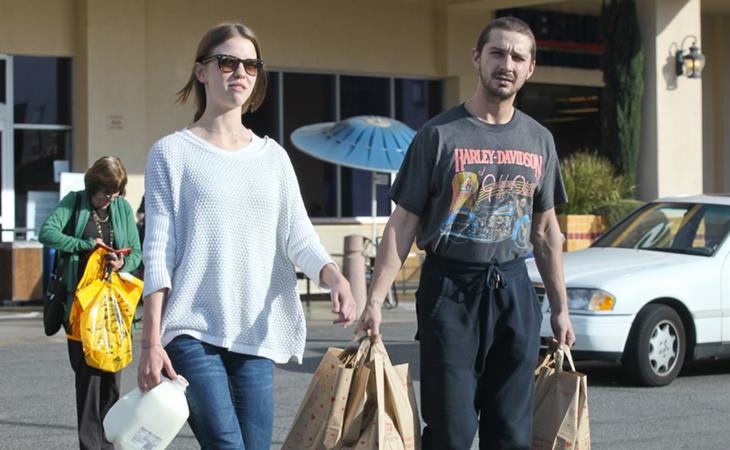 Sarah calls him a “thief and a liar”. Well this lying thief was out in LA yesterday and he still has a girlfriend, Mia Goth. Goth is young. Just 19, at the most 20. Which makes sense. Any woman more mature might not be able to handle his sh-t. And his relationships, like his professional life, are dramatic and intense.

Earlier this month, after LaBeouf’s ridiculous behaviour in Berlin, Jeffrey Wells, a film critic, remembered seeing Shia and Carey Mulligan in Cannes when there were at the festival for Wall Street:

“I once saw him give Carey Mulligan (whom he was seeing romantically during the making of Oliver Stone‘s Wall Street sequel) one of the darkest looks I’ve ever seen in my life.”

And you’ve seen these photos, right? Of Shia and then-girlfriend Karolyn Pho having a tearful, angsty argument? You have to be willing to put up with the Shia when you’re dating the Shia. And I’m not sure Mia Goth, at this stage in her life, knows any better.

What does it look like when he’s around her parents? Can you imagine bringing Shia LaBeouf home to your parents? My ma, the Squawking Chicken, would have some things to say about Shia LaBeouf TO Shia LaBeouf. There’s a chapter about this – my ma and my boyfriends – in my book, Listen To The Squawking Chicken. First she’d nickname them. Then, if they were twats, like Shia, she would wear me down until I realised they were twats.

“Ah Meat? Why you like Ah Meat? You sure you want to be with Ah Meat?” 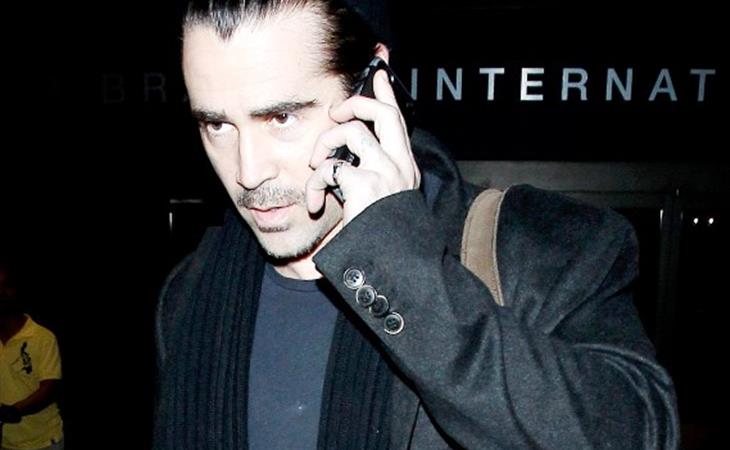 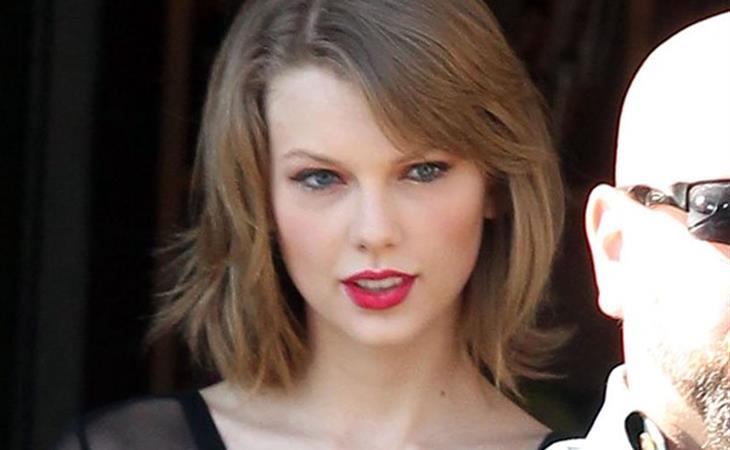