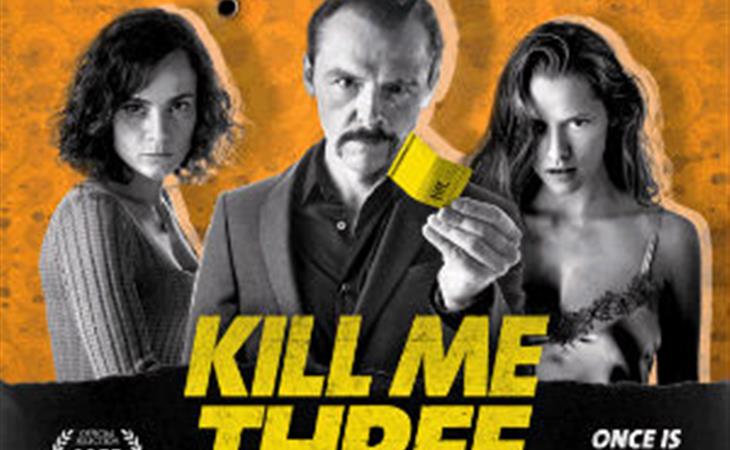 I’m a big fan of Simon Pegg and I want to like everything he does but sometimes—no. Australian black comedy Kill Me Three Times is the latest “Simon, I love you, but just no” (previous examples include Hector and the Search for Happiness and A Fantastic Fear of Everything). From Australian director Kriv Stenders and writer James McFarland—who has only this one credit to his name—Kill Me Three Times wants to be a Tarantino-style pulp thriller about Bad People doing Bad Things, but it doesn’t have the kind of dialogue or engaging characters you find in Tarantino’s movies. It doesn’t even clear the Grosse Pointe Blank bar for “charming hitman” action-comedies.

Pegg stars as Charlie Wolfe, a black-clad hitman working in Australia. The movie unwinds in three sections—TWEE GIMMICK AHOY—slowly fleshing out the series of murders and betrayals in a coastal Australian town. (Kill Me was shot around the horrifyingly beautiful Margaret River in Western Australian, from where my SUPER HOT Aussie ex-boyfriend hails. For some reason I can no longer remember, at 25 I didn’t want to move to Oz with him, so we split up, and I instead moved to Chicago, where it’s f*cking freezing for two-thirds of the year. My judgment is suspect.) The setting makes for gorgeous visuals, though Stenders seems a bit at a loss as he keeps repeating the same in-bound aerial sweep over the beach.

The non-linear narrative reveals a tangle of motivations that all amount to the same thing—everyone, for different reasons, wants Alice (Alice Braga) dead. Pegg and Braga aside, the cast is people with Aussie stars—I presume Pegg is there in hopes of making this movie more interesting to foreign markets—including Theresa Palmer, Callan Mulvey, Sullivan Stapleton, and star of classic American film Cocktail, Bryan Brown. The third Hemsworth brother, Luke, also has a principal role, and I spent all of his screen time thinking of a nickname for him. He shall henceforth be known as the Lesser Lesser Hemsworth.

Really the only problem for Kill Me is that it’s boring (see above: the Lesser Lesser Hemsworth). If you’ve seen any hitman-centric action-comedy, you’ve seen this movie already. At least when Pegg is on screen it gets a shot in the arm—he’s such a charismatic performer it’s impossible not to be engaged by him. The others, however, are very easy to find disinteresting. No one’s motivation for wanting Alice dead is particularly interesting, and we don’t know anything about Alice that justifies rooting for her survival. All we know about her as a person is that her husband’s jealousy is founded as she is cheating on him. But then her husband is an abusive jerk, so f*ck him, too. And the Lesser Lesser Hemsworth is a complete energy drain. I am convinced if you put all three Hemsworths in a movie together it would create a charisma vacuum that would open a black hole and destroy the galaxy.

Movies like this depend on witty banter but McFarland’s script doesn’t even come close. Pegg makes some hay with his reactions as his plans unravel, but no one else gets anywhere with the lackluster dialogue. Palmer starts out okay, playing her role like she’s in a gangster film, but then she ends up somewhere in the vicinity of “horror movie”. Only Pegg understands the kind of movie he’s in and seems to be having fun—such is the magic of Simon Pegg. And the over-the-top kill effects are out place since the tone of the rest of the movie is so bright and pretty. Bad People doing Bad Things in paradise has value, but those people have to be super shady and the places they inhabit must be equally seedy. Everything in Kill Me is too clean and polished; it works best as a travelogue for Margaret River. Why didn’t I go there? What was wrong with me?!

Kill Me Three Times is now available on demand. 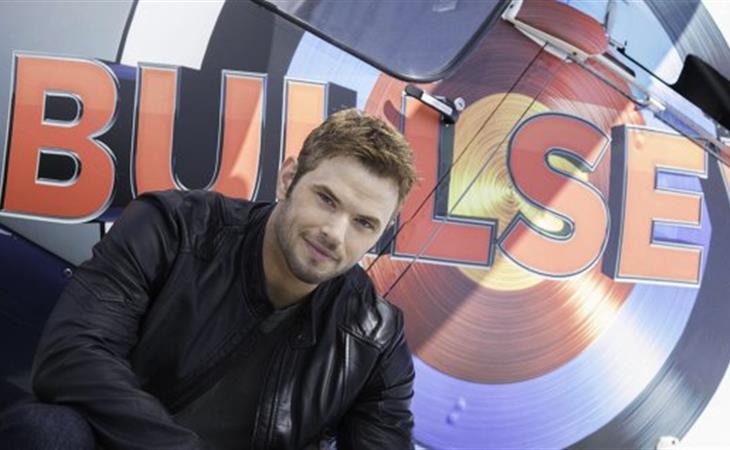 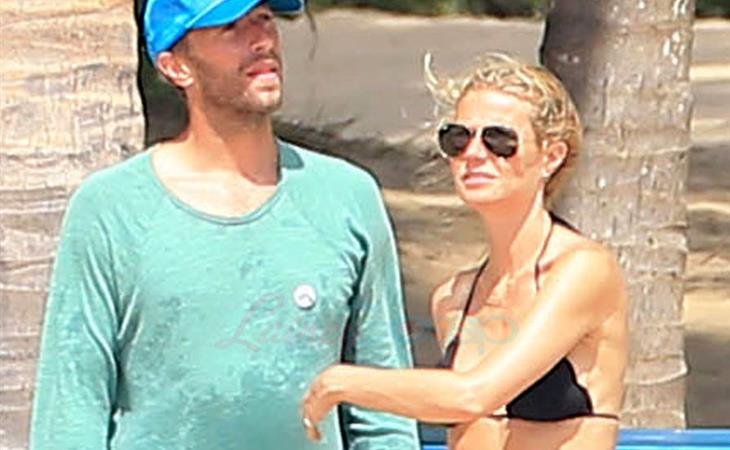