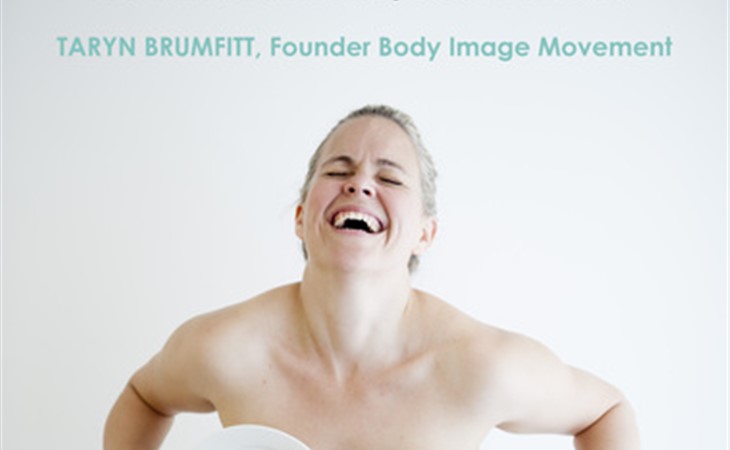 Body Image is something that I deal with every day, both in my own world as well as in the world of all of my clients and all of the emails I receive from readers asking me for help. But this conversation is nothing new and has been a prevalent issue among women in our world for decades.

I was invited to go and listen to Taryn Brumfitt the other night, an Australian woman who has been encouraging women to open up and talk about their bodies. As I had just spoken about the same issue the week prior at a smaller women’s event, I was keen to go and listen to what she had to say.

Taryn’s story is not unlike many women’s own stories and own struggles with finding a way to love their bodies. In her 20s and 30s she loved her body and did not think much about wanting to look this way or that but after delivering 3 children, and going through a roller coaster of emotions from loving to hating her body with each pregnancy, she decided it was time to change and have surgery to fix the things she hated so much. But it all came full circle for her one day while she was watching her young daughter play and she thought to herself, “If I can’t learn to love my body, how am I going to teach my daughter to love hers?”

We are surrounded every day with images of the perfect body. The unrealistic thin ideal. Bodies which women obsess over and take whatever measure they can to achieve them. We are inundated with images on magazine covers and on billboards that tell us if we use or buy their products we will look just like them. But what they fail to tell us is that even though the models that are used in the ads are already 10 or more points below what is considered average on today’s BMI scale, they still feel the need to photo enhance the images.

Just like a lot of women, I suffer with wanting the perfect body and I am affected by these images more than I would like. However, I guarantee that the celebrities that we try to emulate also suffer and have spent their entire lives trying to be thinner and prettier because if they don’t, someone else will.
I had this conversation with a client this morning, a young, beautiful girl who has a new three month old daughter. She came in for her workout feeling like a failure because she had allowed herself to eat too many treats with her husband while skipping all of her workouts. Then she compared herself to Kim Kardashian saying that if Kim can look that good post baby, why can’t she? I spent the first part of our workout explaining to her the realities of her world and that she needed to lower her expectations she had set for herself and we would take small steps together, rejoicing in all the victories along the way. I also explained to her that there is a reason why we do not see any photos of any celebrities until months after they deliver, because they are working hard to get their bodies back, something that is possible when you have endless amounts of resources.

However, last night as I talked with my friend, and client, who has a young daughter and had a killer body 2 weeks post baby, she explained to me the negative comments she would receive from other mothers in her life. They would be quick to comment on how unfair it was that she managed to get her body back so quickly and she must not be eating as that is the only possible way she could look so good.  She is lucky that she has genetics on her side but she also worked hard throughout her pregnancy to make sure she stayed fit and healthy.

What is the lesson here? We can’t compare ourselves to anyone, nor can we judge others because health looks different on everyone.

So what needs to change? We need to accept things that we can’t change and let it go. But the things that we can change we really need to think how much effort we need to exert in order to make that change happen. If you are a busy mother of two with a successful career, set realistic expectations on yourself that are going to fit into your lifestyle. Because if you don’t, you are setting yourself up for failure.

When it comes to me and my body, I am still working on accepting it and loving it, and I think that is ok.  And I keep things in perspective, trying to be thankful for what I have and embrace what I love as we ALL have things we battle with. At the seminar Taryn emphasized a point I tell people all the time which was when we are taking our last breath, what are we going to be thinking about? How our bodies looked?  Or the gifts our bodies gave us and the experiences our bodies allowed us and the memories that our bodies created for us?

I struggle with the idea of being satisfied and accepting things for what they are because I think it is important to always try to be our best and there is nothing wrong with wanting to make a change. But what we need to make sure is that the desire for change is coming from the right place and it is realistic.  And do not be afraid to fail along the way; in fact if you fail right off the start but pick yourself up and try again you quickly learn that failing is actually not a big deal.

I do not feel as though the conversation about women and body image is going away any time soon but I do feel that the more we talk about it and the more we bring awareness to it, the easier it is going to be for girls of all ages to be comfortable in their own skin. 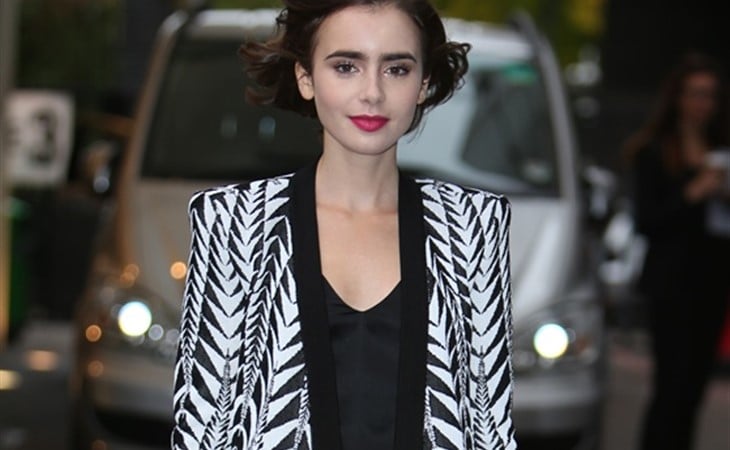