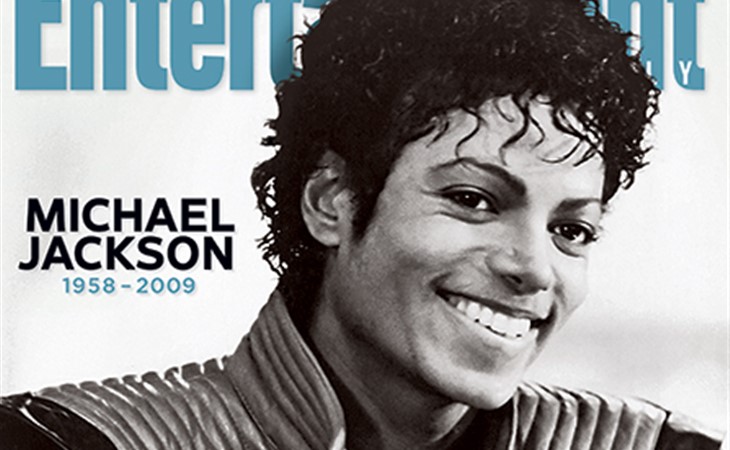 There are so many pouring in (mostly on Twitter!?!!!!???) but this one so far is my favourite. Because I love Stephen King. He writes beautifully, dispassionately, and almost always captures the right tone.

In the new issue of Entertainment Weekly – a special edition dedicated to MJ – King, who is a regular columnist for the magazine (and his columns are the BEST), remembers Michael:

Sixteen years ago, the King of Pop called the king of horror with an idea: What if they paired up to make the scariest music video ever?

“One day during preproduction, I was in on a conference call about the choreography, and Michael fell asleep. On another occasion, he called my wife, wanting the phone number for wherever I was that day. She gave it to him. Michael called back five minutes later, on the verge of tears. He hadn’t had a pencil, he said, so he’d tried to write the number on the carpet with his finger, and he couldn’t read it. My wife gave him the number again. Michael thanked her profusely…but never called me.

The video contains some of the best, most inspired dancing of Jackson’s career. If you look at it, I think you’ll see why Fred Astaire called Jackson ‘a helluva mover.’ You’ll also see Jackson’s sadness and almost painful desire to please. Yes, I am strange, his eyes say, but I am doing the best I can, and I want to make you happy. Is that so bad? This is a sadness that’s all too common in people who possess talent in amounts so great it has become a burden instead of a blessing. Despite being extraordinarily beautiful (although he had probably already begun the elective surgeries that would ruin those amazing looks), Jackson was painfully shy, and difficult (sometimes impossible) to talk to, but watching that old video still makes me happy…and no, that’s not bad.

It’s worth noting that he was never convicted of anything in criminal court, and when I asked Mick—who hung out with Michael occasionally— he was emphatic in his belief that Michael Jackson was indeed innocent of the abuse allegations. In the court of public opinion, however, he was found guilty of Weirdness in the First Degree, and ended up secluded in one haunted castle after another. Finally, he died in one. Strange man. Lost man. And not unique in his passing. Like James Dean, Elvis Presley, Kurt Cobain, Heath Ledger, and a dozen others we could name, he just left the building far too soon. Because, man oh man, that guy could dance.”

If you’ve never seen Ghosts and you have some time, the videos are below.