Brace yourselves for Oscar: TIFF 2013 Preview

People keep complaining about how terrible movies are, and while yes, it was a bad summer for the studios, there have already been some pretty great movies this year. If anything, the ham-stringing of the tent poles opened up the market for smaller independent and character-driven movies to emerge and led to a healthy summer for art houses and on demand releases (and please stop equating VOD to straight-to-DVD. VOD is the future, not a graveyard).

What I’m saying is, it took me for-f*cking-ever to write this preview because TIFF’s line-up is crazy good and there are SO MANY GOOD MOVIES coming out that I don’t want to hear any more about the death of cinema.

If last year’s Oscar race was competitive, then I don’t know what to call this year. The running of the bulls for movies? TIFF’s entire lineup is up-and-down-all-over Oscar bait, and it was super tough to pick the ten likeliest-looking titles for early Oscar hopefuls. The obvious ones are Steve McQueen’s 12 Years a Slave, August: Osage County—is anyone else side-eyeing the potential Meryl Streep/Julia Roberts showdown for who gets submitted for lead vs. supporting categories? If anyone would dare encroach on Meryl’s territory it’s Julia Roberts—Iranian filmmaker Asghar Farhadi’s The Past (Le Passe), which has already won Berenice Bejo a best actress award at Cannes, and Dallas Buyers Club, aka Matthew McConaughey Really Wants An Oscar.

Wikileaks drama The Fifth Estate has timeliness on its side, plus Benedict Cumberbatch, who ought to get a boost from a small turn in 12 Years to corroborate his effort here. Likewise, Daniel Bruhl could parlay his performance as F1 driver Niki Lauda in Rush into a booster for a Fifth Estate campaign, or vice versa and use Estate to bolster Rush. The movie itself is a long shot, but I never want to bet against Ron Howard and his connections, plus the production design and cinematography are solid. Another potential lead actor is Idris Elba for Mandela: Long Walk to Freedom. Like Cumberbatch, he’s been building momentum the last few years and it’s starting to feel like his moment. Bonus points for Naomi Harris going in the supporting actress category for her portrayal of Winnie Mandela.

Alfonso Cuaron’s space nightmare Gravity is already garnering more buzz for its aesthetic than the acting, so it’s looking like a stronger technical candidate than acting one, but if the lead actress race is soft, Sandra Bullock could make a run at it. A stronger option in that category is Judi Dench in Philomena, about a mother seeking a child she was forced to give up for adoption. French actress Adele Exarchopoulos is this year’s Quvenzhane Wallis Award for Name No One Can Spell recipient, and she also got a lot of positive notice at Cannes for Blue is the Warmest Color, as did her co-star, Lea Seydoux. It won’t be released in France in time for Foreign Language consideration but the leads could be contenders in the actress categories, though the NC-17 rating and three-hour runtime is a handicap.

Atom Egoyan’s movie about the West Memphis Three starring Reese Witherspoon, Devil’s Knot, premieres at TIFF but doesn’t have US distribution yet, so its odds lie mostly on whether or not it gets a 2013 release. Ditto for the post-World War II drama The Railway Man, starring Nicole Kidman and Colin Firth. It’s produced by Lionsgate but they haven’t set a US release yet, and I expect how it performs at TIFF will decide what kind of effort is made on its behalf, especially as Kidman is also backing Grace of Monaco and won’t want to compete against herself.

Only Lovers Left Alive was well received at Cannes, particularly for being Jim Jarmusch’s most accessible film in like, ever. It’s probably too much of a lightweight, but I don’t want to count out Jarmusch for his screenplay, especially if the film is as watchable as people say—he could get a writing nod just for making something bearable for once. Likewise Enough Said is in contention primarily for being one of James Gandolfini’s last movies. And then there’s Belle, a UK import about a mixed-race woman who grows up in an aristocratic household. It has a Royal Affair/Anna Karenina vibe, and could launch Gugu Mbatha-Raw on the international stage like Alicia Vikander last year, plus land the obligatory Corsets Galore Costume Nomination.

The odds are long but the premises are interesting. Top of my list in this category is The Disappearance of Eleanor Rigby, a three hour affair told half from the perspective of “Her” (Jessica Chastain) and “Him” (James McAvoy). It’s not finished and isn’t scheduled for release yet, but I’m curious about a two-perspective movie, plus the logistics of how it would be released. One long movie? Two movies released weeks apart? It feels more like an experiment than an actual film, but it’s intriguing.

Prisoners is getting faux-Oscar-hopeful treatment, hoping to pass for a Mystic River type, and it does star my Forever Love, Jake Gyllenhaal, with bonus Hugh Jackman. Speaking of Forever Loves, Mark Ruffalo and Keira Knightley’s Can a Song Save Your Life? is part of the Special Presentation program, but it doesn’t have distribution yet (sure to change quickly, given the cast). And then there’s The Double, the movie that brought Jesse Eisenberg and Mia Wasikowska together, and Dom Hemingway, in which Jude Law plays a shady London gangster. He is always such a good scuzzbucket.

Finally, there’s a Scarlett Johansson double feature with Under The Skin and Joseph Gordon-Levitt’s directorial debut, Don Jon. I don’t know what kind of water she’s been drinking lately, but God, I am super into Scarjo these days. Under The Skin is the more interesting of the two, and is about an alien (Scarjo) who travels through Scotland. Don Jon looks cute, and holy F*CK does Scarlett look hot in the trailer, but it seems pretty fluffy. Like, decent rom-com at best.

Start stockpiling your supplies now—it’s going to be a long road to Oscar. 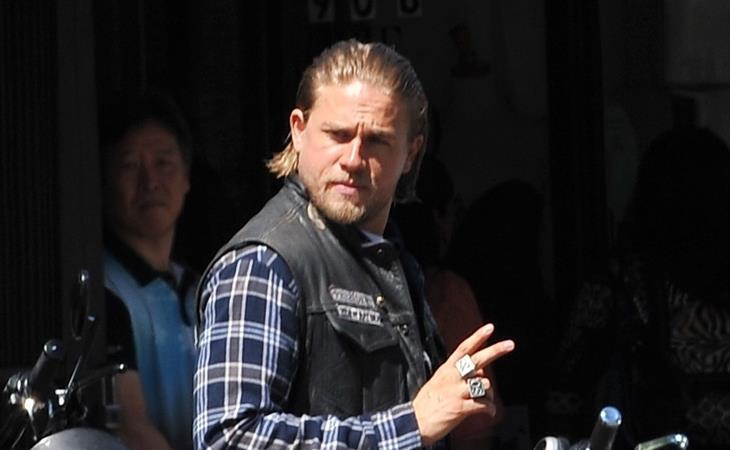