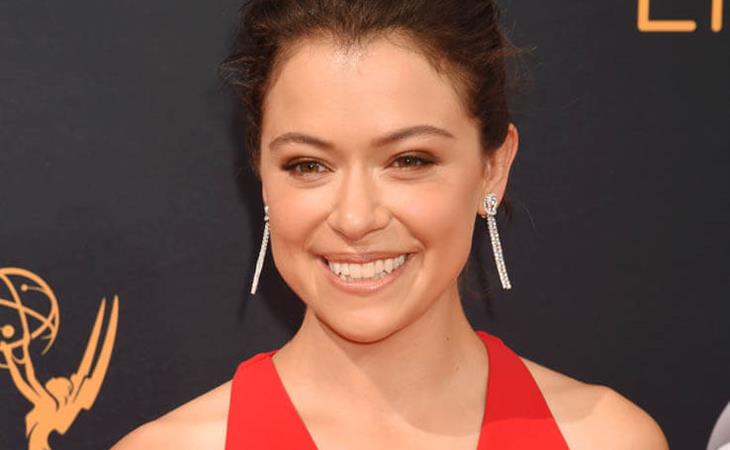 So? Now that the Best Actress in a Drama award has gone to Tatiana Maslany for playing ALL – or, okay, most – of the characters in Orphan Black, are you more inclined to try it? This is an award where previous winners include, you know, Viola Davis, Claire Danes, Julianna Margulies – the kind of women who are number one on the callsheet, who are complex and funny and infuriating, which is what makes the show go. Does it make you want to check out the show more?

The best thing that happened on Twitter early this morning is that I noticed that ‘Tatiana Maslany’ wasn’t trending.

No, instead ‘Canadian Tatiana Maslany’ was trending. That’s how all the headlines were referring to her, and I was a bit amused.

Canadians want to make damn sure you know that Maslany, who will obviously see her career and recognition skyrocket exponentially (and she was already on fire), is one of us. Her win counteracts the all-too-pervasive stereotypes that Canadians don’t have star power, that Canadian TV can’t play in the big leagues. There’s a policy change going on right now because some producers have told the government they can’t sell Canadian writers and actors to the rest of the world. Sure.

Then some Canadian writers come up with some incredible characters, six or seven or nine of whom are played by one woman born in Saskatchewan, everyone gets addicted, and you’ll pardon us if we have to do a little flag waving.

Speaking of – her red dress, which I did not think of as a nod to Canada until right now, was simple and beautiful. As our friend Lorella said, who’s ever seen illusion netting that matches that perfectly? It’s not what I associate with Maslany on red carpets – last year’s white suit seems more ‘her’ – but it will be timeless in pictures, which is good.

Because I suspect ‘Canadian Tatiana Maslany’ is going to be getting a lot of attention.

P.S. It's churlish to complain when things are going well, but this would have pissed me off no matter who won. How come the male actors in a drama each had a clip of their performances played? A tiny, ineffectual clip, to be sure, but still, some evidence of the aforementioned 'dramatic acting' - and the women didn't? I could almost have understood if it was the first category of the night, and then they dumped the video packs going forward because the show was running long -- but when you're already under scrutiny as an industry for being biased towards men, moves like that tend to look KIND OF RIDICULOUS. I cannot wait to find out the full story there. 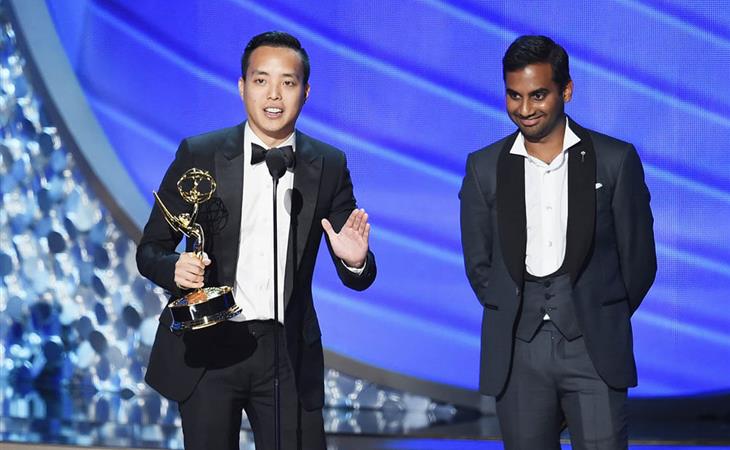 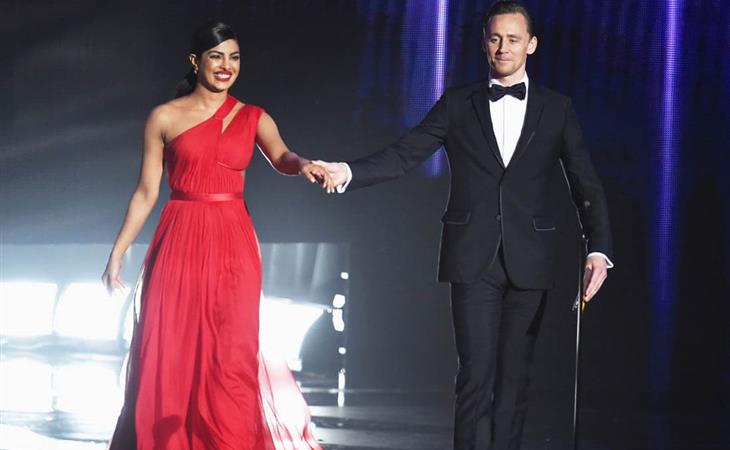