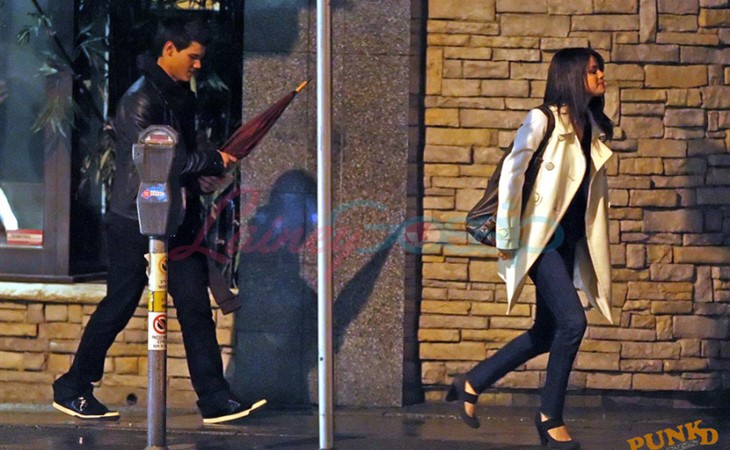 Young love in the rain

Marcus’s best friend Kona comes over every day and they hang out. Sometimes they sleep on the bed. Sometimes they grunt at each other and stay in separate bedrooms. At 3pm, on the dot, like clockwork, they present themselves outside my husband’s office and not very respectfully demand that it’s time for ballchasers. If he tries to ignore him, they sit at the front door and act depressed until he relents. Once they arrive at the park, they ignore other dogs and stick to themselves. If another dog wants to join, they act like mean girls and move away.

I watch them and hug myself it’s so cute.

I almost feel this way about Taylor Lautner and Selena Gomez. Almost. It’s a compliment. Because I normally hate children. My husband is very happy about this new development. He thinks I might have a soul. Then I yelled at an old person on the television last night and he realised I don’t. Just because people are old, doesn’t mean you have to ignore them when they say ignorant things.

Anyway, Taylor and Selena went out for dinner last night. Two and a half hours. Afterwards they walked back in the rain giggling, awkward but eager, not wanting the night to end.

They have been seeing each other almost every day. This past weekend they went bowling, then stayed in with DVDs. Kids still go bowling and watch movies. It’s comforting.

I’ll watch with you…